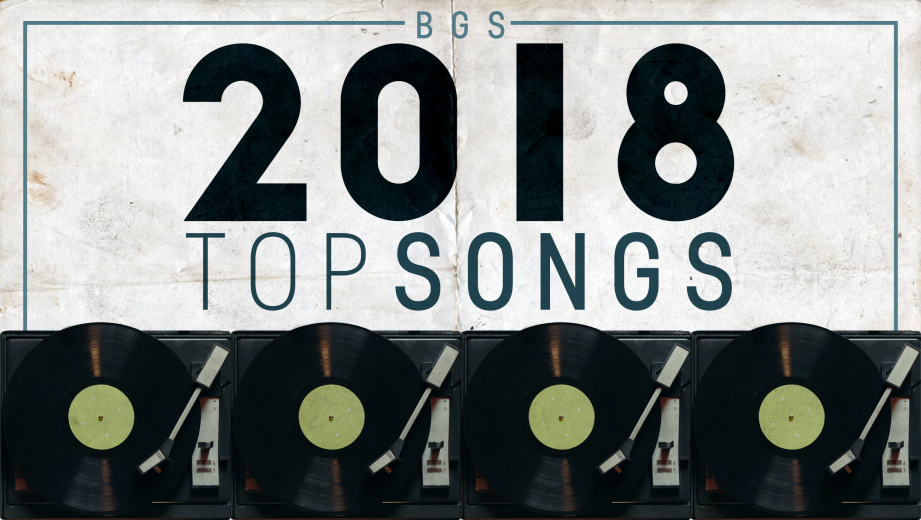 Here at the Bluegrass Situation, we’re always eager to hear a new song. This year it’s likely that thousands of them drifted by, each with their own charms. Yet, rather than ranking our favorites, we decided simply to pick 10 tunes that grabbed our attention — listed here in alphabetical order. Take a look.

Birdtalker, “Be Where You Are”
Nashville’s Birdtalker took flight when husband and wife Zack and Dani Green started writing songs more for enjoyment than with career plans. But they’ve got a career now as a breakout band with an intuitive, joyful flavor of folk rock that brings listeners into a comforting fold. “Be Where You Are” is a lushly arranged meditation on staying in the moment, a rebuke to both brooding nostalgia or anxious speculation, not to mention the great screen hole. From getting the reverb just right on the opening guitar figures to the juicy intervals in the vocal harmonies, this is among the most enchanting and centering tracks of the year. –Craig Havighurst

I’m With Her, “Hannah Hunt”
It’s been a big year for I’m With Her, the supergroup comprised of Sara Watkins, Sara Jarosz, and Aoife O’Donovan. Their album was an expert blend of harmonies and modern roots craftsmanship, but it’s this single (recorded at Spotify Studios) that takes their art to a whole other level. Their cover of “Hannah Hunt” will make you forget that the original Vampire Weekend version ever existed. —Amy Reitnouer Jacobs

Loretta Lynn, “I’m Dying for Someone to Live For”
Loretta Lynn and co-writer Shawn Camp go straight to the heartache on “I’m Dying for Someone to Live For,” a highlight of Lynn’s Grammy-nominated album, Wouldn’t It Be Great. By now, the lonesome whippoorwills and the weeping willows in these lyrics are as entrenched in country music history as the Coal Miner’s Daughter herself. Contributing to the pedigree: Lynn recorded the album in Johnny Cash’s former cabin, with John Carter Cash and Loretta’s daughter, Patsy Lynn Russell, handling production. For those days when nothing but a sad country song will do, you can still count on Loretta Lynn. –Craig Shelburne

John Prine, “Summer’s End”
At 72, John Prine is churning out some of the best work of his already genius-level career. Of all the tracks from The Tree of Forgiveness, however, “Summers End” is Pure Prine Perfection. It’ll make you laugh, then cry, then want to listen to it all over again. –Amy Reitnouer Jacobs

Missy Raines, “Swept Away”
Raines and producer/banjoist Alison Brown brought in the strong-women-of-bluegrass cavalry as the backing band for 2018’s International Bluegrass Music Association Song of the Year, showcasing each woman who was first to win in her respective instrumentalist category at IBMA: Becky Buller, Molly Tuttle, Sierra Hull, and Raines and Brown themselves. Still, the song itself supersedes its virtuosic, socially-important trappings. Written and first recorded by bluegrass legend Laurie Lewis, “Swept Away” is a stunning reminder of Lewis’ artistic ingenuity, constantly creating music that all at once sounds unfathomably brand new and comfortingly timeless. Raines tipping her hat to Lewis, in this context, and then to each of her fellow first-women-to-win, is the cherry-on-top of a song that will always be a testament to the amazing women of bluegrass, in whatever form it may take. –Justin Hiltner

Moira Smiley, “Refugee”
Smiley wasn’t merely inspired by news reports to write “Refugee,” a highlight of her sparkling Unzip the Horizon album. The Vermont native drew on her global interactions with people and cultures shaped by migration and refugee experiences — particularly her experiences in refugee camps in Europe as a volunteer with the Expressive Arts Refuge organization. She even enlisted refugee residents of the so-called Calais Jungle and referenced music of medieval expulsions. “So here we are again, in a different, but related era of diaspora,” she told BGS in March. “What can we learn from the past? How can we be compassionate to each other as these big forces are hurting our brothers and sisters?” –Steve Hochman

Stick in the Wheel, “Follow Them True”
This London band may be one of the unruliest acts in the contemporary English folk scene, finding inspiration in centuries-old work songs that speak to present-day issues of class and marrying acoustic instruments with dance production techniques. Perhaps their boldest move yet is the title track to their second album: “Follow Them True” is a new song that sounds old, with a lilting, quietly majestic melody and a set of lyrics that might serve as the band’s mission statement. But it’s less about what Nicola Kearey sings and more about the way she sings it. She filters her voice through an effects pedal that she manipulates in real time, twisting and bending her voice as though the song is echoing across hundreds of years. The effect is both old and new, conjuring the past to point toward the future. –Stephen Deusner

Aaron Lee Tasjan, “If Not Now When”
I saw ALT perform previews of the songs that ultimately came out on Karma For Cheap at Nashville’s Basement East and didn’t realize how much I needed these weird guitar riffs. Led by “If Not Now When,” the recorded version of this album doesn’t disappoint. Tasjan steps away from his more countrified roots and takes it in a more cosmic, gritty direction and the results are glorious. –Chris Jacobs

Anna Vaus, “The Ground”
The first winner of the Miranda Lambert Creative Fund—which the singer-songwriter created to support women in the arts—Anna Vaus promised to be a formidable songwriter. After all, if she garnered Lady Lambert’s approval, she must have a way with words. Vaus’ debut California Kid showcases her exacting lyrical prowess, leaning into honest moments that aren’t exactly pretty, but she saves her best for last. Closing song “The Ground” opens with ponderous guitar while Vaus’ voice stretches her major moment of self-reflection taut. Laden with grace, she lays bare her penchant for messing up a good thing. “Love sure feels like flying on the way down,” she sings, twisting the final moment with a guitar riff that underscores the weight of her realization. “It ain’t the fall that hurts, it’s the ground.” –Amanda Wicks