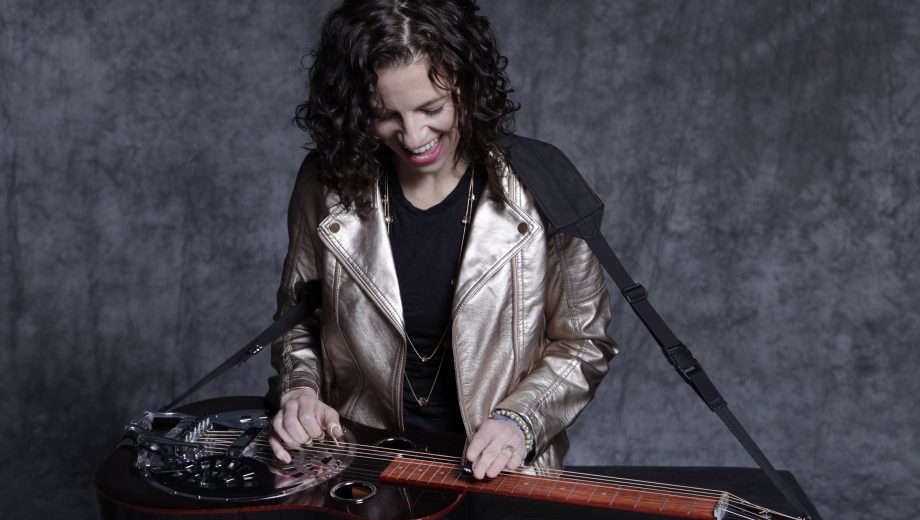 In Their Words: “This song was the result of challenge called Real Women Real Songs, where 14 women across the U.S. endeavored to write a song a week for a year. The prompt ‘fear’ came up about 30 weeks into the project. I was a bit tired of all my feelings by then, so I grabbed the ukulele and wrote this little bluesy tune. I snagged the bass line from the album version of the song and developed a solo Dobro arrangement.

While making the record, I became enamored with the big empty room full of light next to the recording studio (Big Orange Sheep in Brooklyn). I remember thinking that it would be the perfect place to film a simple video with a live recording of just me and the dobro. Videographer Michael Croce had me run the tune about four times, while the original engineer from the CD (Chris Benham) recorded through a single condenser mic… the cable fed right through a hole in the wall to his studio next door!” — Abbie Gardner