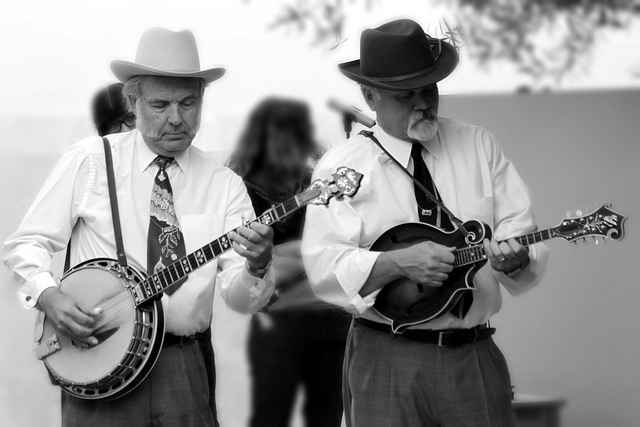 Macon, GA — In what he called the most grueling step of the recording process, fiddle player and aspiring producer Steve Duncan, of the recently formed nu-funk dance pop bluegrass band the Appalachia Seeds, could not manage to keep their upcoming EP under the 90-minute mark. “Do I cut into Jerry’s seven-minute, monster fingerpicking guitar solo, Ethan’s absolutely transcendent pedal steel part, or my own epic fiddle super-interlude? It’s tearing me apart.”

Duncan guaranteed the studio engineer that every excruciating note holds a place on the final mix, arguing that although there are only four songs on the EP, each exhaustive, drawn-out solo is integral to the smooth jam vibe the band believes they’re delivering.

“After the Live from Larry’s Tiny House bootleg got leaked at Merlefest, we’ve seen how the extended-extended play format can create a frenzy of new fans,” he said, citing their six-spot jump on the local ReverbNation bluegrass chart. “We can’t keep conforming to traditional EP lengths, if we’re really going to blow up this scene. The revolution is now, man.”

Filled with overconfidence and near-complete disillusion, Duncan has since booked an extra week in the studio to record more material. The questionable executive decision will set the band back more money than they could ever dream of recouping from their fan base, which currently consists of elderly family members and loner single friends.

Photo credit: Prayitno / Thank you for (8 millions +) views via Foter.com / CC BY.