Bluegrass is One ‘Big Family’ in New Documentary 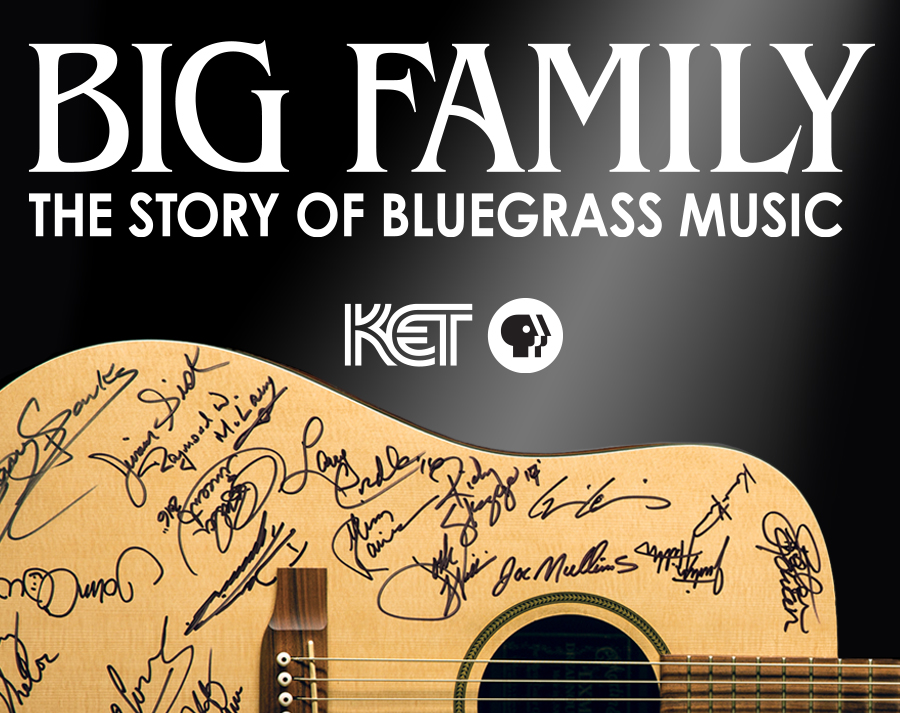 Here’s our interview with filmmakers and producers Nick Helton and Matt Grimm.

BGS: How was the idea for this documentary conceived — and, was the “big family” concept a theme you expected to find going in? Did the perspective inform the content and footage, or vice versa?

Nick Helton: We had an idea of a bluegrass family tree going in, but realized that the connections between all the musicians wasn’t that straight. But the “Big Family” theme was a constant and seemed the obvious choice for the title. I’d say the content influenced the writing and editing.

Matt Grimm: That’s right, we would often ask our interviewees, “How would you describe bluegrass music in one word?” Several people responded that bluegrass music is just like a “family.” That theme continued to resonate as we conducted other interviews and could see the interconnectedness within the genre.

There have been bluegrass documentaries along these lines made in the past. What new ground did you hope to cover by making this film?

MG: Our aim was to tell the comprehensive story from the perspective of a wide breadth of those in the genre, while also sharing some great music and rare footage at the same time. While formulating the script with our writer, Teresa Day, we saw parallels between the evolution of bluegrass and America’s larger societal issues. For instance, the effect that economic migration had on the music in the 1930s or how the social revolutions of the 1960s played out in bluegrass music also. By including these larger themes, we hope the film will also have broad appeal and reach a wider audience.

NH: We hadn’t seen a documentary that went this in-depth, especially with interviews and narration telling the story. We wanted a film that would introduce a new audience to the genre, but also entertain and inform the fans of bluegrass music.

Kentucky’s bluegrass heritage certainly informs the film — and its inception — but how deep is that connection to you and the team at KET?

MG: KET has a long history with bluegrass music. Beginning in the 1970s, KET has routinely shared bluegrass music with its viewers. I grew up in New York State and was probably first introduced to bluegrass as a child watching The Andy Griffith Show reruns with my family. Watching “The Darlings” (The Dillards) pick together onscreen was so much fun. I have always enjoyed the music, but have grown to understand and appreciate it so much more now.

NH: I’m a Kentucky native so there was some pride in making a film about our native-born music. I formerly produced/directed the KET bluegrass music show Jubilee, so I have been involved in the bluegrass music scene in a television capacity since 2007.

There’s quite an array of stars, artists, and interviewees who appear. What informed your selection process?

MG: We wanted the film to include a chorus of musicians from across the genre. All the interviewees bring their own bluegrass story and perspective. Hearing from those from California, New York, or even Tokyo was just as important to us as hearing from bluegrassers from Kentucky and Tennessee.

NH: We are lucky that the IBMA World of Bluegrass event exists. We attended that week-long conference twice during the interview process, which allowed us to interview dozens of people in one location. Other interviews were based upon availability of artists and their role in the story.

We definitely recognize that narration voice work. How’d you come to work with our friend and co-founder Ed Helms?

NH: Ed was on a very short list of narrators we felt had a tie to the music in addition to the chops for narration. We met someone from The Bluegrass Situation at IBMA in 2016 and when the time came to pursue narration used that connection to inquire about Ed’s interest. Ed was quick to reply, his schedule worked out, and he gave us a perfect narration read. We couldn’t be happier to have Ed involved.

MG: That’s right, Ed was perfect. We were thrilled he agreed to be a part of the project.

What do you hope the film accomplishes as it is released into the world? What response have you gotten from the bluegrass community?

NH: We’ve had a few preview events around Kentucky this summer to promote the film; the response has been overwhelmingly positive. We received a standing ovation at the first screening, which was an amazing feeling. We hope the bluegrass community is proud of how they are represented and that we bring some new fans to the genre.

MG: We hope the film connects the dots for some who have never heard the bluegrass story in this way. It has been wonderfully received. People have expressed their surprise over learning new aspects of the story and, I think, have found it very entertaining. We approached the task with a great deal of respect and admiration for the music. It has been our privilege to share this story. It’s been a lot of fun too.