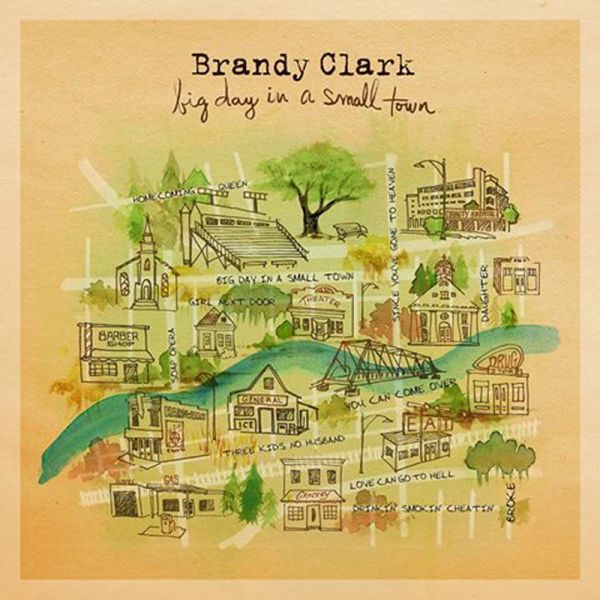 Brandy Clark understands all of the inhales and exhales of humanity. Not the just the quick, excitable sighs that come with the first beats of a new romance, nor just the deep, shuddering moments that accompany a great loss or tragedy that leaves us struggling for air. Clark looks deeper, for those times that often go unnoticed, but perhaps say much more than labored gasps and gulps. On "Three Kids, No Husband," off of her sophomore release, Big Day In a Small Town, it's a single mother stealing away for a few minutes of oxygen on the balcony, that come drifting in through plaintive and quick pulls on a cigarette. It's a picture she first conjured on her debut, 12 Stories, with "Get High" — how, for these vibrant characters, sometimes the smallest, most savored respites can be found in an ashy drag.

Written with Lori McKenna, "Three Kids, No Husband" (featured here exclusively in a demo version) is true to Clark's representation of the world at large: There's the struggle of the single mother, balancing both a job at the diner and dirty diapers, but it's never condescending to her plight. She's tired and worn, but the blame is on the cards she's dealt, not her babies — a subtlety of motherly love that many songwriters chose to ignore or just don't understand. It's not a glamorous version of parenthood, but it's true, and Clark gives anyone raising a child (from the smallest towns to the biggest cities) the respect they deserve. "A real life hero, if you ask me," she sings. "Those kids ain’t gonna raise themselves." Just remember to breathe.