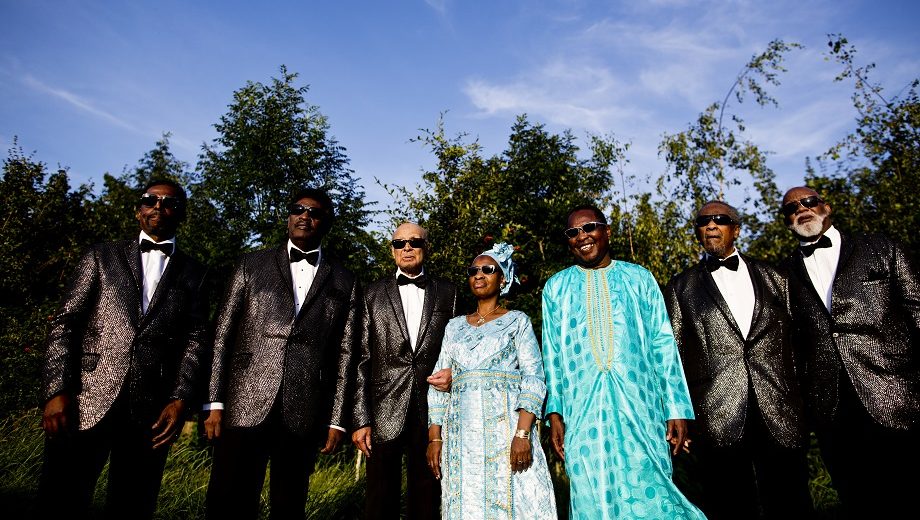 Get off your couch and go hear some live music with Britain’s Got Bluegrass! Here’s the BGS-UK monthly guide to the best gigs in the UK and Ireland in July.

There are still day tickets available for the final Sunday of Cambridge Folk Festival and believe us when we say we’d pay the face price just for this single gig. Blending music by Amadou & Mariam and Blind Boys of Alabama, “From Bamako to Birmingham” is a special collaboration between two roots supergroups celebrating the African source of American gospel music, and it’s going to be a powerful closer to the festival. Of course, your £75 will also get you in to see Richard Thompson, Sarah Darling, Mishra, Jack Broadbent, Fisherman’s Friends, and many more acts, so consider it an utter bargain.

Having brought Newport Folk Festival to its feet alongside Rhiannon Giddens in Our Native Daughters, Amythyst Kiah arrives in the UK with her solo material. The Tennessee songstress has a devoted following in Britain – she’s played Celtic Connections, Edinburgh Jazz and Blues festival, and last year’s Cambridge Folk Festival – and here she’ll be visiting a whole host of venues across her 16 dates, from Wales and the West Country, London to the Midlands, Leeds, Manchester, and Glasgow.

In 2016, Mark Kilianski and Amy Alvey spent an entire year travelling around the US, living in a campervan, performing wherever they could. As Hoot and Holler, their resultant fiddle and guitar duo (although both are given to instrument-swapping) pays beautiful tribute to the old mountain music of the Appalachians, while incorporating their own contemporary songwriting. It’s old-time and new world combined, and it’s utterly captivating. You can catch it Newcastle, Padfield, Huddersfield, Liverpool, Sheffield, St Davids, as well as several dates in Northern Ireland where they’re appearing at the Appalachian and Bluegrass Festival in Omagh.

The Lost Words was one of the bestsellers of 2018 — a beautiful illustrated book that combined the incomparable nature writing of Robert Macfarlane with the mesmeric drawing of Jackie Morris. Now as Prom 49: The Lost Words Prom, it’s found a second life as a musical project, one that has assembled a stellar crew of Britain’s greatest folk musicians including Karine Polwart, Kris Dreever and Beth Porter, as well as Senegal percussionist Seckou Keita. Inspired by the animals, birds, and landscapes from the book, they have created a series of “spell songs” intended to charm a vanishing world back into existence. This special Prom amps it up with full orchestra and the additional contributions of beatboxer Jason Singh, violinist Stephanie Childress and the National Youth Choir of Great Britain. There are lots of different price points to choose from — and of course if advance tickets sell out, you can always queue on the day for gallery or standing tickets, and do it the proper Promming way.

The Kentucky songwriter Tyler Childers has enjoyed such a sudden rise in popularity that you can now buy tickets to his 2020 UK tour (dates include the Manchester Academy and the Shepherd’s Bush Empire, if you’re interested). But there’s no need to delay your gratification that long. Just get yourself to The Haunt in Brighton on 28th August, or the Rescue Rooms in Nottingham on 29th — or head down to Salisbury for the End of the Road festival. He’ll be playing there alongside acts including Beirut and Michael Kiwanuka, in the wonderful surrounds of Larmer Tree Gardens.