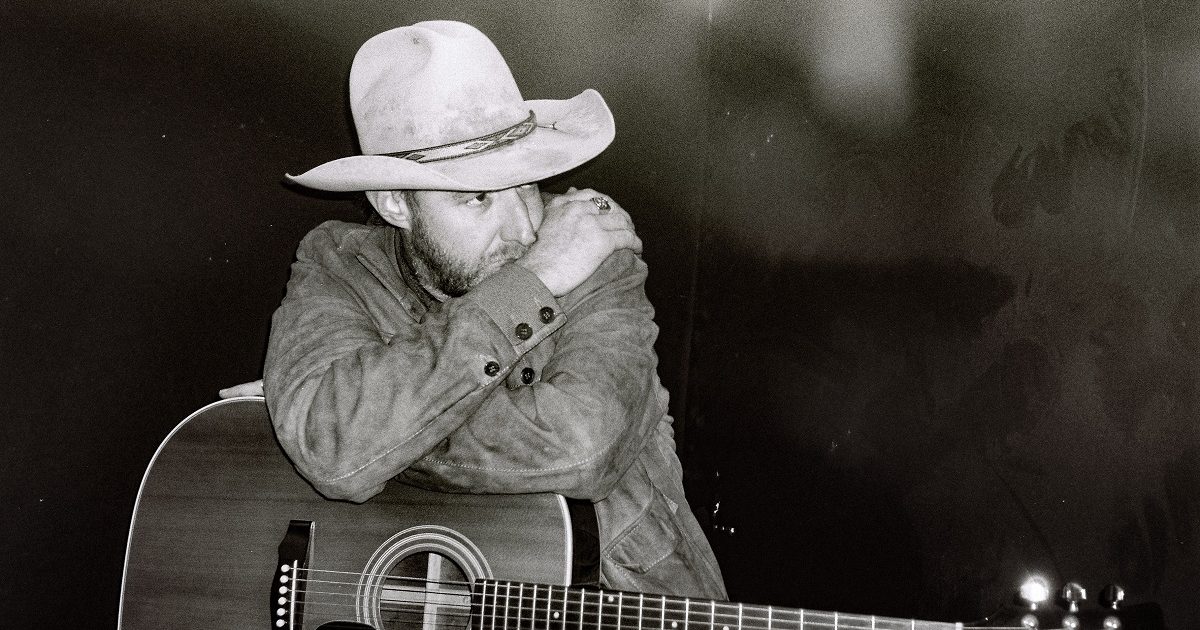 I was driving back from busking in San Diego for a couple of months. I was out of money and a good friend of mine’s parents wired me $200 to get home to East Texas. I was very discouraged. I had a handful of songs that I thought were good and turned out playing for tips on the boardwalk wasn’t going to make me enough to eat and rent a couch, so on that long drive home I was somewhere in the Arizona desert on Interstate 10 and I pulled over and had a good cry. I knew at that moment I was going to be a songwriter, an artist and somebody that was going to leave an impression on this world. Before I made it to my parents’ house, I stopped at a junior college and enrolled in the music program. I got a free ride if I sang in the men’s choir because they were short of a dusty tenor. I dropped out a year and a half later to go on tour. I’ve pretty much been on tour since.

My uncle was a big Nashville cat. He sang in Reba’s band and has sung high tenor harmonies on over 25,000 albums. I was obsessed with country music growing up and he was my only link from East Texas to the mecca of songwriting. I played him some terrible songs at 18 and he was very patient while listening. His advice was simple. “Don’t tell me about it. Paint it for me.”

I think Kris Kristofferson has got to be right there at the top. When I moved to Austin in 2005 from Longview, Texas, I thought for sure I was destined to be the next Kris. It’s pretty hilariously naive looking back, but a kid’s gotta have heroes and he was and is still mine. I’ve probably studied his songs more than anyone’s. There’s a raw and exciting poetry to his work but also an approachable simplicity. It’s a master class in songwriting and composition every time I sit down with an album like Border Lord or The Silver Tongued Devil and I. I think about these albums when I paint a picture in a song. An easy close second would be Willie.

A good friend once told me that there’s a huge difference between having no traction at all and a little bit of traction. I first saw a little bit of that traction while playing the White Horse in Austin, Texas, week after week. When the band is crushing it and the dancefloor is packed with amazing two steppers (which I do believe Austin has the best two-step culture in the country) it’s like being in the eye of a hurricane. It’s about 105 degrees and it’s all cowboy hats, naked knees, flipping skirts and sweaty bodies churning and churning to your song. There ain’t nothing like it.

I was doing a show up in Oklahoma with a songwriter named Butch Hancock and Turnpike Troubadours. I got to talking with Butch over a few beers in the parking lot of an old motor lodge where the venue put us up and he asked me what my hobbies were. I shrugged and said it was just writing songs. He kinda snapped at me like I was crazy and told me if I didn’t find another hobby I was going to shoot my songs in the foot. “One day your well is gonna dry up and if you don’t have another place to fill it, who knows if you’ll ever get it back.” Really terrifying words for a young songwriter. I bought a camera soon after and started studying portraits as well as documenting my tour life. Certain films and books have of course inspired many of my songs. I’m a huge Cormac McCarthy and Larry McMurtry fan. Photography has become a serious passion for me and sometimes a camera can be a great way to meet people. I have my first gallery show October 28 in Lockhart, Texas, at the Commerce Gallery. I’m pretty excited about it and am definitely inviting Butch!