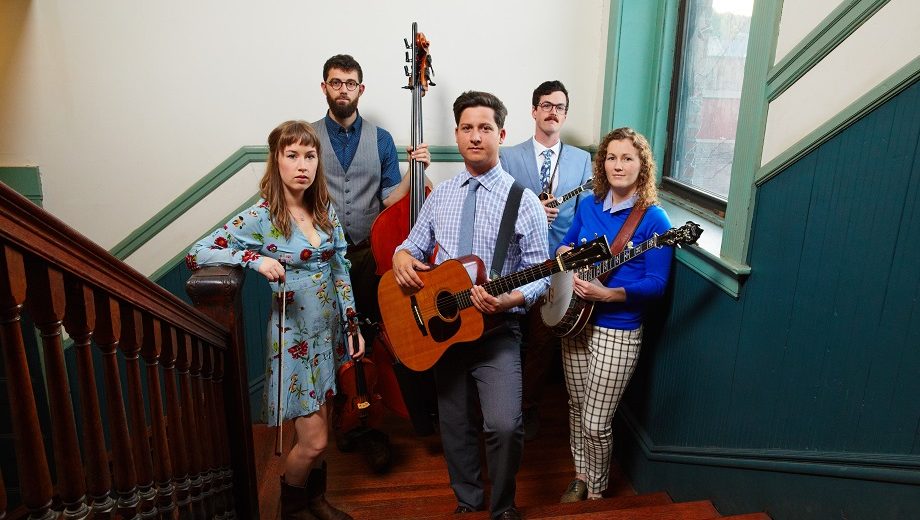 Get off your couch and go hear some live music with Britain’s Got Bluegrass! Here’s the BGS-UK monthly guide to the best gigs in the UK and Ireland in March.

First let us rave about Mile Twelve, a band who, unlike the bearded wonder, have never played in the UK before, and who will–we guarantee — send you home with a big smile on your face. This young five-piece from Boston are some of the most skillful musicians of their generation — they’ve picked up multiple Emerging Artist award nominations at past IBMA Awards for their ability to mix hard-driving traditional bluegrass with a thoroughly modern sensibility, all while charming an audience’s pants off. Catch them on this UK tour and you’ll be able to say you saw them first… Check out their cover of “Rocket Man.”

If there’s a musician more likely to bring a British arena to its knees this month, we’d like to know who it is. In a land of anxiety-ridden repressives (we can say that because we are too), Chris Stapleton is so droolingly cool that it’s tempting to worship him as a god. Last time he was in the British Isles he was duetting with Justin Timberlake at the Brits, for heaven’s sake. In addition to Glasgow, you can catch his barrel-aged voice in Dublin and London, where he’ll be sharing the billing with Keith Urban, Lyle Lovett, Ashley McBryde and Lady Antebellum among many more at the C2C Country to Country music festival.

Thunder and Rain, from 6 March, nationwide
A dreamy blend of dobro, mandolin, guitar and bass, the Colorado-based band Thunder and Rain sound as Golden as the town they hail from. There are plenty of opportunities to catch them across the UK and Ireland on their month-long tour, from Bangor to Basingstoke, Southport to Middlesbrough, and Edinburgh to Whitstable.

With their Ethan Johns-produced album dropping this summer, it’s a good time to introduce yourself to Ida Mae, the husband-wife duo of Chris Turpin and Stephanie Jean. Their previous band, Kill it Kid, specialised in indie-grunge, but they’ve now created an altogether mellower sound that’s already proving hot property stateside. Having upped sticks from north London and moved to Nashville, this is a rare chance to catch them back in Turpin’s hometown. They’ll also play London’s Omeara before heading back to the US to tour with Blackberry Smoke.

The three artists in I’m With Her don’t like being called a supergroup. So let’s just say that the hot-damn are-you-serious this-is-too-much power trio of Aoife O’Donovan, Sara Watkins, and Sarah Jarosz stop off in London for a single night at the Hackney Empire before they embark on a European tour of Norway, Denmark, the Netherlands, and Spain. And if you’ve never heard them sing live, you need to get yourselves to this gig and find out just how many ways their vocals can break your heart.