Bruce Robison & Kelly Willis: In Service of the Song 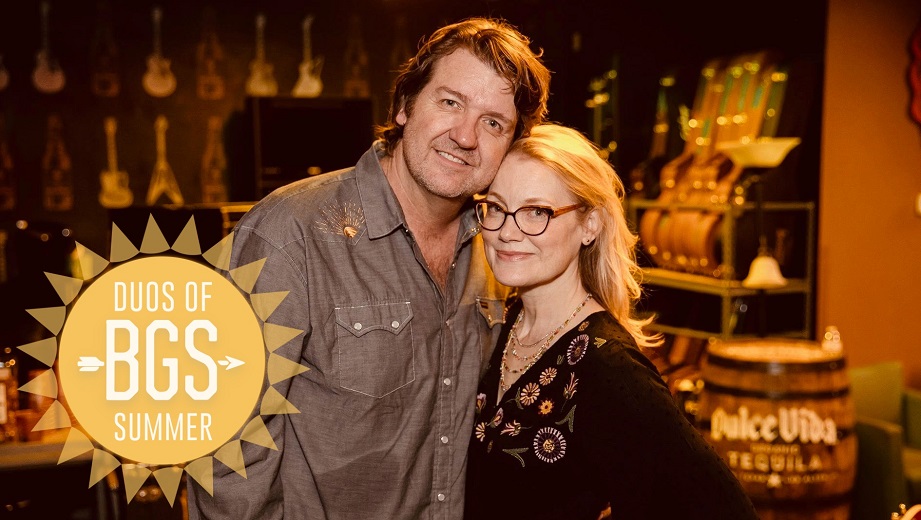 Although their individual careers have been moving in different directions over the last few years, Bruce Robison and Kelly Willis have circled back closer to each other and put together a group of songs — a mix of originals, carefully selected covers, and choice vintage nuggets — for their newest project, Beautiful Lie. “We were just ready to make another album,” Willis says. “Enough time and space had passed and it felt fresh, and we had all these ideas that we wanted to work on.”

On Beautiful Lie, Willis’ crystalline vocals wind around Robison’s grizzled voice and float along a river of pedal steel, piano, and guitar, creating a pure beauty that the couple is so adept at calling forth when they work together. While it’s never easy to find time to record, the two have fun and feel the joy of their union when they can come back together for a project, even though they both love their solo work, too.

Last year Willis released her first solo album in more than a decade, Back Being Blue, and she’s just come off the road from a mini-tour with Dale Watson. In 2017, Robison released Bruce Robison & the Back Porch Band, which he recorded in his own studio, The Bunker, in Lockhart, Texas, near the couple’s home base in Austin. He’s also been producing artists for his Next Waltz record label, including future singles from William Clark Green, Carrie Rodriguez, Flatland Cavalry, Shakey Graves, Wood & Wire, and Willis Alan Ramsey. “We have this core group of musicians there now,” he says, “and it’s a place where people can come to record this kind of music that you can hear on this album. We’re still growing and developing a lot.”

Robison and Willis have been married since 1996, but this is only their fourth album of duets, including a holiday collection. Robison observes, “It’s always been great that we had our own careers. I’ve always seen the stuff we did together as magical stuff.”

For the new album, they collected songs along the way and they “would just sit down and start singing them,” says Willis. They know when to sing, when to pull back, when to add that special verse, and when to put a song aside for another album.

“I love his instincts for me,” Willis says. “I have a hard time communicating my musicality. We’re able to enhance and understand each other. It’s sort of a natural undertaking. I’ve always really understood his music and wanted to add something to it.”

Willis isn’t credited as a songwriter on any of the album’s ten tracks but her interpretative stamp can be heard throughout Beautiful Lie. As Robison says, “Kelly and I have creative differences in a way that is helpful. Take a song you like and stick with it and give it to her. Sometimes she loves the melody, or she gets into it and changes it all up.”

Willis points out that those creative differences can sometimes be challenging, but the choices they make are ultimately in service of the song: “When we do music together, it’s different from doing a solo album. I might bring in a song I really want to do, but if it’s not working—no matter how much I try to make it work—we’ll put it aside.”

The couple’s dynamic vocals define the project, with each singer taking lead on songs that fit their own vocal approach perfectly. “We messed around with each song to see who would sing the lead,” Willis says. “Ninety-five percent of the time it sounds better for the female to sing lead. Sometimes Bruce will say, though, that for a certain song he thinks it works better with a male lead.”

The material on Beautiful Lie ranges from the aching title track (an Amazing Rhythm Aces cut) to the rollicking Robison original “Brand New Me.” Adam Wright contributed three songs including the skittering “Can’t Tell Nobody Nothin’,” written with his wife Shannon Wright. Meanwhile, Robison and Willis deliver a stunning cover of “Lost My Best” from Uncle Walt’s Band, as well as the skate-across-the-sawdust-floor Del Reeves classic “One Dime at a Time.”

Perhaps the best getting-over-a-breakup song in either artist’s sizable repertoire, the wry “Nobody’s Perfect,” also by Adam Wright, celebrates the freedom that comes with discovering just how much better it is to be with nobody than with somebody who’s always leaving. The loneliness settles in the hollow of absence at first, but not for long. With brilliant use of a mundane phrase, which cuts several ways in the song, “Nobody’s Perfect” turns the meaning of its titular phrase on its head.

A native Texan, Robison even found a muse in the Astrodome, which he’s been going to since he was 4 years old, when the Houston landmark was still new and shiny: “It was this arena where I saw demolition derbies and circuses.” Following a recent visit, he recalls the tiles dropping from the ceiling and how the once-golden palace of his memories has fallen apart – an observation that inspired a wistful song simply called “Astrodome.”

Capturing the overwhelming power of love, “Coming Down” opens with guitars floating over a subdued steel and blossoms into a straight-ahead country love ballad. Robison carries the song with an honest, plaintive vocal that’s elevated on the chorus by Willis’ harmonies. “I don’t write love songs,” Robison says. “If you went and listened to the other 200 songs in my catalog, you wouldn’t find a love song. I was [at] the songwriters’ festival in Key West a few years ago, and I wrote this song out real quick. I can’t fake the feelings in this song.”

As Willis points out, “I love his songwriting and his songs. I think the mark of a great songwriter is the ability to turn a phrase, and he is great at it.”