‘Can I Eat This?’ Food, Foraging, and Music with Sean Rowe and Guest Alisa Amador (Episode 2) 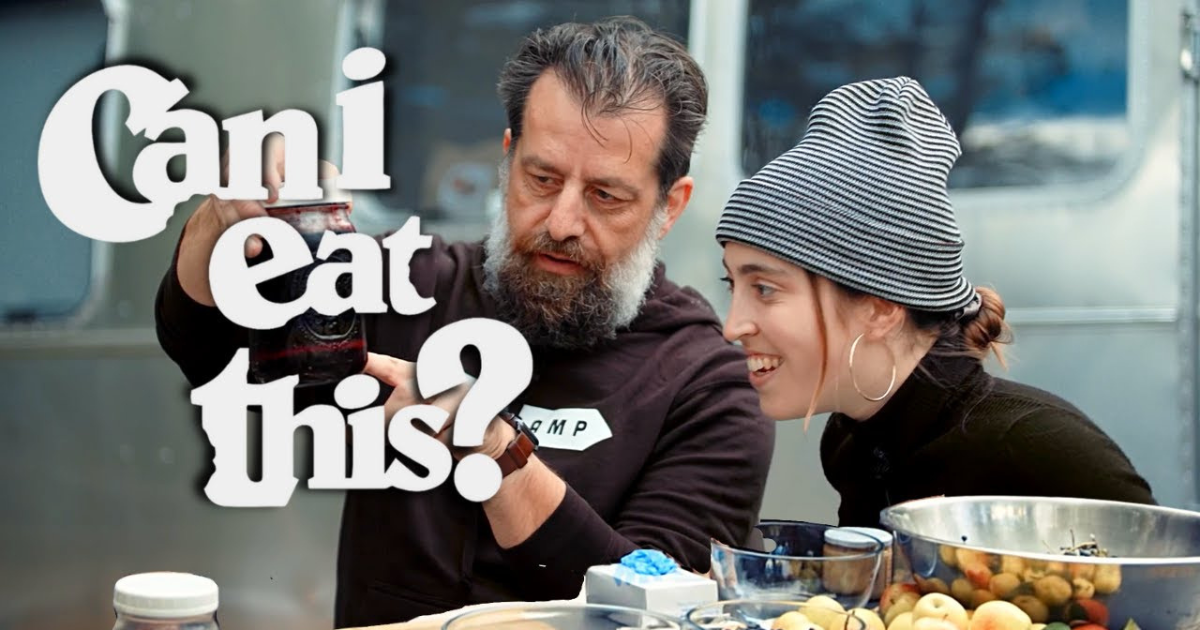 BGS is thrilled to present the second episode of Can I Eat This?, a new series from singer-songwriter and avid forager Sean Rowe. In each episode, Rowe is joined by a musical guest with whom he ventures out into woods surrounding the artfully designed grounds of AutoCamp’s Catskills resort where wild food abounds. In addition to finding, harvesting, and preparing their haul, Rowe and his guest record a song together. In this second episode, he performs Tom Waits’ “Hold On” with Alisa Amador.

“You really never know what kind of chemistry you’re going to have with another artist on set,” Rowe says. “I’d never performed with Alisa before and in fact, hadn’t even met her before she showed up for the shoot! I love the risky element of improvisation where you just don’t know what to expect, but Alisa’s positive energy on the set was palpable and infectious.”

The developing interest in foraging can be attributed to a number of factors including a flood of popular books and documentaries detailing the alarmingly negative health and environmental impacts of America’s fast-food/factory-farmed-based diets. Also, after more than two years spent in an emotionally-charged state of isolation, many are seeking out the space and quiet serenity of nature. Taken in combination, the series is a gentle and inviting respite from modern life and provides viewers with relatively simple methods of making positive changes in their lives.

Among other wild foods-based programs, which tend to be serious in tone with an emphasis on survivalist themes, Can I Eat This? stands out. Rowe’s enthusiasm is infectious and welcoming to anyone who wants to learn more about this increasingly popular pursuit.