Canadian Songwriter Mariel Buckley Finds Motivation in Being an Outsider 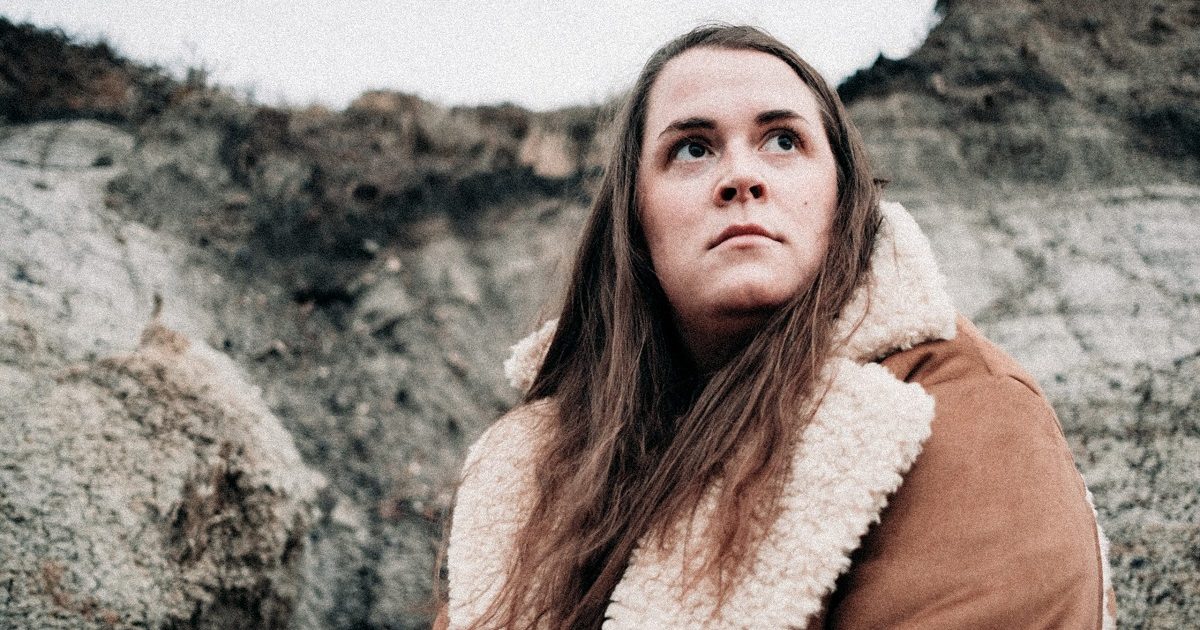 Mariel Buckley considered calling her new record Sad All the Time, named after one of the B-sides of what eventually became Everywhere I Used to Be, out now on Birthday Cake Records. She laughs to think of it now, recalling her realization that it might be off-putting: “No one’s gonna listen to that. Other depressives and that’s it.”

The thing is, Buckley doesn’t need to be so literal when her smoky voice, a bit of gorgeous pedal steel, and plenty of synth so masterfully convey the deep longing and heartache heard on Everywhere I Used to Be. Growing up playing music in the prairies of Calgary and working at a local record shop exposed her to songwriters as beloved as John Prine and Lucinda Williams, and kept her rooted in her own local music community.

“There’s a great community up here,” she says, noting fellow Canadian artists like Kacy and Clayton, banjoist Amy Nelson, Del Barber, and Kathleen Edwards, among others. “It feels small, but still very mighty.”

Buckley’s second album journeys through the bleak scenery of dusty dives, churches with neon crosses, strip malls and supermarket parking lots, cheap motels, and the ever-unforgiving endless highway. She writes with an intense focus on the details, the dirty floors and the coffee cups filled with cigarette butts, always with an underlying sense of nostalgia for the way things were, and always with a solid hook. Envisioned as a true pop country record, Buckley’s stamp on the genre has been years in the making and producer Marcus Paquin was up for the challenge of spinning her somber, introspective tunes into undeniably catchy earworms. Her country roots show themselves in her storytelling (and the occasional waltz), and her rich, husky tone brings levity to the moments of despair she so vividly captures.

Though she is reticent to call the new record an arrival of herself as a fully realized artist, she is coming into her own with Everywhere I Used to Be, showing up unapologetically herself and stepping out of the shadows and into the light.

BGS: This album sounds big, from your vocals to these progressive pop melodies. Was that what you were going for when writing these songs?

Buckley: I started out pretty traditional country, so I don’t know if it’s so much … a vision, as much as these songs really leaned in that direction melodically. And then once we got in the studio and I knew I wanted to make, for lack of a better term, an actually good pop country record — once we started throwing those ideas around, it became a big sonic thing that I don’t think I really anticipated prior because I write everything out with just a guitar and my voice. Pop music is without a doubt the most influential and interesting kind of music and I wanted to do [it] properly and not digitally with the banjo running through 24 effects. I just wanted to honor it a little bit. I love traditional country songwriting, and I think that’s what I write. And then how they come out and how they’re arranged is always really fun, but I do just write Patsy Cline songs over and over. I’m not doing anything new.

What is your relationship to bluegrass music, if any?

Certainly in the east coast part of my family there was lots of Christian kitchen jam bluegrass that happened, and in my years of touring and listening to music, I’m a big Tony Rice fan. I love bluegrass and definitely have a strong appreciation for it. Weirdly I was listening to a ton of it when I was writing just because I find instrumental bluegrass great to help me formulate ideas. So it was there, though not present sonically on the album.

Marcus Paquin is known for working with artists like Arcade Fire and The National. How did working with him come about and how did he help steer the record?

That was an intentional choice. I was just rifling through records he had made and was like, “This would be so cool to make a country record with this guy who probably doesn’t listen to country at all.” We had an easy relationship hookup. He’s such a cool, big-brained music nerd, and he’s got a million ideas at once. His frenetic energy was so great to work with, so energetic and so exciting and inspiring. When we would chase ideas, he was just so positive that it became a lot more of an environment where I wanted to try new stuff as opposed to being kind of curmudgeonly.

There’re a couple songs where I don’t play any guitar which is, for me, a totally weird vibe, I just feel naked. “Whatever Helps You” is a drum machine, a bass pedal steel and like, forty synths. I was really challenged by that because it’s a bizarre feeling to be like, “I’m not in charge of the melody and when it’s going where,” but he definitely had a lot of confidence in me just as a singer to follow that. Another one was “Shooting at the Moon.” I had it pinned maybe 10 BPMs slower than it ended up being and he was like, “Maybe this is a rocker, we could push it!” He was great that way.

Your songs paint these landscapes of dreary, desolate places, but you contrast them with these really pretty, driving melodies. That juxtaposition perfectly captures the complexities of appreciating your roots and where you come from, but also feeling disillusioned by it all.

You totally nailed it. This place I’m from out in the prairies here can be quite conservative and difficult to be a member of if you’re a little bit (or a lot a bit) different. It’s a double-edged sword because I’m so nostalgic for this place … but obviously it’s been really tough. For me—and I’m sure everyone says this—the song thing is like a catharsis. Those melodies and that hope is a very genuine part of the content. I know that I’ve experienced some of that dark shit I’m writing about, but there is a glimmer of hope no matter where you’re from. That’s what I try and look for even when I’m painting the really dark stuff. I try to leave a little bit of hope in there with my voice.

Especially up here where there’s not as many people, it’s pretty spread out, but the amount of times that I’ve wanted to move to Vancouver or Toronto to have a semblance of a community of any kind… If everyone just runs away to Victoria and builds their dream home, there’s a lot fewer of us that are staying for all the kids that are going into school and have to deal with all the same shit we had to deal with several generations after the fact. I think it’s very important to stay rooted in a community that was difficult for you because you can be the person that you needed for someone else.

How did you stay hopeful yourself when you’re revisiting the difficult stuff and the heartbreak?

Getting that out on paper is very empowering, I think. When I feel like I can write more songs like that, or more songs that can speak to people in whatever way that happens to be, that’s the marker for me that keeps me hopeful, is knowing that people are gonna see themselves a little bit in these songs. Over the course of writing [Everywhere I Used to Be], I’ve learned that as much as it is like, diary rock, and I’m certainly self-obsessed, the best part is when someone really connects with that and brings it to you. That gives me so much hope and inspiration to keep writing and keep trying. It’s the whole act of releasing the record. Now it’s not mine anymore, it’s for other people.

You’ve described yourself as feeling like an outsider, and in “Shooting at the Moon” you sing about wanting to be the underdog. What does that mean to you in terms of identity?

It’s really just such an apt description for how I’ve felt my whole life. Growing up in such a conservative part of the world and being such a unique, weird kid that just wanted to shave my head and not go to school, it kind of became a part of me for better and for worse. There are parts of that I’m trying to let go of the older I get because the world is not always against you and trying to keep you down… But there’s also great power and for me, it’s hugely motivating to be second place or to be reaching for a thing because when you’re underrepresented, it’s a huge win to get to those places as somebody that is already at a disadvantage. It is my biggest motivator.