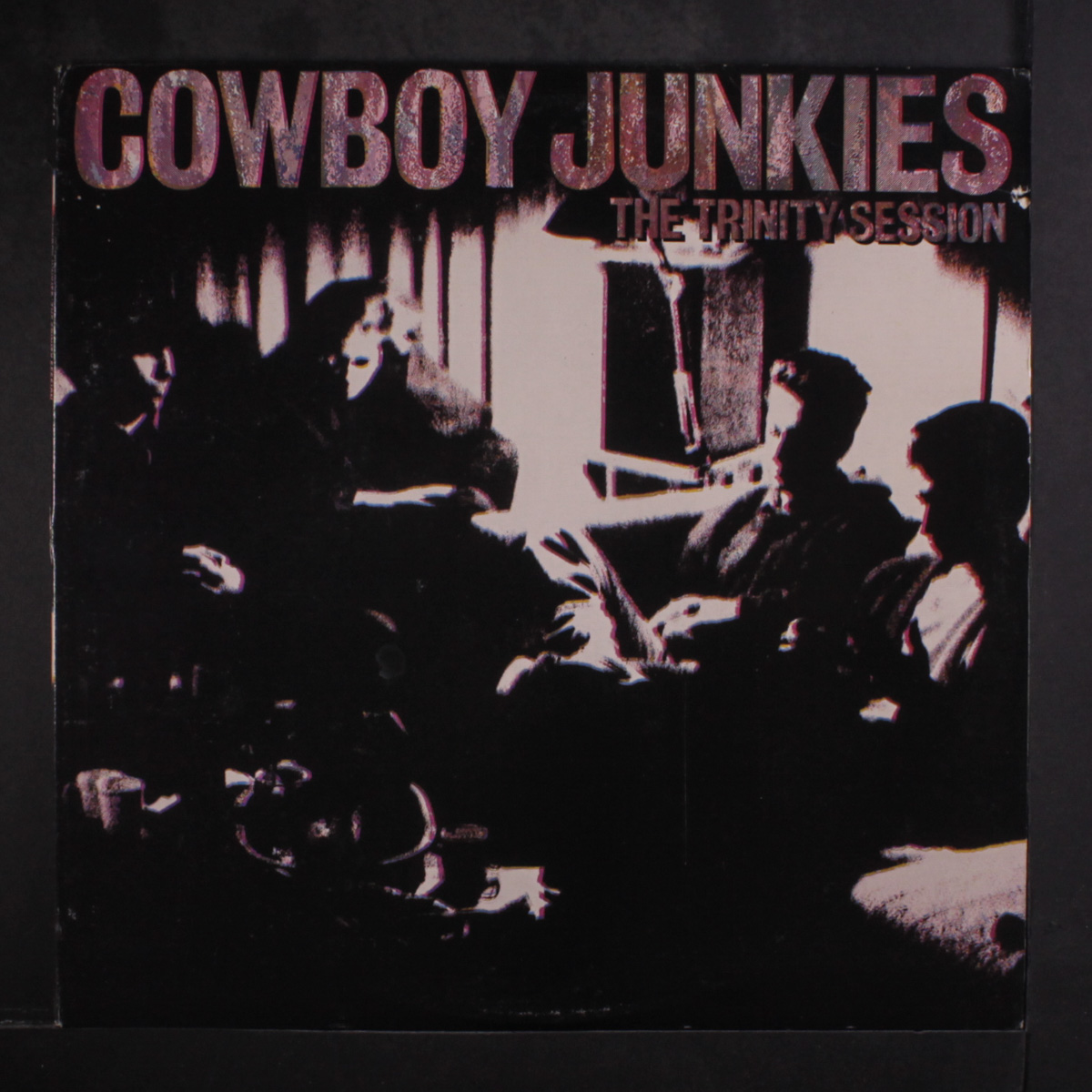 “Roots” is an impossibly broad term that reasonably encompasses every strain of American music, from folk and country and gospel to bluegrass and blues and rock, from hollers, reels, and jigs to ballads, anthems, and laments. That makes for an incredibly diverse catalog of songs and albums that fall under that heading. Each month Stephen Deusner examines an album that lies either in the center — or more often in the margins — of what might be considered the roots canon … if there even is such a thing.

Let’s get the formalities out of the way first: The Cowboy Junkies’ second album was recorded at the Church of the Holy Trinity in Toronto in November, 1987. The church was initially reluctant to let a secular rock group hold sessions there, so the band broke the ninth commandment and bore false witness: They said they were a gospel act called the Timmins Family Singers and they were recording a holiday radio special. Many of the songs were captured with the band playing around one microphone, with Margo Timmins’ vocals broadcast over the church PA. It took either one day or several days, depending on who’s telling the story.

When fans talk about The Trinity Session, they almost always foreground the circumstances of its recording, as though that setting demonstrates the album’s authenticity — as though authenticity were objectively demonstrable. Overshadowing the music, the story of the album has become the album, and even the band is complicit: In 2007, they celebrated their breakthrough’s 20th anniversary by rebooking the same church, inviting some popular fans inside (including Vic Chesnutt and Ryan Adams), and re-recording the album song for song.

The music gets lost in that tale, so that it becomes easy to ignore the mood that the church itself went so far to create. It obscures the fact that this is an album that dramatically rewrites its folk source material, that conceives of personal and professional troubles (touring, romance, the usual) as the raw material for folk tunes, and considers Elvis Presley and the Velvet Underground to be folk artists. For many listeners (including yours truly), it was their first introduction to the folk process, years before Uncle Tupelo and others were revving up the Appalachian tradition to define alt-country. The Trinity Session is a seminal album, if it can ever escape the church.

The Church of the Holy Trinity did do one important thing: It created a sonic palette for these songs, eschewing the clinical silence of the studio for something with an audible ambience. It’s there in the a cappella opener “Mining for Gold,” a cover of a song by the Canadian folkie James Gordon. As Margo voices the worries of someone whose life is spent underground, you can hear the soft rumble in the background, a thousand small things coalescing into a roomy thrum: distant traffic, footsteps, whispers, birdsong, exhalations and inhalations, the bustle of Toronto just beyond the sanctuary. If you wanted to be romantic, you might say it’s the sound of a ghost in the room, a spectral musician accompanying Margo’s performance. But perhaps it’s something more: The entire world hushed so that the singer can get inside her own head for a few precious moments. That sound is the sound of sanctuary.

Reviewing the album in 1989 for Spin, Erik Davis described it as “a combination of Quaaludes and honey.” In this aural soup, the instruments take on lives of their own. Alan Anton’s bass doesn’t enter through your ear; rather, it already exists in your head. The harmonica leaps out of “I Don’t Get It,” almost like a jump scare in a horror movie. Michael Timmins’ guitar solos seem impossibly delicate, especially on “Dreaming My Dream with You.” His sense of timing makes the music all the more immersive; you lean in to hear his notes. Most of all, it’s the way these sounds collide and combine that reinforce the idea of the Cowboy Junkies as a band, which is crucial. They sway into oncoming traffic on “Walking after Midnight,” they swing delicately on “Blue Moon Revisited,” they jam industrially on “Working on a Building.” The church becomes a place of musical communion.

Margo Timmins sings “Mining for Gold” like the song wasn’t written but passed down through generations, and introduces a compelling strategy the band will deploy on most of the songs that follow: It uses the folk tune as a metaphor for band life. The Cowboy Junkies are miners searching for a rich vein of gold, and they persist despite the dangers such an enterprise entails. She may sing of silicosis (and who else could make that disease sound sing-song-y?), but the travails they face are more spiritual than physical. There is a sly nod to fellow Canadian Neil Young, who famously had “been a miner for a heart of gold,” but there are sly nods to so many performers here: the swaggering sex appeal of Elvis Presley on “Blue Moon Revisited (Song for Elvis),” the horrific isolation of Hank Williams on “I’m So Lonesome I Could Cry,” the heroic stoicism of Patsy Cline on “Walking after Midnight,” even the unexpected compassion of Lou Reed on “Sweet Jane.”

These artists are the veins they’re mining, which inform the handful of originals on The Trinity Session, in particular “200 Miles.” At first, it plays like a rounder’s anthem or a trucker song, but it becomes not only a description of life in a touring band but a declaration of intent — an explication of why the Timminses might choose a life on the road: “I got Willie on the radio, a dozen things on my mind, and number one is fleshing out these dreams of mine.” It’s no coincidence that they follow that song up with Waylon Jennings’ “Dreaming My Dreams with You.” “I hope that I find what I’m reaching for, the way that it is in my mind.”

The Cowboy Junkies are not only running toward some dream they can only vaguely define. They are also running from something. Death stalks every song on The Trinity Session, whether in the form of black lung or a car collision or some unknown fate that befalls every one of us. “I want to make sense of why we live and die … I don’t get it,” Margo sings on “I Don’t Get It.” And, just in case you think this album is without humor, she remarks grimly, “I ask my friends if they understand, but they just laugh at me and watch another band.” Music is one means by which we might understand life and death — or at least the Junkies hope so.

Are these songs receptacles for the dead and the doomed? Do they contain the ghosts of Hank, Patsy, and Elvis, and now Lou and Waylon? Nearly every artist they cover has died, which means that, 30 years after it established them as one of Canada’s most daring rock acts, The Trinity Session isn’t so much an album as it is a séance — a means by which they can contact and interrogate the dead.