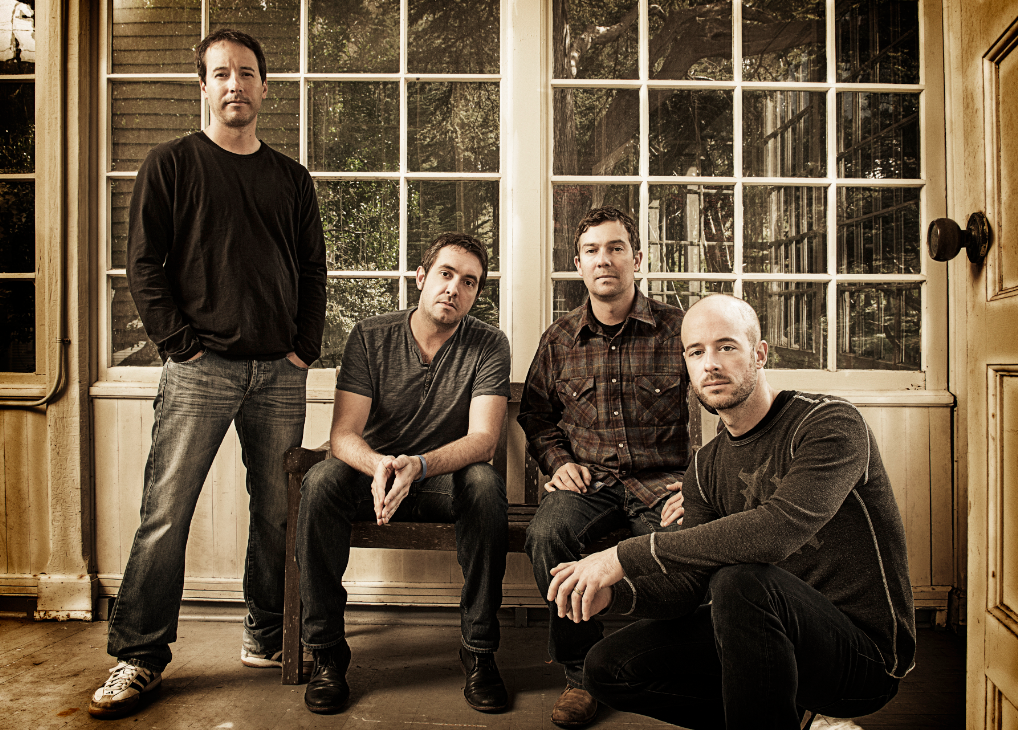 Summer festival season may be over, but October festivals are some of the most exciting in the bluegrass community.  While some of you are recovering from Hardly Strictly Bluegrass in San Francisco or The Festy Experience in Virginia, we urge you to head east to Mulberry Mountain in Ozark, Arkansas, where YONDER MOUNTAIN STRING BAND will be headlining their annual Harvest Music Festival on October 11 – 13.  The Sitch’s BRIAN HEPP got to chat with YMSB guitarist / vocalist Adam Aijala to hear all about the festivities.  For those unfamiliar with the Colorado quartet, YMSB released Elevation (Frog Pad Records) in late 1999, and even today it remains one of the best bluegrass debuts of the decade.  “Half Moon Rising”,  “Mossy Cow” and many other Elevation tracks have remained a crucial part of YMSB’s live repertoire.  With appearances at Bonnaroo, Northwest String Summit, and Telluride Bluegrass Festival, YMSB are a festival fixture, and from the sound of it, they’re just getting started…

Many fans consider YMSB to be one of the top ‘festival acts’ out there.  Would you agree with this?  Does YMSB sound its very best in a festival atmosphere?

Adam Aijala (AA): Well, I don’t know.  I do know that we get to play a lot of great festivals each year, but I’m not sure I’d categorize us as a ‘top festival act’ when acts like Phish and Bob Dylan still play festivals.  That’s ‘top’.

How has your sound evolved over the years?  What will we hear in your newest studio album?

AA: I think our sound has evolved a lot over the years.  We started out wanting to be a traditional sounding bluegrass band, but once we started bringing in our own original music and incorporating our outside influences (which were not bluegrass), we soon realized we could never be that.  With that in mind, we’ve never been afraid to try new styles of music or obscure covers.  Some work better than others, but it’s always been a work in progress.  Hell, I had to learn how to flat-pick onstage in front of people!  I’m still learning.  Our front-of-house engineer, Ben Hines, continues to push the envelope with our little ‘acoustic’ band.  For not having a drummer, our sound is big.

Have you noticed a difference between the bluegrass scenes on the east and west coasts?  Is there a difference in the audience?

AA: A little bit.  To be honest, I don’t really have my thumb on the pulse of bluegrass in this country.  I can comment on Colorado, though.  It seems Bluegrass Coloradans are a bit more open-minded to bluegrass that tends to stray away from tradition and fuse with other genres.  The fact that folks really liked us right off the bat gave us the confidence to leave Colorado and play elsewhere despite our non-traditional sound.  Audiences vary from town to town across the country.  College towns and mountain towns tend get down and party hard.  I notice differences in festivals on the different coasts, but that has to do with the security and police, which are way more chill out west.

What is a recent bluegrass / Americana recording that you have loved?

AA: I haven’t heard a new bluegrass / Americana record in a long time, but I’m anxious to hear the new Tim O’Brien/Darrell Scott record (We’re Usually A Lot Better Than This).  Lately, I’ve been on a Grateful Dead kick and loving it.

Any major plans or surprises for The Harvest Festival this year?

AA: Well, it wouldn’t be a surprise if I told you, right?  Sometimes surprises themselves don’t rear their heads until last minute.

What are two essential bluegrass recordings that have influenced the YMSB sound.

AA:  I will give the two records I would cite, but it’s merely my opinion though I’m sure no one would argue with the first record mentioned:  Seldom Scene, Live At The Cellar Door.  And a toss up between Tony Rice – Manzanita and Kentucky Colonels – Livin’ In The Past.

If you could only play one more concert, what would the following songs be for your opener, encore, and one cover?

AA:  Good question and very hard to answer.  Man, I’ve made so many setlists through the years.  Please don’t make me do another one.  I’d probably have to dig through the song lists and really try to be clever here.

What can we expect with the four day New Year’s Eve run in Boulder?

AA:  High energy, no repeat songs over the 4 days, new songs, and some fun guests to play along with.

AA:  Can’t do it without you so thank you so much for letting us get to do what we do.  You keep coming, we’ll keep playing.  Deal?

Sounds like a fair deal to us.  YONDER MOUNTAIN STRING BAND will perform all three nights of The Harvest Music Festival and continue to tour the Midwest and east coast throughout the autumn.   You can learn more about the band and their upcoming appearances at www.yondermountain.com