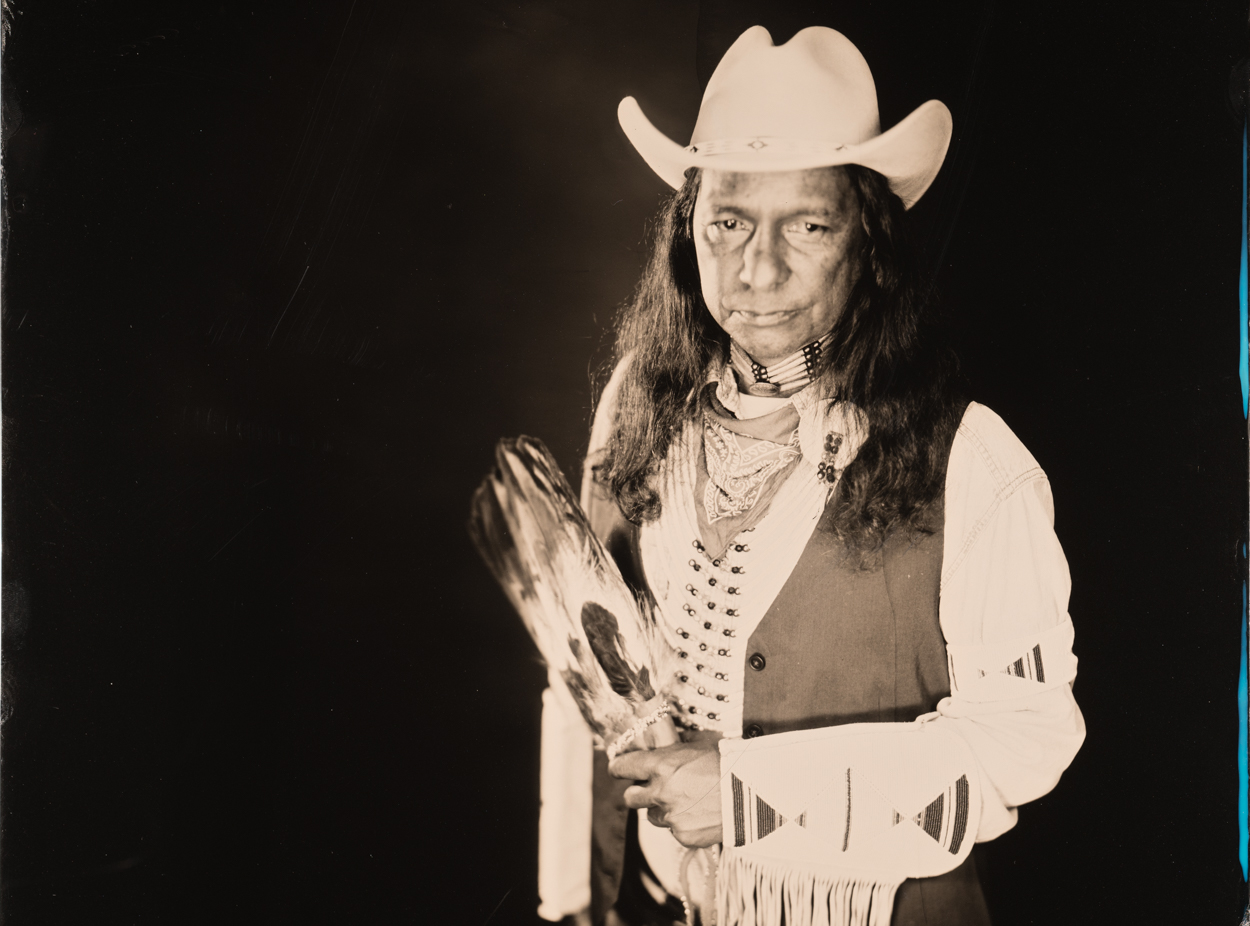 “Let there be no question of who’s wrong and who’s right. There should be no compromise. We all stand up and fight in the dawn’s early light,” Cary Morin sings on “Dawn’s Early Light,” written in support of the Standing Rock Sioux Tribe during last year’s protest of the Dakota Access Pipeline.

“A friend of mine was doing a show [at Standing Rock with the Indigo Girls] and she had asked me, just in passing, if I would write a song for the Standing Rock movement,” Morin explains. “I felt like there were a lot of people writing songs about that, at that time, and I wanted this one to be a little different and stand out a little bit, so it was really more concentrated on the activism, in general, and not so much Standing Rock, but just the whole idea of people coming together to promote clean water.”

“Dawn’s Early Light” is one of the poignant original songs featured on Morin’s latest album, Cradle to the Grave. In order to lend his perspective, Morin tapped into his experience growing up as a Crow tribal member near the Missouri River in Montana.

“When you think about roots music in America, it’s a culmination of so many things. It’s all the stuff blended together, much like the culture in this country is people from all over the world that end up here and create a unique situation,” Morin explains. “With my Native heritage, I could say that I’m really the only finger-style Crow guy on the entire planet. That’s unique. But we all can say that, to some degree. We all have unique things that make us who we are, and I’m really thankful to have grown up in the area that I did, surrounded by the people that I did.”

Morin came to the guitar by way of the piano, which he first began playing around the age of 10. When he picked up a guitar a couple years later, he was enamored. He played by ear, emulating the sounds he loved from his parents’ and brother’s record collection: Chet Atkins, James Taylor, Cat Stevens and Neil Young.

“I grew up in the ‘70s so, at that time, [there was] no Internet, there was very little TV, mostly radio. And the local music scene was really pretty folky and a lot of bluegrass, so I really grew up in the pursuit of flat-picking and [was influenced by] popular bluegrass bands at the time — David Bromberg, Norman Blake, Tony Rice,” says Morin. “I had really fantastic examples of what the music should be, but then I kind of mashed everything up into a combination of bluegrass and finger-style stuff, mostly from Leo Kottke, which turned into this thing that I do now.”

Morin moved to Colorado just out of high school and formed the Atoll, a world-beat band that he toured with for more than 20 years. “I played electric guitar [in the band], but I continued to mess around with the acoustic guitar,” he says. “Once I stopped doing [the band], my focus was really just acoustic guitar and a lot of practicing — just hours and hours of sitting around and playing. To this day, I try to play quite a lot. I’ve been introduced to open-D tuning by a friend of mine, and it took me about a year to get it going and figure out just the basics of it. But then, once I got it going, I just found it to be really fascinating, and I continue to learn new stuff all the time with that tuning. I just love the way it sounds. There’s a fullness and richness to it that I can’t seem to get out of standard tuning.”

Morin’s reconnection with the acoustic guitar led to the release of his most recent string of solo acoustic albums. Cradle to the Grave is the fourth in the series showcasing his adept fingerpicking style and warm, inviting vocals. An amalgamation of bluegrass, country, rock ’n’ roll, and blues, the album features eight original tunes and three cover songs: Willie Brown’s “Mississippi Blues” and, perhaps more surprisingly, Prince’s “Nothing Compares 2 U” and Phish’s “Back on the Train.”

“Phish is one of my favorite bands … I think that Trey’s playing has just really been inspiring and just the whole feel of the band and the approach they take. There’s so much freedom in what they do, and I used that as an example with my band, when I was rolling around playing clubs and festivals,” Morin explains. “A lot of times we’d play five songs without stopping. We’d just roll from tune to tune, and the whole point of that band was really dance music, just to provide an outlet for people to go out and have fun and dance.”

Morin uses the same ethos in his current performances touring behind his solo efforts.

“As a solo player, I can do whatever I want. I can play in whatever key. I can speed things up or slow it down, or just kind of make things up as I go along. And I really dig that freedom to just do whatever I want on stage,” he says. “Sometimes I’ll try stuff and sometimes it works, sometimes it doesn’t. But when it does, it’s a great feeling, and then it’s gone forever.”

While solo spontaneity on stage leads to such ephemeral moments, Morin has a solidified team off-stage that serves as his backbone — and they’re not going anywhere. From recording to promotion, it’s an organic, family affair.

“What I like about these four records [is that] the recordings are all done live in the studio with no headphones. I’ll sit and play these songs, and just play and play and play them, and a friend of mine has recorded all these albums,” Morin explains. “We’ve gotten together, I think, a pretty successful team with Maple Street Music and [my wife] promoting the live shows and the recordings, and Rich [Werdes] recording them, and we have the same person that’s been mastering and mixing the CDs, too. It’s just like the perfect combination of people and I like to think that I promote one guy, one guitar. People still are interested in such a thing … I just really enjoy being able to stand on stage by myself being able to do what I do.” 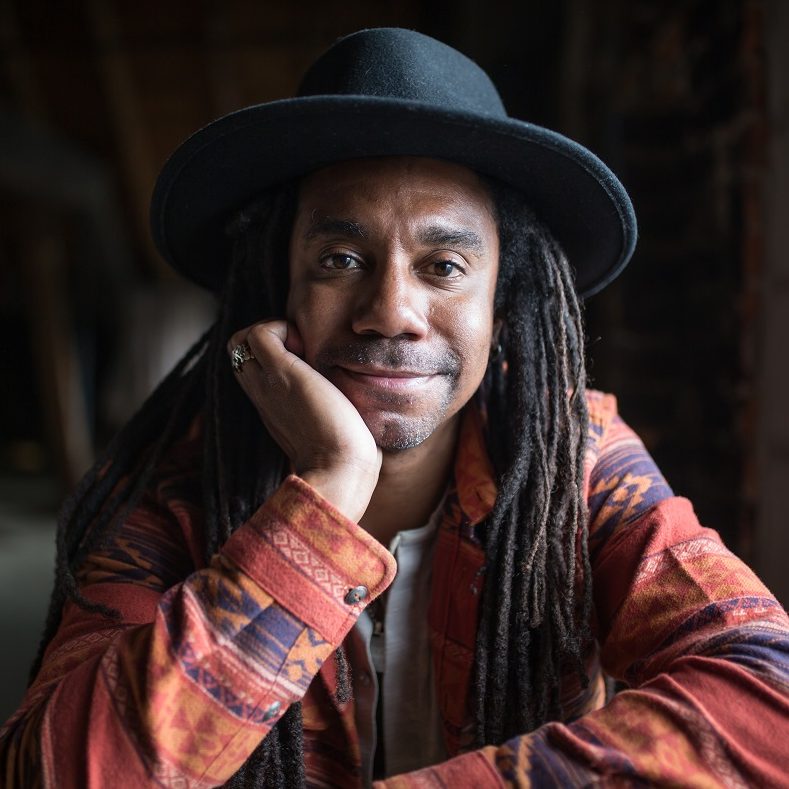 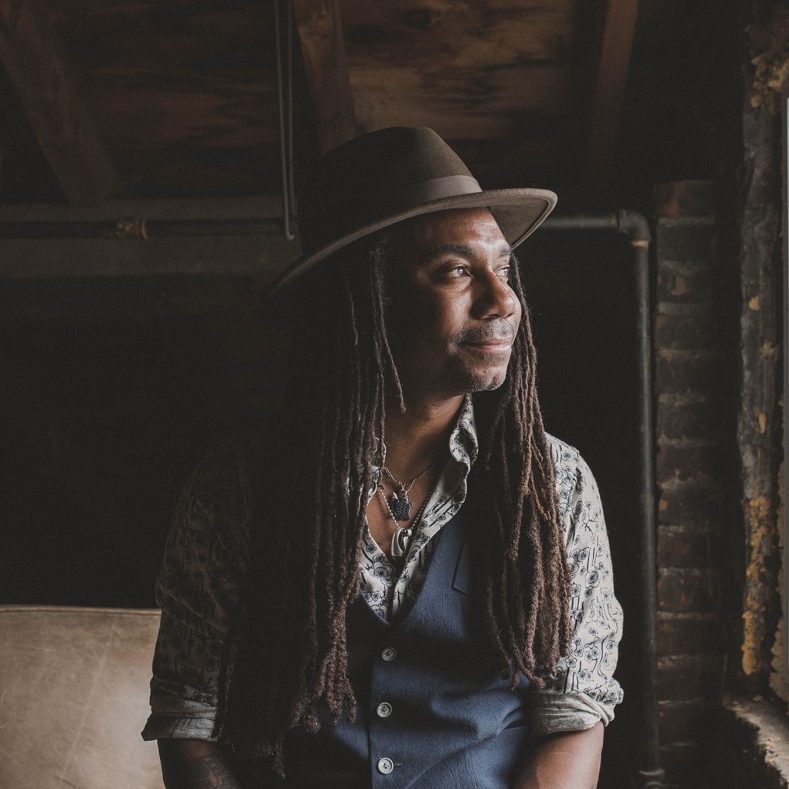