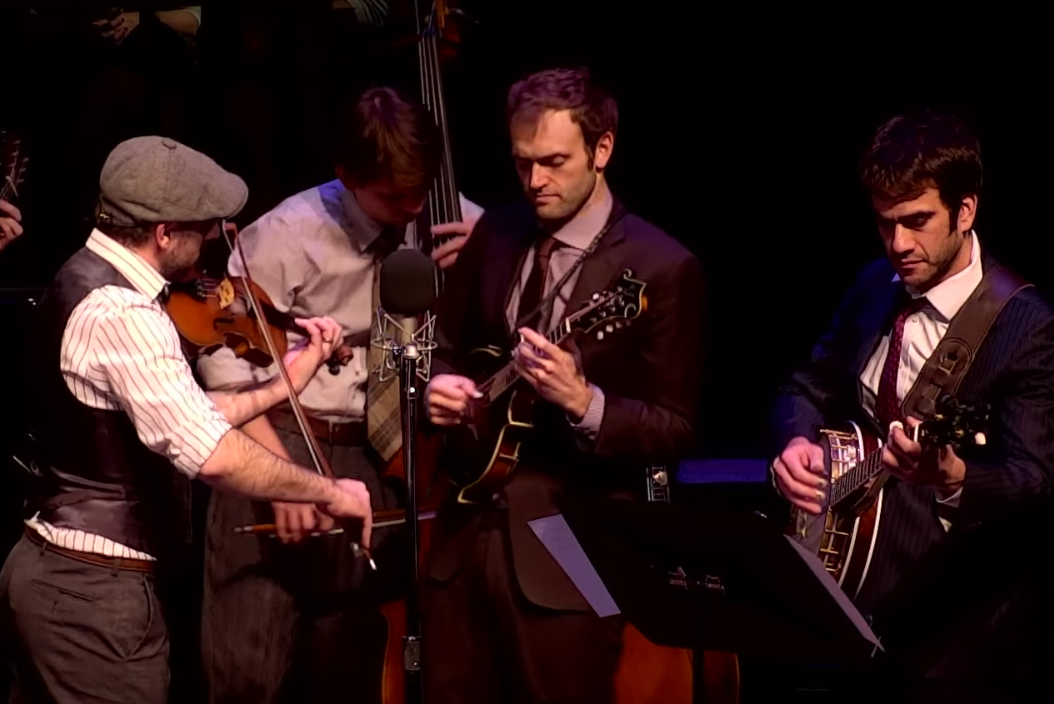 In mid-2015, it was announced that Chris Thile would take over A Prairie Home Companion, filling the shoes of longtime host Garrison Keillor, who is retiring. This weekend, listeners got their first taste of what a Thile-helmed Prairie Home would sound like, and, well, it sounds pretty good.

An all-star lineup of guests included Thile's Punch Brothers, Brandi Carlile, Sarah Jarosz, Ben Folds, and our own Ed Helms, who joined Thile for a conversation about crickets, among other things. A music-heavy evening, listeners and audience members were treated to tunes like "Magnet" from the Punch Brothers, "The Eye" from Carlile, and "Yes Man" from Folds, the last of which featured Thile and his bandmates.

Thile also performed the never-before-heard tune "The Mississippi Is Frozen" with a little help from Jarosz. He plans to reveal a number of new songs over the course of his hosting gig.

While there have been questions about whether or not Thile can fill the giant shoes left by Keillor, this first broadcast should do much to ease those concerns. And, for you purists out there, Keillor will resume hosting A Prairie Home Companion on February 13 before completely retiring from the gig and passing the torch to Thile this Fall. Listen to this weekend's show and watch video clips here. Look for Paul Simon and Andrew Bird on next Saturday's broadcast.