Coming Around: A Conversation with Andrew Duhon 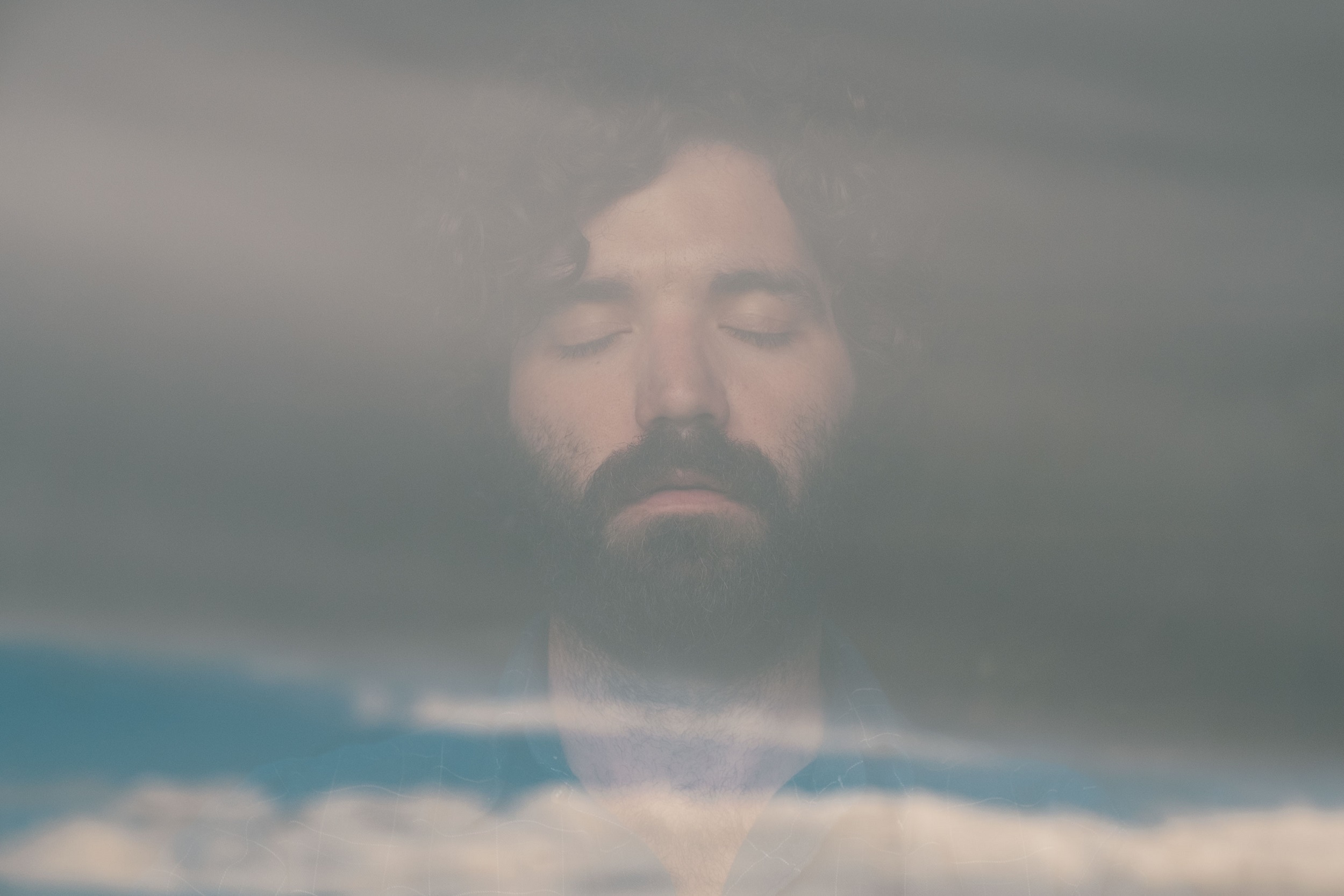 Andrew Duhon took a winding road to get to False River, his first album in five years. The New Orleans musician endured a crushing breakup that prompted the new suite of songs, then came up dry while looking for the right producer. Finally, the tide turned when he met Eric Masse, who ultimately helmed the sessions in his East Nashville studio, The Casino.

They both had a lot to live up to, as Duhon’s prior album, The Moorings, received a Grammy nomination for best engineered album. However, with touring band members Myles Week on bass and Max Zemanovic on drums, Duhon immersed himself in False River. With Masse’s guidance, the dynamics of Duhon’s voice are never drowned out. Instead, on thoughtful ballads and exuberant songs alike, his compelling baritone effortlessly converges with the band. He caught up with the Bluegrass Situation during a coffee break in Nashville.

I’m curious about the studio vibe for this record. How would you describe The Casino to somebody who’s never been in there?

Well, it is a garage recording studio, but of the finest standards. They did a good job to build it out and get some good sound in there. But as [Eric Masse] said, and I appreciated on our first phone call, he said, “You know, I call it The Casino because I gamble with artists’ careers.” He laughed immediately and I laughed. But I appreciated that because in our first phone call he made it very clear that he understood the gravity of what he was taking from me to create.

I think I could have gone much safer routes to put these songs down in their immortal form, but he helped us make a much bolder record and take some chances that I’m sure we wouldn’t have otherwise. On the first day of recording, he said, “We’re in Nashville right now and there’s 150 records being made today that are the singer-songwriter Nashville records. We can make one of those or we can make something else. We can make something different. We can try to make a cool record that’s never been made.” And there was no doubt that’s what we were there to do.

Well, that’s an interesting comment about the so-called Nashville songwriter record because that isn’t what you do at all. Have you ever lived here?

No, so you wouldn’t even be that.

I did make my first record here. And you’re right, I think coming from New Orleans there’s more than osmosis from that place than from Nashville. But certainly I think I was first inspired by the stories in country songs. I would credit that as a reason why I’m trying to be a songwriter and not a poet. There’s something really special about the American songbook, so to speak.

What area of country music in particular are you thinking about?

Well, I remember that in my dad’s van, it was George Jones and Garth Brooks. Not everybody I was listening to was writing the songs, but there was an adherence to the story and they were really serving the song. So I appreciate that craft, for sure. … But I do enjoy, for the moment, only recording the songs I wrote myself. I’m open to the co-writing idea or recording other songs that just speak to you. But so far it’s been really a validating path to just figure out what I want to say.

Yeah. It seems to me that you figured it out, too.

No way, dude. I think I’m figuring out that I’m on the right path. You know, it still feels like I don’t see any rest stop up ahead or anything. It feels like, OK, if there’s two months, three months that go by where there’s not a new song to add to that path, then I start wondering what am I doing: “OK, wait, I’m out of balance, I need to go back to songwriting and stop putting on the business hat every day.”

I guess what I mean by that, it seems like you’re able to articulate after that breakup what was in your mind and that you were able to convey that on the record. Would you agree?

And I like “Comin’ Around” because it seems like you’re saying “Alright, I’m coming around to something better.” And then you explain where you’ve been, which I thought was an interesting way to structure that record. What was your frame of mind when you wrote that song?

Yeah, it has that little wordplay about the element of the spherical nature of the world, right? And this cute idea that if you walk in one direction you’ll end up back where you were, theoretically speaking. So to go away from something, but to be coming around in that physical sense, spherical sense, but also in a figurative sense like, “I didn’t like tomatoes as a kid, but I’m comin’ around.”

I love the idea that maybe coming around on that heartbreak means I’m coming around to that person – or I’m coming around to the idea that I’m just not going to be with that person. I like that there wasn’t really an answer in that song necessarily, but moving forward, what’s going to be the answer? At the time when I wrote that song, that’s what I needed. I needed to know that the only way back to her way straight ahead. I needed to go far enough away to really get an answer.

I wanted to ask you about melody. I think a lot of songwriters get asked about their lyrics so much but how much time do you spend on melody, making the songs stand apart?

I think I wander blindly through the dark when it comes to melody. I don’t think it’s innate to me, what a catchy melody is at all. I think I probably struggle to write something catchy. I will try things and especially on the road, I’ll try a lot of different interpretations. It was great for those years on the road with this band because they were always listening and I can hear them grunt with pleasure sometimes if I tried something they liked. “OK, grab that one and put that one in my pocket.”

And I think a lot of melodies were honed that way specifically, just improvising a new rendition of the same song and coming up with a new idea. … But then again, you know, the track is just another rendition that you sang. The producer picked his favorite version and I’ll sing it differently next time. I don’t always adhere to the same melody and I love the idea of writing a catchier melody, but it’s not my focus.

I think a lot of the music that I like has a sense of motion to it. That’s your life, basically, it seems like. Are you ever in one place for more than a couple months at a time?

No, that’s right. I love traveling songs myself, but not so obviously a traveling song, necessarily. But I think since getting out of college, it just started with me sleeping in my car and getting shitty shows that paid just enough to get gas and a meal and go to the next spot. But I thought that was going to introduce me to some new place that I hadn’t grown up in and I wouldn’t just be a product of my raising or the place that I grew up. I would find this new place.

And I learned two things since then. One, that I’m really lucky to be raised in New Orleans because that is a very special place. The other thing is, I think travel is more about changing everything around you while everything inside stays the same. So you really get a sense of “How do I react to all these different things?” You learn what’s in there, more than all these things that are changing, and you only get a snippet of.

It goes back to a line that I read in a homework assignment in English class in high school which was Ralph Waldo Emerson’s essay Self Reliance. And the line was, “To believe that what is true for you in your private heart is true for all men — that is genius.” And that was a new idea for me. To me it said, “Wait a minute, so if my quest in life is to go and seek out the goal, wherever it is, maybe it’s not out there. Maybe it’s in here. And that was a special moment. And I think it introduced me to my artistic will.

Yeah, well you have to have that to be an artist or a songwriter. I would think you have to believe you can say something in a way specific to you but also that someone else would enjoy.

Without a doubt, that is true. Without that theory, I’m wasting my time.