CONVERSATIONS WITH… The Danberrys 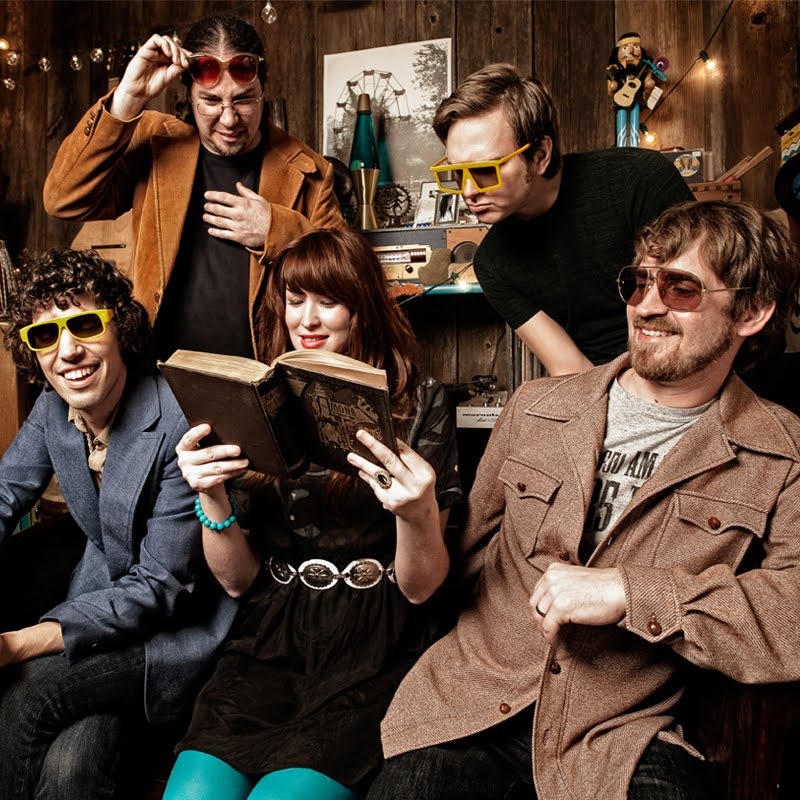 THE DANBERRYS are the Tennessee-born couple of Dorothy Daniel and Ben DeBerry. A truly independent pair of artists — who do everything from booking to recording to tour management — The Danberrys recently released a self-titled album that beautifully blends thoughtful ballads with jubilant foot-stompers. Contributing writer Michael Verity spoke with Ben and Dorothy about how they came to be The Danberrys, what it’s like to build a record from the ground up and the secret to writing a great trucker song.

You began playing together when you were in high school. What sort of stuff were you playing back then?

Ben: Well, we were in the same school musical groups — choirs and stuff  — before we ever played together. Then, toward the end of high school, I learned a couple of songs for Dorothy to sing. One of them was a Jewel song or something like that.

Your connection was more than musical, though. You dated in high school and college, broke up, then got back together and now you’re married. Can you describe that moment when you knew you had to be together?

Dorothy: It was about five years after we had gone our separate ways. I had dated someone else and we had just broken up. I decided I needed a big change so I was interviewing for a job in New York City. Ben had just broken up with his girlfriend, whom he’d dated for a long time, when we randomly ran into each other at a bar in Cookeville (Tennessee) at two or three in the morning.

I don’t think we’d exchanged more than one or two words over the past five years. The next time we were together, Ben suddenly looked at me and said ‘I don’t want to be with anybody else, ever.’ (Laughs.) And I said,’I don’t want to either!’ The next day I was driving down the road thinking ‘Oh my gosh, I’m going to get in a wreck, I’m so happy.’ I was on cloud nine.

How does that story — your path together and apart and back together again — inform the music you’re making today?

Dorothy: That’s a great question. No one has asked us that before, actually.

Ben: Well, a few months before we broke up, I gave Dorothy one of my guitars and taught her a very few things to play. She had been playing the whole time we were apart. And she had written a whole lot of great songs. A lot of them were kind of sad songs, written for acoustic guitar, which was a lot different from the few electric rock type of songs I’d written.

Dorothy: Yeah, a lot of them were about Ben and how much I missed him. (Laughs).

Within six months of releasing your first EP, you ended up onstage with Robert Earl Keen at the Ryman. That’s not a bad way to get things rolling, is it?

Ben: Yeah, well we put the EP out as a total experiment. It was like: we have these songs, we’re here in Nashville, there’s 300,000 studios available and players who want to play the stuff so let’s see what happens. Then WSM (Radio) found it and liked it and thought we were perfect for that bill. It was quite the honor.

He’s not a bad songwriter himself.

Ben: No kidding! And when you see him in a show it really hammers home how great the songs are and how rabid his fans can be.

You recently released your first full length album called, appropriately, The Danberrys. Tell me about the adventure of recording it entirely as a self-produced project.

Dorothy: We called some friends back in our hometown (Dickson, TN) and hooked up a recording room at the Renaissance Center, which is a state of the art facility that hadn’t been used in like 10 years. They let us use it in exchange for doing a free concert there. We brought our own engineers, begged and borrowed some equipment we needed and recorded a lot of it live.

When I saw Lyle Lovett play live the first time, I expected him to come out big and brassy. He opened by singing ‘Just The Morning’ with a string quartet. The quietude of the album’s opener, ‘Here We Go Round,’ reminds me of that experience.

Ben: That was a slight chance we took, especially in this day and age, when everyone wants to grab your attention with louder and faster. Our mandolin player Ethan encouraged us to lead off with that. We tried to arrange the record in different ways but what it came down to was making it more than just a bunch of songs. We wanted to make it a ride you could listen to from beginning to end.

‘Blow On Wind’ reminds me of ‘You Ain’t Goin’ Nowhere.’ Do you consider The Band a strong influence on you?

Ben: Most of what I listen to was done before I was born. All the classic folks: Neil Young, The Band, Bob Dylan.

The Godfathers of Americana, as it were.

Ben: Yeah, that’s a great way to put it.

My favorite song on the record is ‘Come Give It.’ It reminds me of my peace, love and hippy days of listening to Stephen Stills during his Manassas period. Can you hear the resemblance?

Ben: Yeah, there’s a kind of quirkiness to the Manassas record. Like, are they recording a record or having a party?

Dorothy: That’s what we were going for. I wanted it to sound like we were having a party, like everybody was just hanging out. That’s the feeling of the sound. It’s the feeling of what the lyrics are about that, too. Living in love with everybody.

Ben: That was only the second take of the song. We did it live: guitar, mandolin, fiddle, bass and lead vocals. It was kind of magical right from the start.

I tend to favor upbeat songs. I have a 12-year old son who’s a pretty impressive musician for his age. He set me straight about ‘Big Rig’: he said it sounds like Dave Dudley mixed with 70’s Top 40.

Ben: That’s the first thing he said? That’s gnarly.  That one was written in the studio. The record needed one more up-tempo song and the clock was ticking. I’d been messing with that riff and remember a record of trucker songs Wilton Wall, our recording engineer, had given me about six months earlier. On the back it had a list of all these trucker terms. I figured since we had a song about a train I’d write a trucker song. I thought I’d make it nonsensical, except that it’s not nonsense if you have the key to the terms. I hear from the truckers that the lingo is kosher. (Laughs) So it’s not too fraudulent.

If this thing doesn’t work out, you can always write trucker songs.

What’s your favorite tune on the record?

Dorothy: Well, that’s really hard to say. You know, they’re all my babies.

It’s like when someone asks me who’s my favorite child, right? It depends on which one is in the room at the time.

Dorothy: Yeah, that’s funny. I guess the ones that turned out, surprisingly, exactly as or better than I hoped were ‘Come Give It’ and ‘Golden Wings.’ I really love ‘Big Rig,’ too. But, when all is said and done, I love them all.

Ben: Another record, man. We got three demos in the can last week. We may be crazy but we’re going to try this again.