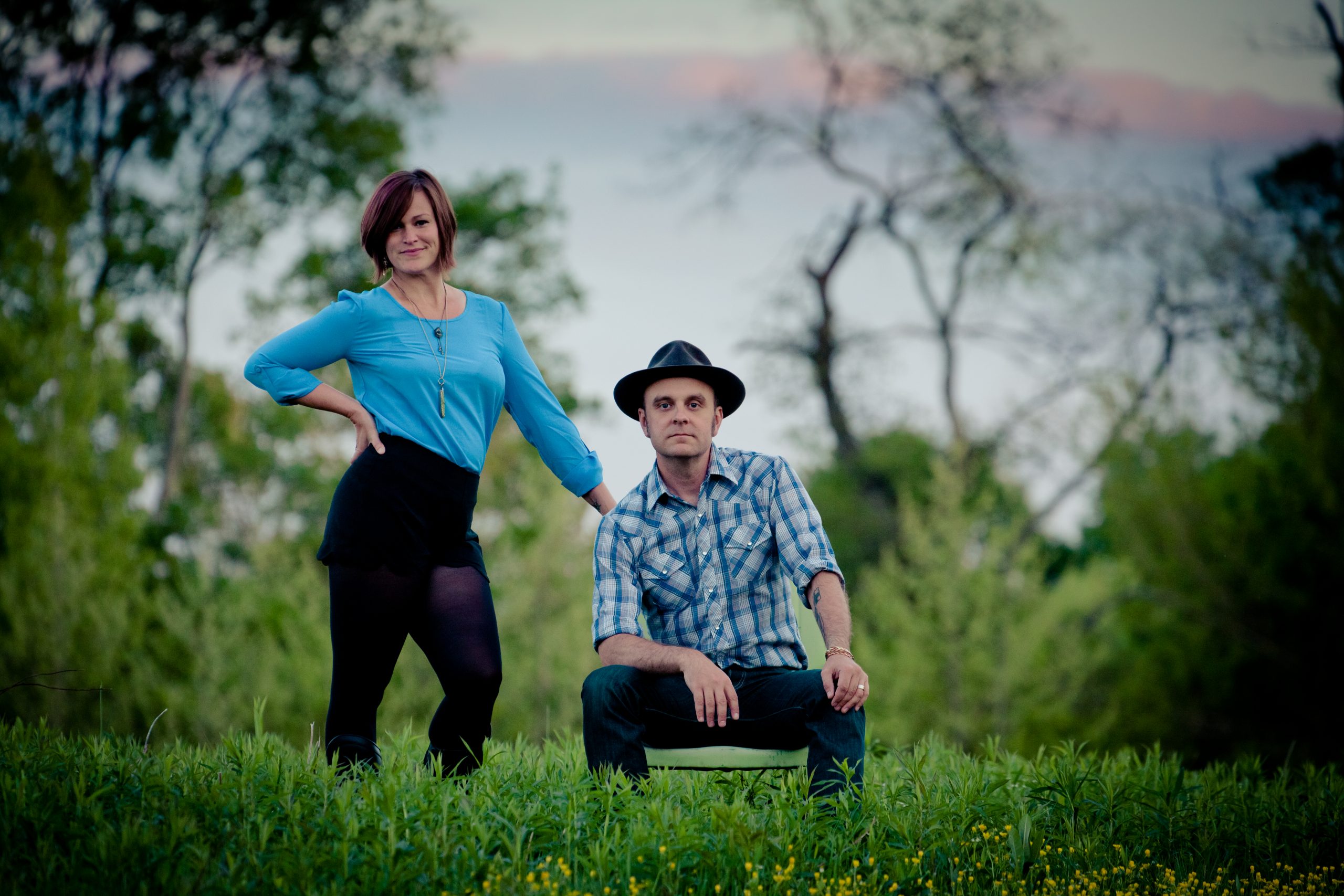 When Wild Ponies first decided to volunteer with the Country Music Hall of Fame and Museum's Words & Music program, they had no idea how much that decision would come to influence the direction of their music. The Nashville-based duo of Telisha and Doug Williams fell into the program somewhat by accident, stepping in at the last minute to help out a friend.

"Shortly after we moved [to Nashville], they needed a substitute to come in," Telisha explains. "Normally, you have two weeks with the lyrics, but we only had two days, the first time we did it."

After that one visit, however, the band was hooked. "We did it that one time and absolutely loved it," she adds. "We've been able to do it a couple times each year since we've lived in Nashville."

Words & Music is an educational program at the Country Music Hall of Fame and Museum available for free (or at a low cost) for kids grade three through 12. The program marries songwriting with language arts for a 10-lesson unit that can take place either in local schools or at the Hall of Fame's Taylor Swift Education Center. Relying heavily on the help of local artist "teachers," the program culminates with student lyrics getting the full Music Row treatment from volunteer songwriters, being workshopped, and eventually performed as full songs. Since its inception in 1979, the program has helped over 100,000 students improve their language arts skills and express themselves through the power of music.

"A couple weeks before doing the Words & Music program, [the CMHOF] passes along 50 to 75 lyrics," Telisha says. "The kids have been given a six-week course in songwriting where they learn what choruses do or what the verse of a song accomplishes, and a little bit about rhyming scheme and meter, and that's through the school system. Then the kids submit the lyrics of songs after that curriculum, on any number of topics. We get a lot of songs about tacos and Minecraft and unicorns — all kinds of things." She laughs, then adds, "Then, on the day that we go over, the kids are touring the Country Music Hall of Fame and, after they're done with their tour, they come into the Taylor Swift Education Center and we're there and talk a little bit more about songwriting and what it's like to be a songwriter and tour for a living, and we present about an hour workshop. We've taken six or seven of the sets of lyrics that we have gotten and turned them into songs."

Wild Ponies loved one of their finished songs so much that it became the title track for their just-announced album, Radiant, which comes out May 13. The band co-wrote the song with a 12-year-old Shelbyville, Tennessee, student and aspiring musician, Mariah Moore, who will receive co-writing credit in the album's liner notes, as well as royalties from any track sales or licensing thanks to getting set up with BMI.

"We get a lot of material that we would never necessarily sing at our own shows," Telisha says. "But this one girl, she was in a sixth grade program, and the imagery that she presented in the song was just stunning. When we were sitting down to put it to music, this really, slightly different style of melody and playing came out. We were really excited about this song when we got to the Country Music Hall of Fame that day. We saved it until the end and we announced, 'Is Mariah here today?' and she wasn't even there that day. We were devastated. We just couldn't let it go and, when we got home, we decided that we would keep working on that song."

In addition to featuring the Words & Music collaboration, Radiant is an especially important release for Wild Ponies because, while being a step forward musically for the band as a whole, it's been an important step in Telisha's own personal healing through music.

"On our last record, I exposed and opened up a lot about my experience as a surivor of sexual abuse," she says. "This record, I feel like it's not a continuation of that. What it feels like, to me, is a person who has healed from that experience. I feel confident and comfortable in myself as an artist and in us as the kind of music we play. It feels more stable and secure as a record. We're exploring a little bit deeper and there are some more universal themes. We're really excited about it."