Curiosity and Persistence: Amy Ray Gets Down to Her Roots on ‘Holler’ 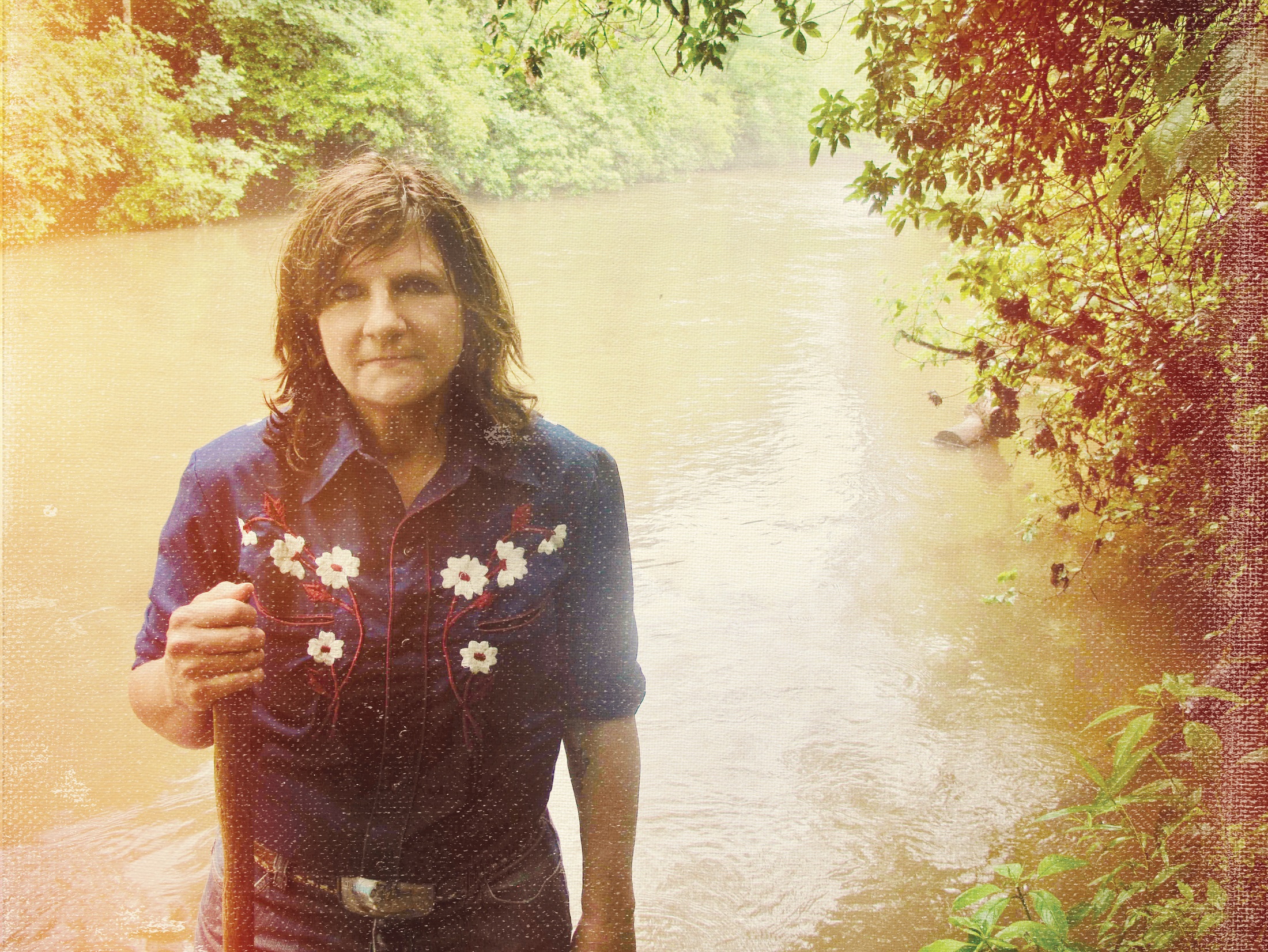 Amy Ray’s new project, Holler, is the closest thing she’s made to a classic country album in a career that stretches across nearly 30 years. As one-half of the Indigo Girls, she’s won a folk Grammy and toured the world, sharing her musical path with Emily Saliers. But on Holler, Ray retreated to Asheville, North Carolina, with a hand-picked band of musicians who knew how to play country music – and she was eager to record the new music to tape using the studio’s vintage machines.

“For this band in particular, there is a real kind of magic quality to knowing that you can’t go back and change a lot of things,” she says. “So it keeps you on your toes the whole time. You have to be well-rehearsed. And at the same time, you just want to go for it.”

Taking a break from signing vinyl copies of Holler a few days before its release, Ray chatted with the Bluegrass Situation about finding happiness on a clawhammer banjo, discovering a commonality with Connie Britton’s character, Rayna Jaymes on ABC/CMT’s Nashville, and staying curious about the world.

How much did you rehearse this new material before going into the studio?

This unit has been playing together for about almost five years, so that’s like been our rehearsal — just touring. For these songs in particular, we did have some rehearsals, but most of the stuff we had rehearsed or worked on arrangements at my house. Or we would have a gig, like we opened for Tedeschi Trucks here and there, and I would use that as an opportunity to practice the day before. We would get together at the hotel and go to the conference room and work on songs – like at the Microtel or whatever – and do arrangements. It bought us a lot of time.

So the band knew the songs well in advance.

Yep, except for “Dadgum Down,” which was a wildcard, which no one knew. We didn’t even know if we were going to do it. I kept saying, “I have this song I wrote on banjo, but I don’t know what I’m going to do with it,” like a broken record over and over and over again. Jeff Fielder, the guitar player, and Alison Brown, who guested on banjo on the track – those two really came up with what became the arrangement for the song. It turned out to be a really fun experience because I put my banjo down and said, “I’m just going to sing.” But everything else, we had really worked on it and spent a lot of time fine-tuning the arrangements.

So the reference in that song about the sting of the bee — is that a reference to drugs?

So it’s meant to be more than one dimension because the song is about wrestling with addiction — addiction to a person, and addiction to drugs, and addiction to anything. I’m always fascinated by that because I have an addictive personality, but also I have a lot of friends in recovery. And I don’t drink anymore, so I know how it is to try and beat that.

I want to ask about your musicianship. How did you get interested in the guitar?

It was just a vehicle to sing with probably. I mean, that’s probably why I’m not a better guitar player, too, because I looked at it as, “I want to write songs, and I want to sing, so I gotta learn how to play something.” I was playing piano, but not very successfully. I was in fifth grade and I got a guitar and took lessons at the Y. I learned like five chords and I could play all the Neil Young songs. So I was like, “This is perfect.” 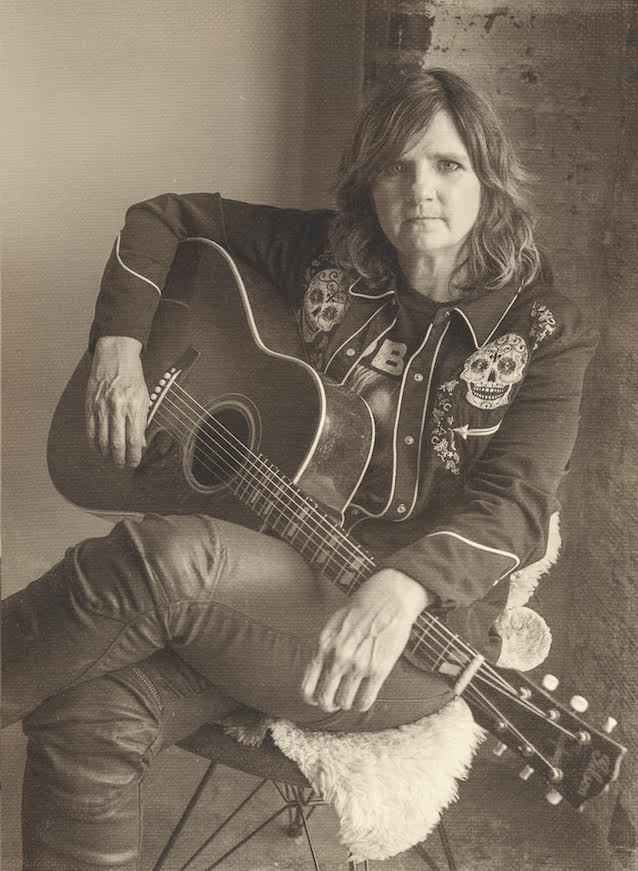 What was the path to learning the other stringed instruments?

Well, mandolin, I just learned. It was like a natural thing for me, I guess. I was interested. I think I learned it because…. I’m trying to remember why I picked up a mandolin. I think I borrowed somebody’s flatiron mandolin and I liked it a lot. I thought this was cool, these chords. And I never really learned how to play properly, which I really want to do one day. But I was learning more from mountain music, like field recording kind of stuff. So I didn’t really learn the bluegrass style, or any of that. And then banjo is just something to knock around on, I don’t really know how to play.

Yeah, but it makes you happy right?

I’ve followed your career since that first Indigo Girls record, and you always seem to be doing something new and having something coming up. Where did that work ethic from?

Probably my parents, my family, just the way I was raised — workaholic.

Yeah, but you’ve never really rested on your laurels or waited around for it.

I get bored with laurels, and there’s not enough of them to rest on, either. I like the process as much as the prize. I mean, seriously. So for me it’s like I get bored and I really do want to become better at what I do. I think the only way to do that is to keep doing it. And for Emily and I, persistence was our friend forever. I mean, if we hadn’t worked hard and been persistent, and then had a lot of luck, we wouldn’t have made it.

That reminds me of “Tonight I’m Paying the Rent,” which is about putting in the time. Some gigs are not necessarily feeding your spirituality, but you’re still working, doing what you love. What’s the reward for what you’re telling me about – where you’re working, and traveling, and staying busy?

I don’t know, I’m just proud of it. Because when I do a solo tour and get to the end of it, and been able to play all the gigs, and drive all the miles and everything, I feel proud of it. I don’t know why. The process is fun, and I like the people I’m with. I’m just compelled. I think we are compelled by something, and it probably is fear of mortality and all of those deep things too. But it’s also like, well, it beats us sitting around. And it’s fun to try to do something that’s hard to do, and then be able to do it. It feels good.

Is it a calling for you, do you think, to be up there singing?

Who knows? I mean, I have no idea. It’s all I know, though. It’s all I know how to do. So I don’t know if it’s a calling or like a compulsion. I mean, “Tonight I’m Paying the Rent” really also grew out of needing an attitude check. Emily and I were playing a few of these private party kind of things, and I had such a negative attitude about it because they’re soul-sucking. And you’re just doing it for the money, and we stopped doing them because of that.

But then at the same time, I was watching an episode of Nashville where Rayna has to play a private party for a venture capitalist in California. And of course, the guy that hired her is a big fan, but no one else likes her, or likes country. And she’s out there, and she’s smiling, and no one’s listening. And I was like, I’ve totally been there a million times. Then her attitude about it after the show was like, “We all have bills to pay,” or whatever she says.

And that’s the attitude I have. Like, “Tonight I’m paying the rent.” That’s what that song grew out of. It’s like, “Why be so negative about this thing?” Yeah, maybe it’s not fun, but it beats digging a ditch. And look – you’re actually paying bills. That’s hard to do.

To me, “Didn’t Know a Damn Thing” is about history that you haven’t been taught, that you discover it on your own by seeking it out. Where does your own sense of curiosity come from?

I think that’s probably from my family and growing up with role models that were curious. Even my dad, who was super conservative, was also curious about everything. Even though we disagreed about a lot of things, one thing I know about him is that he was curious, and he would always listen to the other side. All the best teachers I ever had in high school and my favorite youth minister at church were curious and they didn’t mind it when I questioned things either.

And I don’t know why I always felt like I needed to question things. … I think part of that was paranoia. It was like the flip side of curiosity, which is paranoia. And I was like, this can’t be all there is, there’s got to be something else going on. It doesn’t feel right. And when you start feeling those feelings, you know you’ve got to look into it.