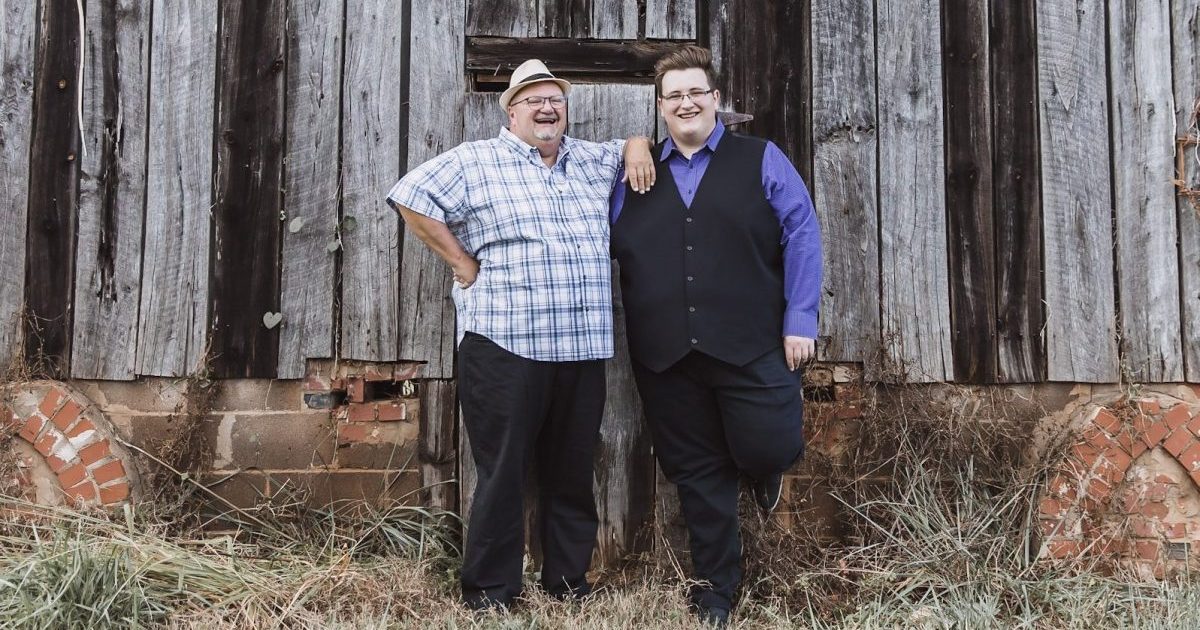 After nearly 50 years in bluegrass, Danny Paisley has reached something of a breakout moment. He won Male Vocalist of the Year honors at the 2020 IBMA Bluegrass Music Awards — his second time in the past five years and his third IBMA trophy overall.

Paisley started performing bluegrass music as a teenager when he joined the Southern Mountain Boys, a band his father Bob co-founded with Ted Lundy. Lundy’s sons, TJ and Bobby, played in that group too, and now are in Southern Grass, the band Danny now leads. The lineup also features his son, Ryan, giving this traditional bluegrass group a unique two-family, three-generation legacy. Earlier this month, the band released Bluegrass Troubadour, their first album for Pinecastle Records. They recorded it last fall with producer Wes Easter, whom Paisley praises for his good ideas and good vibes, sharing that “after every session we were just happy and couldn’t wait to go back the next day.”

Speaking to BGS from his home in Landenberg, the southeastern Pennsylvania town where the singer-guitarist grew up, Paisley talks about how his not-strictly-traditional sound was shaped by that area’s rich musical history and how the new generation is rethinkng bluegrass.

BGS: You’ve been a bluegrass professional almost your entire life. When did you join your father’s band?

Paisley: I started playing with my father and traveling the rooms around 1974-75. Ted Lundy and my dad had a band for years. Ted’s sons, TJ and Bobby, started playing and I started playing, so we became a family group within the two families. Totally like a big family. Their mom is like my mom. And they call my mom “mom.” We grew up together. Basically all our lives we’ve been playing music together. That pretty much carried all the way through, because the Lundy brothers are back playing with me.

How was it being in a band where your dad was the boss?

Sometimes I would say to my dad, “I have this great idea.” Ever patient as he was, he always knew how to handle every situation. He’d always look at you and go: “That’s great, that’s great, when you get your own band you can try that.” To this day, I laugh about that. And I use that, too, on my son.

Now you have a similar situation with your son Ryan in Southern Grass. Does he bring a different generational perspective?

He wants to do more things [with technology], where I’m still old school and like to do things my way. He has good ideas and it makes me have to rethink… Young minds are sometimes way better than old minds. It’s hard for the younger generation today — for the third generation of bluegrassers to relate to the “Blue Ridge Cabin Home on the Hill.” They love the song, but not that theme of the cabin on the hill and things like that from the old days. I have heard of that from my grandparents. Now with the next generation, it is washed down even more.

The area where you grew up seems to have been a great musical influence.

I was very lucky. I grew up in a place here where there was a country music park, Sunset Park. On Sundays, they would have a major country or bluegrass artist… Bill Monroe, Mac Wiseman, Osborne Brothers… I got to see all of my heroes within five miles of my house. Down the road about 15-20 miles was another park called New River Ranch. It had the Stanley Brothers, Jim & Jesse, Reno & Smiley. Any given Sunday within 20 miles, you could go somewhere and hear some incredible music.

When I was very young, Flatt & Scruggs came and everyone was there to see Earl Scruggs. He was god to every banjo player and rightfully so. I remember that day leaving with this impression of Lester Flatt — just how calm he was and how he talked from the stage. He was in control of the whole thing so easily. … Del McCoury lived the next county over from me, so we often played shows with him. I loved his rhythm guitar playing and his voice. He could play that rhythm guitar and keep that band in time – he’d drive that band with that guitar. There was nothing like hearing him live.

Your music has been associated with “Baltimore Barroom Bluegrass” What was that scene like?

When I got older, there were all these bars and clubs in Baltimore, which is about 30 miles from home. I ended up playing in these clubs, four or five nights a week… you’d played from 9 p.m. to 2 a.m., sometimes four or five sets. You got your chops in. You had a broad repertoire and you were playing to people who knew the music because Baltimore became a hub for Southerners who moved up from Virginia, West Virginia, and Kentucky for work. They were hard-living, hard-drinking, and hard-driving bluegrass fans. There’d be fights. There’d be carrying on, but boy you could have fun!

And another regional musical influence on you was the Galax sound, right?

Galax is a town in southern Virginia, on the state line of North Carolina and Virginia, and the Old Fiddlers Convention there draws thousands from all over the world. The Galax sound features a lot of fiddle — maybe not your standard bluegrass fiddle tunes, but a lot of different fiddle tunes that made their way into bluegrass music. …

Their banjo players had a certain sound to their playing. Ted Lundy had it. He came from Galax and my dad’s family came from over the state line in Ashe County, North Carolina. So naturally they would be drawn together when they got up here. Ola Belle Reed, who wrote “High on a Mountain,” lived a few miles from where I’m at here. She was from that same region. The driving banjo — there is a certain style in their hands and in their noting. You can tell they are from the Galax area. I play [guitar] with a thumb pick where a lot of the bluegrass guys play with a flat pick. That was from my dad also.

So Southern Grass’ driving rhythms are like a handed-down legacy?

Yes, of that area and of our fathers. We keep the rhythm sort of pumping, but you’ve got to play to each song. We’ll work the song. As the singer eases off singing, the rhythm will pull back, too, and then you can build back up. We do a lot of stuff like that dynamic. That’s what I like about my style of music, knowing and feeling the song.

Bobby Lundy used to play the banjo in the band and decided he needed some time off. When he said he was able to play, I needed a bass player. I call him my utility man of bluegrass, like he could play any position on a baseball team — he’s that talented. Because he has known me for so long, he knows what I am going to do on a guitar. He knows what I am going to do singing. He can walk me right into the singing with his bass. He can lead me right into the voice. He can just push the band and keep that timing from not going too fast or too slow. He can just keep it rock steady.

How did you pick songs for your new album?

Two of them [“He Can’t Own Them” and “I Never Was Too Much”] were written by Eric Gibson of the Gibson Brothers. He’s always one of my favorite writers. He sent a gang of songs he had not recorded. Every one of them was a great song. Those were the two that fit my style. Brink Brinkman — another excellent bluegrass songwriter — told me, “I have a song that I’d like you to hear.” As soon as I heard it [“Date With an Angel”], I wrote back: “I want it!”

“May I Sleep in Your Barn, Mister,” I learned from a guy named Cullen Galyean, a banjo picker and a great mountain singer from down in the Galax, Virginia, area. “Eat at the Welcome Table” is an old-timey spiritual song. When my dad moved up here to Pennsylvania, his neighbors were an African-American farming family. They had an old-timey string band and played gospel songs. They would sing that song. We put our own spin on it.

The album has an interesting mix of songs that come from different styles and influences.

That’s how music generally works for me. I love it all, and then I make it my own. My band is rooted in traditional music and traditional ways, but that shouldn’t hamper or restrict you. So, I keep my ears open to all kinds of things. You can sometimes take an idea from a non-bluegrass artist and use it in bluegrass.

It’s that way with my singing. I listen to everything from George Jones, Jerry Lee Lewis and Vince Gill to opera singers like Pavarotti – these guys all amaze me. How they control their voice and present it with such tone. For me that was lacking in my singing and I had to work at that… I learned to sing a little different as I got older – to take the edge off the high tenor part a bit. Things like that, and I noticed that people were responding better.

Congratulations on winning your second IBMA Male Vocalist of the Year win. Was the victory sweeter the second time around?

The first time I was so shocked. Any category when you are up there with Russell Moore, Del McCoury — all these guys that I enjoy. You’re shocked that people would appreciate what you do. The second time, it was like, “Oh my goodness.” It didn’t really set in until the next day or so. I love to go out and play to make people happy. I never thought of being something like Male Vocalist of the Year. It’s always the dream for everybody. It’s always a dream to play the Grand Ole Opry, but you’ve got to keep it realistic. A life lesson early on that I got from my dad: never get to where you think you’re better than anybody else. Because as soon as you do that, you’ll realize that you’re not.