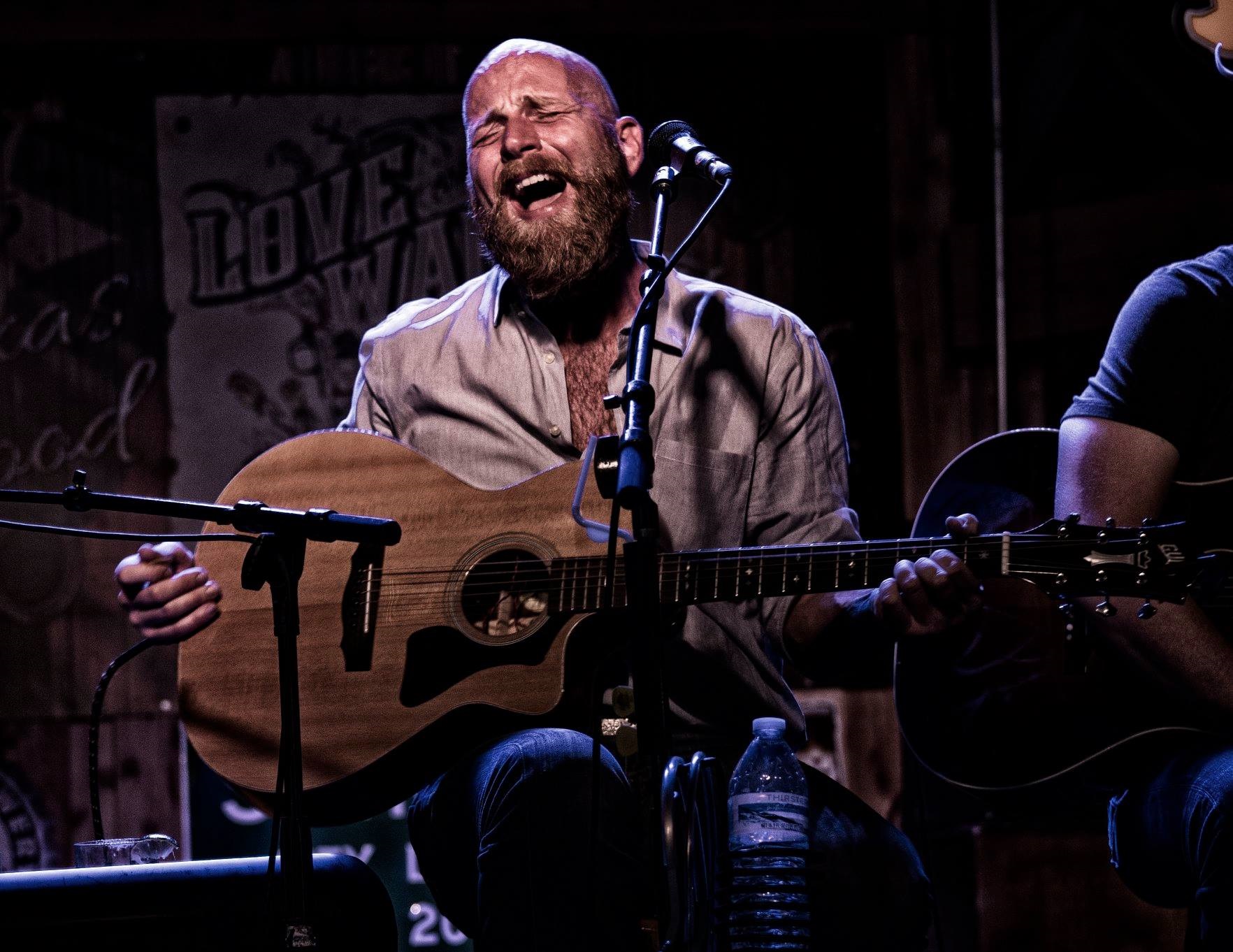 About a year after I quit my full-time job to pursue music wholeheartedly, I was playing a gig in Amarillo, Texas. It was supposed to be a big show, lots of RSVPs, online interaction, etc. I was stoked to get up there. So the gig starts, and it was quite literally just the bartender, the sound guy, and me. I remember getting several songs in, when I had this thought, ‘This is the dumbest decision you’ve ever made. Nobody’s listening, nobody gives a shit about your music, and nobody ever will.’ Sitting there feeling stupid and sorry for myself, I imagine I was pretty outwardly disengaged and the music probably sucked.

So in the middle of the song, I thought back about the night I decided to quit my job and pursue music as art, full-time. I was at the show of a hero of mine, Walt Wilkins. He had this big audience absolutely spellbound…just him and his guitar. It was the most beautiful music I’d ever heard. That night I dedicated myself to making music my life. Here I was a year later, and I thought to myself, “I wonder how many times Walt had to play to an empty room before he became what he is today?” And I asked myself the question, “Are you really serious about doing whatever it takes to make music for the rest of your life?”

The answer being yes, of course, I decided to play to that bartender and sound guy as if they were a thousand people. Because if I’d play every show that way, eventually they would be a thousand people. And in the middle of the same song, I started belting it out like I was in a stadium, pouring out heart and soul. In that moment, the door beside me slammed open hard. This huge rush of people filled the entire bar. They knew my songs, they requested their favorites, and they sang along all night. I remember thinking it was like the answer to a prayer, not one of petition, but rather one of unwavering dedication.

So that night, after all the good times were had, I went home and wrote the song “Troubadour’s Prayer.” It’s still one of my favorites.

Since I was very young, I’ve enjoyed literature. In fact long before I ever thought about getting involved in music, I wanted to be an author. In my 20s, I had this sales job where I spent several hours a week on the road (but not as many as I do as a musician). I read this quote from Mark Twain that essentially said, “The Classics are books everyone wants to have read, but nobody wants to read.” So I had this long period of time where I’d go to the library and pick up books on CD of all the classics, Bronte, Dickens, Poe, Hemingway, I went through them all. Now when I write, there are often references to those works, in the lyrics. Most folks will never pick them up. But they’re there for me…and literary nerds.

My mission in music is to leave a lasting legacy, not only of songs that critical listeners will consider well-written, but even more so songs that connect with people on a deeply emotional level, to help them celebrate their triumphs and loves, and grieve their failures and losses. This life is tragically brief, and when we are gone, how many of us will truly be remembered for what we contributed? Most are forgotten entirely after a few anecdotes from close family fade away with age and the natural transition of generations. But the world is a better place in some small way, when a person finds the one thing they truly do best, and pursues it with a fervor and a dedication that cannot be quelled. Passionate music makes the soundtracks of our lives, and when I am long dead and gone, I want to know the words I’ve written and the notes I’ve sung continue to have meaning in someone’s life.

I’m taking kind of a diagonal approach on this one and saying that there’s a very particular element of nature that has had a significant impact on my work. Firstly, I’m an avid traveler. As I write this, I’m sitting in a treehouse outside Nashville, en route to the mountains of Kentucky, where I spent my early childhood. I left Hot Springs, Arkansas, this morning after washing up in the natural mountain springs. I’ve been to 17 countries and 33 states so far, and the Nature that impacts my writing is the global connection between man and Earth, across all parts of the globe. When you start really traveling this world, you realize how big it is, and yet how small. People as a species love to connect with one another, and the lucky ones even commune with the earth around them. There’s so much to see in our short time here, and if you open yourself to the beauties this world holds, how can you not write about it?

I’ve grown pretty tired of songs in the first person. Not only my own, but how ubiquitous they are in music in general. Particularly with this latest work, I wanted to look at life through the lens of other people’s views and lives. Still that being said, I don’t really know how to write a song without it being fueled by autobiographical experience. So in this most recent album, all five songs tell a story. And none of them are about me. But all of them are intensely autobiographical…the names and places have been changed to protect the innocent.