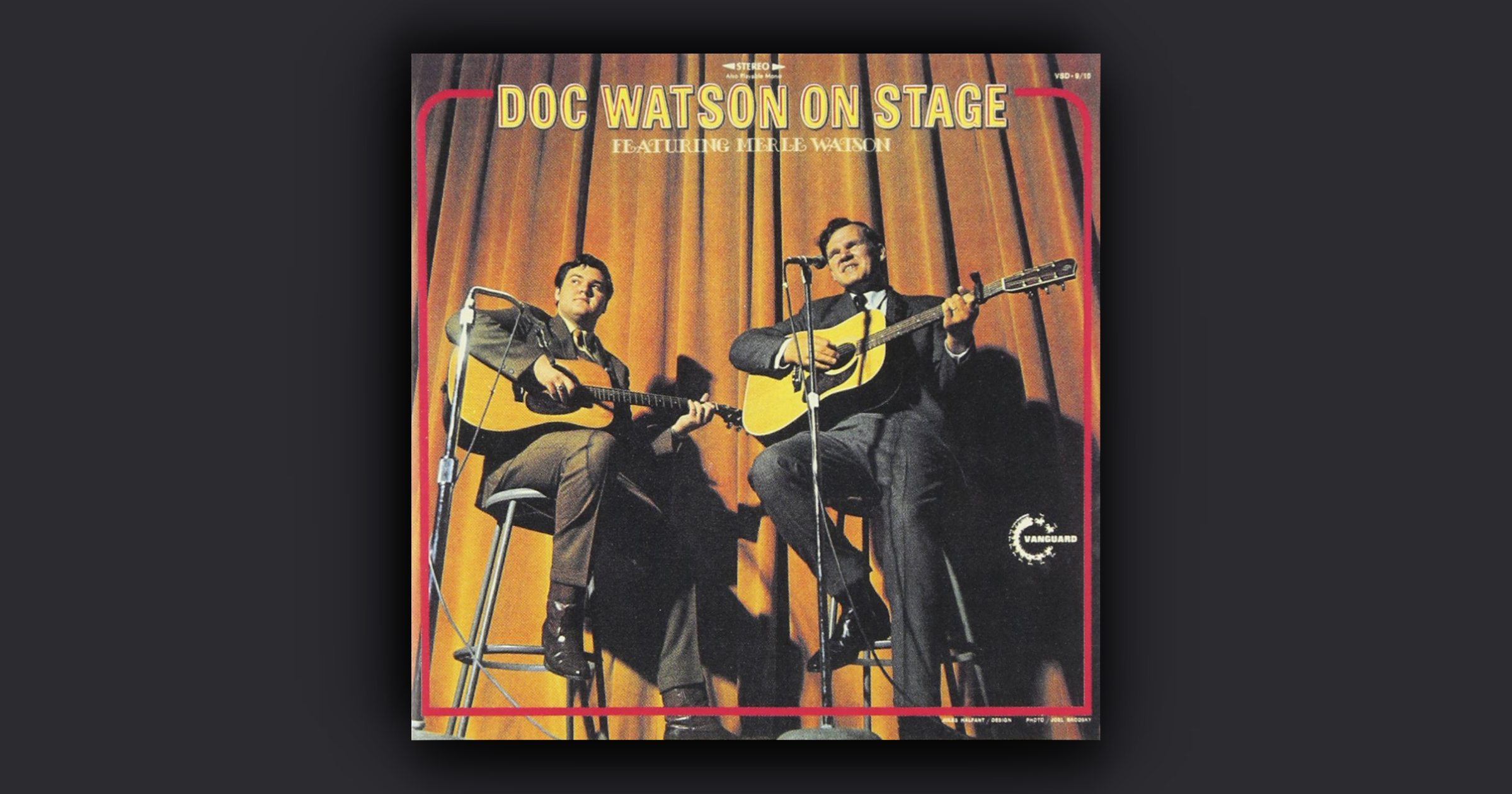 While the late great Arthel “Doc” Watson released scores of albums over the course of his career, he only made the main Billboard charts once and peaked at a modest 193 (for his 1975 album, Memories). But Watson made a far bigger mark as a performer, often in some unusual settings — from the most prestigious concert stages down to humble living rooms.

Even though Watson wasn’t a huge record seller, few artists in the history of American music ever generated more transcendent moments. He remains revered as one of the best flatpick guitarists of all time, and MerleFest (the festival he founded in memory of his late son) stands as an essential acoustic-music event.

Here are some of Watson’s signature moments of performance, captured for the ages. (Listen to the playlist below.)

We begin with a collaboration between Watson and his fellow North Carolina legend, master of the bluegrass banjo Earl Scruggs, with the old Flatt & Scruggs warhorse “Roll In My Sweet Baby’s Arms” — the closing track from the live album they recorded together in Winston-Salem in 2002. The picking is as hot as you’d expect, especially on this track where Ricky Skaggs urges a solo by calling out, “Try one, Doc!” He gets gone.

Legacy was the Grammy-winning retrospective album Watson made with his longtime, late-period accompanist David Holt, with songs and stories going all the way back to his earliest days playing music. The package includes a live show recorded in Asheville, North Carolina in 2001, with one of his best-ever versions of the Etta Baker Piedmont blues classic “Railroad Bill.” Watson could indeed play about as fast as a runaway train, and this features some of his swiftest guitar runs ever captured.

Watson’s newest release is this live recording of some of his earliest shows in New York City, 1962 in Greenwich Village, when he was one of the rising stars of the budding folk revival. Watson performs here with his father-in-law, the renowned old-time fiddler Gaither Carlton. But what’s really notable is that Watson is playing banjo in the old style rather than guitar. It turns out he was almost as formidable on five strings as six.

This Americana landmark captured a revolutionary moment, an intergenerational, country-rock summit with the Dirt Band on one side and the country/folk/bluegrass establishment on the other. And it wasn’t live onstage, but live in the studio, with the tape machine left running to record between-song conversations. That captured some of Watson’s priceless homespun pearls (“That’s a horse’s foot in the gravel, man, that ain’t a train!”), as well as what stands as his definitive recording of this stately, well-worn standard. “Tennessee Stud” made Watson a star all over again to yet another generation of roots-music enthusiasts.

Watson had many fine accompanists over the years, but none better than his son Merle, who was always on Doc’s wavelength. Ever modest, Doc always claimed that Merle was the better player. He was, of course, wrong about that, but Merle was a great picker in his own right. Recorded live at Cornell University, this is an excellent version of the old spiritual that also appeared on Circle. “I Am a Pilgrim” would remain an evolving onstage set piece for Doc over the years. After Merle’s tragic death in 1985, Doc would customize the lyrics in performance: “I’ve got a mother, a sister and a brother and a son, they done gone on to that other shore.”

Another track drawn from one of Watson’s early-period excursions up to New York City, this was recorded during 1962-63 engagements at the legendary Gerdes Folk City nightclub. And this cover of the instrumental by Merle Travis (for whom Doc named his son) is aptly named. When he really got to cooking, Watson could play guitar so fast he just about left a vapor trail.

Ralph Rinzler, the musicologist who first discovered Doc in the early 1960s, recorded this album live at the Watson family homestead in North Carolina. It captures some of what life must have been like growing up singing and playing with Doc; son Merle, wife Rosa Lee and father-in-law Gaither Carlton are among the relatives present. “Every Day Dirt” shows off just how personable a vocalist Watson could be, although as always the real draw is the obligatory killer guitar-picking.

From that same recording, Doc plays guitar accompanied by his son Merle on banjo, covering the old Clarence “Tom” Ashley song that appeared on Harry Smith’s epochal Anthology of American Folk Music. Thanks to the familial radar that comes when blood relatives play together, the instrumental interplay is perfect. This is also a great example at Watson’s mastery of the art of call-and-response between his guitar and voice.

“What Would You Give in Exchange for Your Soul?” – Bill Monroe and Doc Watson, Live Recordings 1963-1980: Off the Record Volume 2

Watson’s modesty was such that his natural inclination was to regard himself as a sideman — even though he was rarely if ever not the best picker and singer in the room. But he plays the role of foil perfectly here, vocally as well as instrumentally, to Monroe’s rippling mandolin and high lonesome tenor on this live version of the first song The Father of Bluegrass ever recorded.

Before he started playing guitar, Watson’s first childhood instrument was actually a harmonica, which he wore out so fast from playing it so much, his parents had to give him another one at Christmas. A new harmonica became a perennial favorite gift. This version of the venerable folk-music classic features Watson blowing a mean harmonica and his descending runs on guitar are also a thing of beauty.

We close with a bit of a wild card, in that it’s a performance by someone else. But it’s one in which the presence of Watson’s spirit looms large enough to be felt. “Your Lone Journey” is a song that Doc and Rosa Lee wrote, and it bids a poignant farewell to a loved one at the moment of death. It is performed here by Watson’s fellow North Carolinians Steep Canyon Rangers, recorded on the main Doc Watson Stage to close out the 2019 MerleFest.