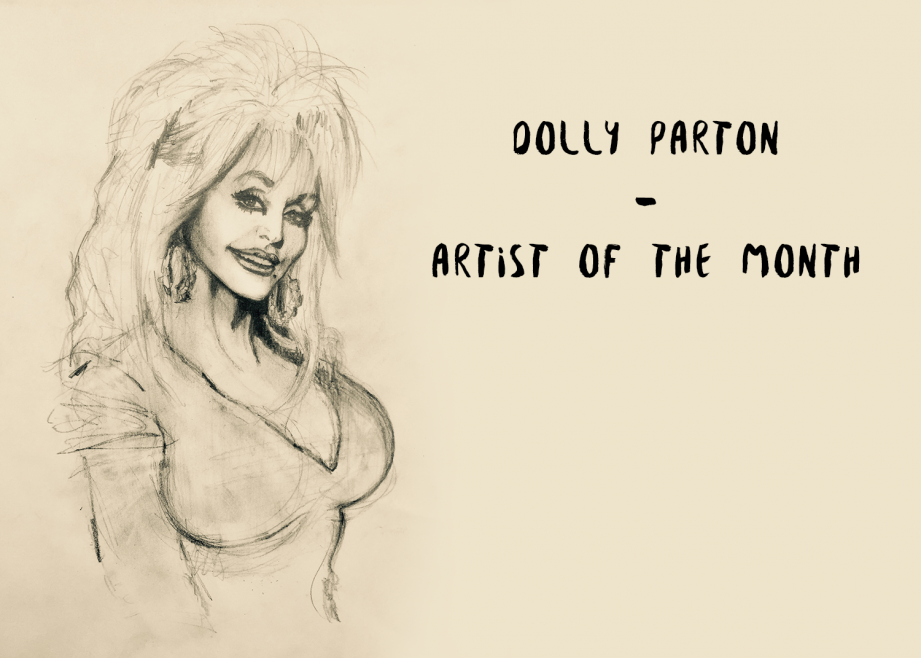 Back through the years, I go wandering once again
Back to the seasons of my youth…

So begins “Coat of Many Colors,” which Dolly Parton frequently cites as the favorite song she’s written. That 1971 country classic is just one example of Parton’s ability to view the world through a child’s eye, whether she’s writing about her own life, placing a fictional young character in dramatic circumstances, or simply making a connection to a new generation of kids.

The newest example of this gift is Dumplin’ – a Netflix film where an overweight teenager finds solace in Dolly’s music. Leading up to the movie’s release, Parton released a duet version of “Here I Am” with Sia – an ironic choice, as the pop star is famous for singing with her back to the audience. But that anthem of self-declaration sets the tone for the Dumplin’ soundtrack, underscoring one of the reasons that a teenage girl would love Parton’s music in the first place. The heartfelt film is based on a young adult novel by Julie Murphy.

Seeing an early cut of Dumplin’ inspired Parton to write “Girl in the Movies,” a thoughtful song that finds her identifying with that very character — the “girl in the movies.” Parton told NPR that she wrote it for every little boy and girl. The song carries a strong message, she says: “Don’t just live in a fantasy of watching someone else live their lives. You star in your own role. You be the star of your own life.”

Parton has embodied that perspective for 60 years. In fact, 2019 is the 60th anniversary of the first time she released a song she wrote – in this case, “Puppy Love,” composed with her uncle Bill Owens. Parton was 11 years old when she wrote it, 12 when she recorded it, and 13 when it was released as a single on the tiny Goldband Records. She sang locally around Knoxville, Tennessee, and moved to Nashville on the day after she graduated from high school in 1964. Two years later and still chasing her dreams, she married Carl Dean, a lasting union that nonetheless yielded no children of their own.

Yet time and time again she incorporated a child into the storyline of her music. For example, in “Mommie, Ain’t That Daddy,” Parton sings from the perspective of a woman whose kids happen to see their father begging for money. In “Jeannie’s Afraid of the Dark,” Parton describes Jeannie as a child who feared burial; her duet partner Porter Wagoner then reveals that Jeannie dies. “Malena” is another doomed child who dies on the night of her birthday, finally receiving the set of wings she’d asked for.

By 1970, Parton had carved out a solo career in addition to her role on Porter Wagoner’s TV show. Her first No. 1 hit, “Joshua,” tells the story of an orphaned girl who hears about a mysterious man living a good ways down the railroad track. Curious, she seeks him out – and then promptly moves in with him. (“Why, you’re just what I’ve been lookin’ for!” she exclaims.) The poetic “Coat of Many Colors” arrived a year later, serving as a morality tale that still resonates decades later.

Parton employed that same autobiographical approach for “In the Good Old Days (When Times Were Bad),” a gem from My Tennessee Mountain Home. Reflecting on her childhood years, she sings, “No amount of money could buy from me the memories I have of them / No amount of money could pay me to go back and live through it again.” (Merle Haggard identified with the lyrics so much that he recorded a version, too.) Another of the compositions on that album is simply titled “I Remember” and finds her blissfully recalling those seasons of her youth. Of course, as she matured, so did her songwriting, most notably on poignant compositions like “I Will Always Love You,” “Light of a Clear Blue Morning,” and of course, “Jolene.”

Still, if you dig into her albums from this era, you’ll find songs like “Me and Little Andy,” about a poor girl and her dog who wind up on Dolly’s doorstep. She agrees to let them spend the night; by morning, the girl and the dog are both dead. Another one, “Mammie,” is about a midwife who raises a child after the mother dies at birth and then teaches the child to sing and play guitar — but Mammie herself doesn’t live to the end of song. “Silver Sandals” recounts the story of a disabled young girl who couldn’t walk; when she inevitably dies, Dolly and Porter imagine her happily walking up the golden stairs of Heaven.

On a brighter note, Dolly reminisces about a banjo picker she knew as a kid named “Applejack.” Almost like a precursor to Dumplin’, Parton composed “Shattered Image” about sitting on a bridge as a girl and throwing rocks into her reflection in the water. She compares the experience to the way people were shattering her public image as an adult. A 1979 album cut, “Nickels and Dimes,” is a co-write with her brother Floyd Parton, who died in December. While writing it, Dolly thought about how she’d open up her guitar case in downtown Knoxville as a young girl and busk in order to get enough quarters to buy hamburgers. By the time the song ends, she’s a star, but here’s how it begins:

“I used to stand on the corner and sing as a child
And I’d play my guitar and sing as the people went by
The sidewalks were crowded but I’d just sing louder ‘cause I didn’t mind
Spending my time, spinning my rhymes, and singing for nickels and dimes.”

Even beyond her musical output, Parton has kept a strong bond between herself and a younger generation. In 1986, she invested in a theme park in East Tennessee and rebranded it as Dollywood – a gift that keeps on giving, with new attractions added nearly every year. And it’s not all roller coasters. Parton’s mother sewed a replica of the fabled coat of many colors to display in the museum dedicated to Dolly’s life and career.

Nearly a decade later, Parton instituted the Imagination Library, where pre-school children receive a monthly book at no charge. To these lucky kids, Parton is known as “The Book Lady.” Meanwhile, “Coat of Many Colors” has been successfully transformed into a children’s book and an award-winning TV movie, in addition to being recorded by the likes of Eva Cassidy, Emmylou Harris, Joey & Rory, and Alison Krauss & Shania Twain.

When Parton was 70 years old, she secured a No. 1 country album with 2016’s Pure & Simple. One of the most charming songs on it is titled “I’m Sixteen,” where she sings, “It goes to show you’re never old / Unless you choose to be / And I will be sixteen forever / Just as long as you love me.” A year later she released her first-ever children’s album, I Believe in You.

As 2019 begins, Parton is in the spotlight again. On January 6, “Girl in the Movies” will compete for a Golden Globe award in the category of  Best Original Song in a Motion Picture. A month later, she will be recognized as the MusiCares Person of the Year at an all-star concert event, just a day before the Grammy awards. Along with celebrating her magnificent musical achievements, the presentation also acknowledges the fact that the Imagination Library has given out 100 million books since its inception. Parton is the first member of the Nashville music community to be honored at the annual MusiCares gala.

Way down in the fall, Parton will return to the Grand Ole Opry, celebrating the 50th anniversary of her induction in October. But her history to the Opry stretches about a decade before that. When she was 13, Parton and her uncle Bill Owens had lingered outside the Ryman to meet Johnny Cash. When he emerged, a starstruck Parton begged Cash to let her sing on stage – but it would take a while for this dream to be realized. In time, Opry star Jimmy C. Newman gave up his slot for her, although Cash handled the introduction that night. According to Parton’s autobiography, Cash told the audience, “We’ve got a little girl from up here in East Tennessee. Her daddy’s listening to the radio at home, and she’s gonna be in real trouble if she doesn’t sing tonight, so let’s bring her out here!”

Parton wrote about this career milestone in her book: “I know I had never heard a crowd cheer and shout and clap that way. And they were doing it all for me. I got three encores. This time I was prepared for an encore, but not three, not at the Grand Ole Opry. Someone told me later, ‘You looked like you were out there saying, “Here I am, this is me.”’ I was. Not just to that audience but to the whole world.”