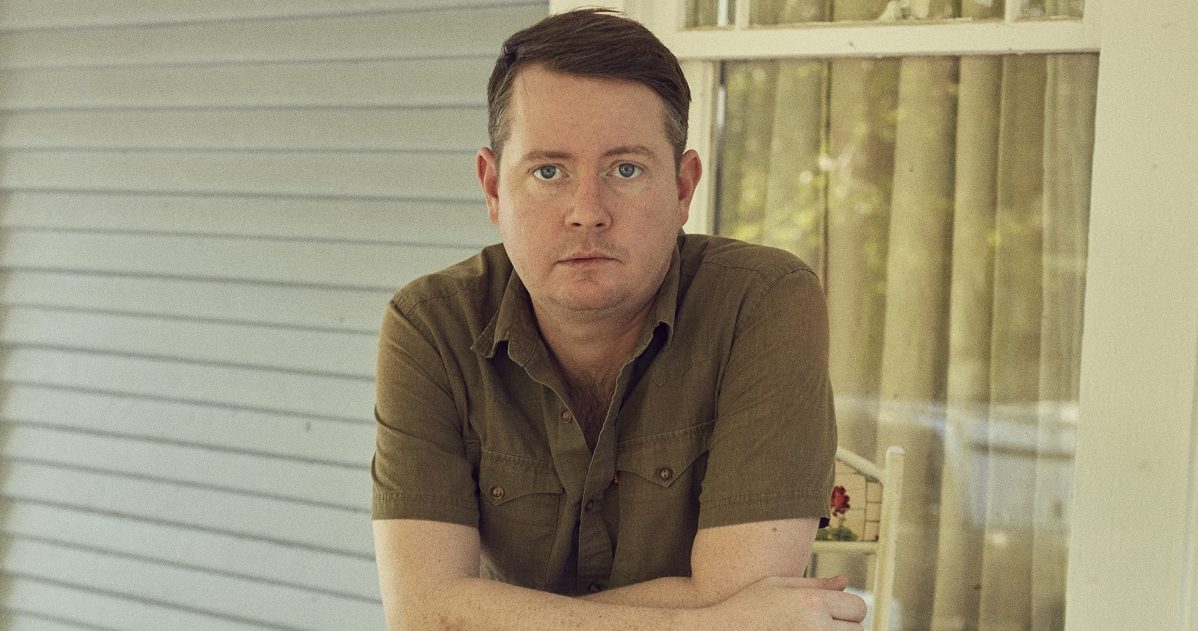 Yes, artists tend to be insecure. Still, it’s surprising to hear John Fullbright admit he steeled himself for bad reviews after releasing his third studio album, The Liar, in October. In fairness, though, he does have a higher-than-average bar to meet.

When the Bearden, Oklahoma, native released his studio debut, From the Ground Up, 10 years ago, what was essentially a collection of demos earned him a Grammy nomination, Americana Honors & Awards nods for Album and Emerging Artist of the Year, the ASCAP Foundation’s Harold Adamson Lyric Award (presented by another home-state hero, Jimmy Webb) and inclusion in the Rock and Roll Hall of Fame’s tribute to Chuck Berry — where his blues-drenched, Leon Russell-infused delivery of “Ain’t Nobody’s Business” stole the show.

He was 24. At 26, he released an even more powerful album, Songs, which charted in the U.S. and U.K. Journalists again showered the pianist, guitarist and harmonica player with praise, expressing eagerness to follow his career evolution.

They weren’t expecting to wait eight years, but Fullbright was, indeed, busy evolving. He moved from Bearden (population: 133) to Tulsa (population: 411,401), where he was welcomed into a supportive music community and thriving creative scene. He embraced “Tulsa time” — a laid-back vibe he characterizes as “that JJ Cale attitude” — and discovered he loved jamming as a sideman instead of always having to carry the show.

As his already prodigious skills expanded, his confidence skyrocketed, which loosened him up on stage and in general. It’s made him a better performer, one who willingly unspools stories behind songs and engages audiences with more finesse than he already had. It also led him to seek other new experiences — like producing American Aquarium’s 2018 album, Things Change, and making his acting debut in pal Sterlin Harjo’s Hulu series, Reservation Dogs.

“It was pretty fun,” he says of his cameo as a salvage yard worker. But he has no more desire to pursue acting than he did to turn From the Ground Up’s momentum into a push for fame.

Fullbright finally got around to recording The Liar because he wanted to use the late Steve Ripley’s farmhouse studio, a replica of the one Ripley owned for 20 years in Tulsa: the famed Church Studio formerly owned by Leon Russell. Fullbright had watched Ripley painstakingly re-create the Church’s fabled Big Room (the original, now a National Historic Landmark, is considered the birthplace of “the Tulsa Sound”), but the engineer died before he could use it.

When Fullbright heard Ripley’s widow was considering selling the place, he asked if he could record something before she did.

“I gathered the guys I’ve been playing with for years now, and we went and stayed out there for a few days,” Fullbright says. “We just hung mics all over the room and started playing. I came in with a handful of finished songs and a handful of unfinished songs, and we started kicking around ideas. … It very organically came together. Next thing we knew, we had 12, 15 songs recorded. A lot of these tracks are live.”

Over four days, Fullbright discovered the joy of collaborating, particularly with Jesse Aycock (guitar, pedal steel) and Patrick Ryan (drums, percussion, cover art). He also enlisted his partner, Anjelica Baca, to sing on three tracks, including the pretty near-duet “Lucky,” and the standout “Safe to Say.”

On that one, Fullbright steers his Wurlitzer from a bluesy groove into Memphis/Muscle Shoals R&B/soul territory, singing, “I’m not talking about eyes or oceans / Smiles or sunsets / This seems stranger / I locked my heart up / Kept it company / I didn’t know I was even in danger.” Gaining thrust as he heads for the high notes, he finally shouts “I’m in lo-o-o-ve!” “I’m in lo-o-o-ve!” over a gospel chorus, seemingly ready to escape gravity altogether — until he deftly pulls back on the throttle, coming in for a landing so gentle, it’s as if that dramatic flight never occurred — except for listeners left gasping for breath from that rocket ride.

“I was going for, like, Otis Redding; start out really, really soft, and just build it as big as you can,” Fullbright explains. “I listen to a lot of R&B, and I have found that the more patient you are, the more tension there is, and the more tension there is, the bigger the payoff. It’s also a risk; sometimes it doesn’t work. But when it does, it’s great. I can go back and listen to that song and still get chills.”

Except for a few overdubs, the song was captured in one take. As for that gospel chorus, they just gathered everyone around a single mic. The same technique was used for “Poster Child,” another Fullbright-Dustin Welch cowrite in the Kurt Weill-ish vein of their darkly satiric “Gawd Above.”

On The Liar, Fullbright also includes a charming version of “Where We Belong,” by the late Tom Skinner, a founding father of Stillwater, Oklahoma-spawned red dirt music.

“We’ve been playing that song a lot live just because it’s just a really honest country song, and those are hard to come by sometimes,” says Fullbright. “And it’s an homage to Tom because he was my friend. He showed me the ropes when I first started playing music in front of a microphone.”

Fullbright was a still a teen when his performance at the Woody Guthrie Folk Festival (aka WoodyFest), Okemah, Oklahoma’s annual celebration of its most famous resident, generated some big buzz. From there, he made his way to Oklahoma City’s Blue Door, Greg Johnson’s iconic listening room. Johnson was so impressed by Fullbright’s skills, he did something he’d never done in all his years of showcasing talent: he offered to become Fullbright’s manager.

Neither had planned for such a quick take-off. As Fullbright’s career unfolded, it flipped into some bizarro Cinderella story — one in which the glass slipper gets dumped because it’s too shiny and uncomfortable.

Fullbright doesn’t like limelight; he actually left college in part because he was too shy to raise his hand in class or speak to groups. But his talents still drew attention, despite his discomfort (which may or may not be referenced in The Liar’s booze-centric “Social Skills” and the definitely not autobiographical, Tom Waits-inspired title track, written over coffee around 9 a.m.).

An early hint of his trajectory came when he won the Bugle Boy Foundation Talent Trust Award at 23, which funded From the Ground Up. But he declined to finance a Grammy vote-gathering campaign; he has little interest in music-biz politicking. Though he has a distribution agreement with Thirty Tigers, he’s never signed with a label; all of his albums have been released on his own Blue Dirt Records label.

After the 2014 release of Songs, Fullbright knew he didn’t want to engage in extended touring indefinitely. The move to Tulsa gave him more reason not to: being close to a major airport made it easier to do short hops and one-off appearances, and in-between, he could stay home and play.

“I’m still shy,” admits Fullbright, who pre-signed discs for a recent performance so he wouldn’t have to interact at the merch table. “But I definitely feel a lot less like an outsider looking in. One of the things about being in this particular community is, it’s nothing for somebody to just text and say, ‘Hey, man, I can’t make it to this show. Would you mind filling in?’ And ‘Hey, would you mind letting my dog out?’ ‘Would you mind watching my kids for a couple hours?’ To me, that’s what’s really cool about it. We don’t just get together and play music.”

Now, he splits his time between Tulsa and the Bearden farmhouse in which he was conceived. In the city, he has a community, grocery stores and garbage pickup. In the country, he has … stars.

That glittering night sky inspired what’s widely regarded as Fullbright’s magnum opus: “Stars” — finally recorded for posterity after years of only live performances. It’s a stunning work, a sweeping epic addressing loneliness, love, loss, life, death and God in six simple stanzas. Nearly every already-glowing review singles it out for effusive praise (so much for those fears of panning). Under a video of Fullbright performing the song, former Austin American-Statesman critic Peter Blackstock wrote, “I did not hear a better new original song than this from anyone in the past decade.”

That led to John Legend’s so-far-unreleased recording. Potential mailbox money aside, it really should be Fullbright’s version lodging in the memory of everyone who hears it.

He wrote it after playing at a close family friend’s funeral. The night before, he recalls, “It was a very clear night, and I was in a very bad mood. I was angry because John was gone. But I have a tendency, when I walk from the car to the back porch, just to look up and stare at the stars for a minute, get my bearings. That night, I was doing my star gazing and I just went, ‘Man, if you’re just gonna die, what is the point?’ I was in a dark place.

“The next day, I played John’s memorial service and hung out with the family all day,” he continues. “We laughed and cried, and I came back to the house and looked up at the sky. Same stars. And I was filled with this sad joy, like, ‘What was I thinking last night? Life is something to take very, very seriously. It’s very precious. And it’s very short.’ I walked inside and wrote the song; it all just came out at once. That so rarely happens. The whole thing got written in one sitting and recorded onto my phone, and that was it. I went to bed.”

Fullbright may have turned his back on potential stardom, preferring an ember’s steady glow to the quick fade of flashy fireworks. He’s never had a hit, but he’s already written several songs that deserve to be considered classics. “Stars” outshines them all, though. It truly is one for the ages, from an outstanding talent who, ideally, won’t wait another eight years to give the world more songs that shine even half as brilliantly.