Fiver Gives Voice to the Voiceless on Fascinating New LP 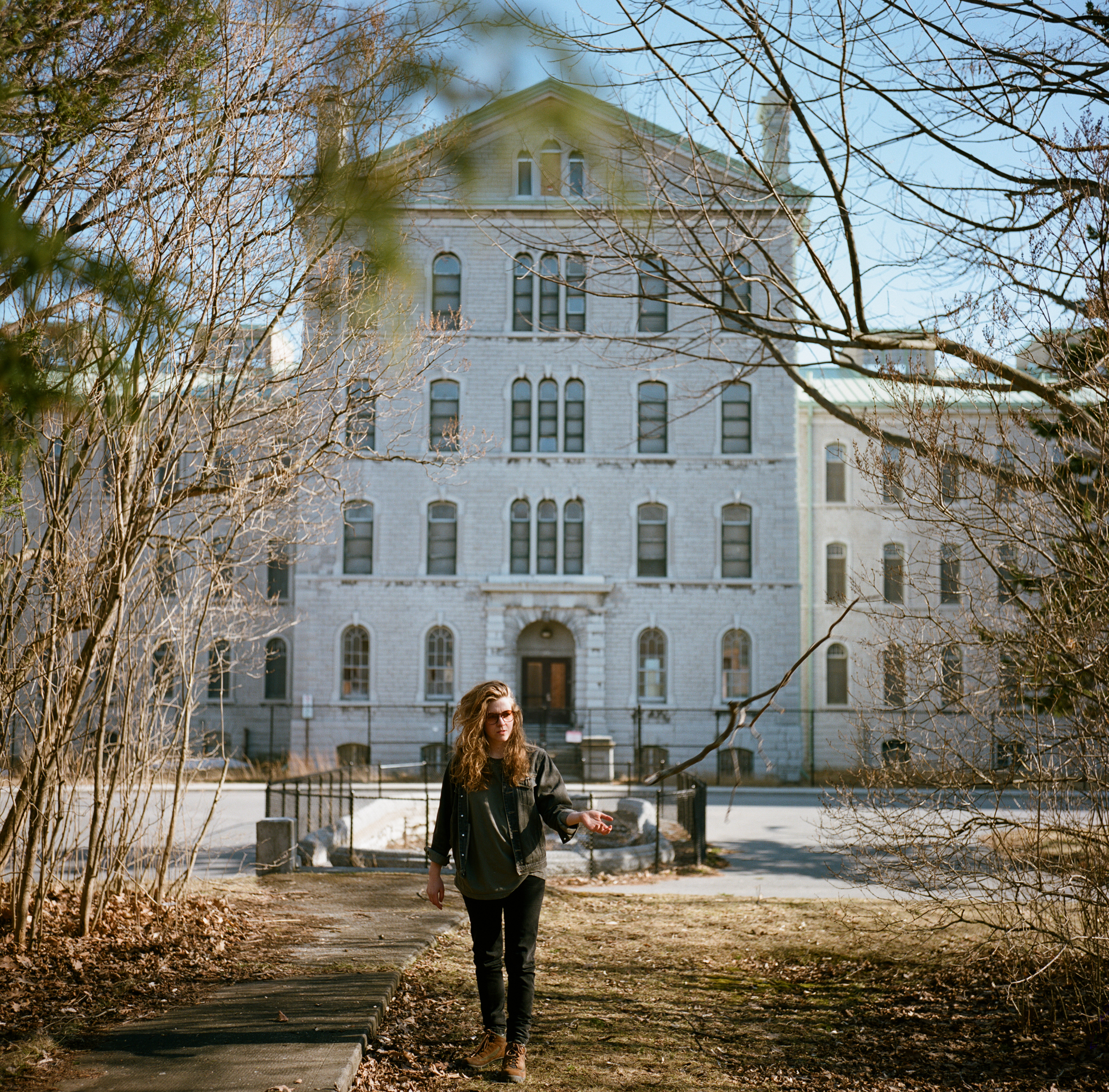 From her work with the country outfit One Hundred Dollars and the psych-rock band the Highest Order to her solo output under the moniker Fiver, Canadian musician Simone Schmidt has been churning out sharp songs for nearly a decade. For her latest project as Fiver, Schmidt adapted the North American folk tradition in order to dig deep into political systems and colonial power. The result is Audible Songs from Rockwood, an album of fictional field recordings that each tell a different story of a patient at Rockwood Asylum for the Criminally Insane, an institution which operated in the 1800s.

“I was researching incarceration in Canada, where I’m from, just out of personal interest, and I came upon this article in a newspaper that described Rockwood as the first asylum for the criminally insane in what was called Upper Canada, at the time,” Schmidt explains. “It was built to house this class of criminal that couldn’t conform to the social order of either the Kingston penitentiary or the insane asylum at Toronto.”

There was one detail that Schmidt couldn’t shake: Inmates were housed in horse stables on the estate while Rockwood was being built.

“That image came to me so vividly — walls washed with lyme, darkness, slats through which food was pushed — and I wrote a song that I performed for a few years; it’s called “Stable Song” on the album,” she says.

Schmidt continued to wonder about the inmates — all of whom were women — and began a two-year stint researching the asylum and sorting through case files from 1856-1881.

“Mostly my process was that I would get into the case files, which were really sparse, and if they had an interesting detail — an image that struck me as best conveyed in song — I would try to understand the context in which the inmate was living, which requireda lot of learning on my part, because my grip on the history of that time was pretty loose,” says Schmidt. “So I was reading the superintendant of the asylum’s diary, notes to the legislature about it, newspaper articles that mentioned specific inmates, and then doing further research into farm life in the mid-19th century, coffin ships, typhus, to medical practices of the time, settler law, and on and on. With that information, I’d flesh out the inmate’s backstory, which effectively became a work of historical fiction, and then I’d journal as the character. If that character seemed like they’d have a song, I’d carve their journal into verse.”

An extensive booklet of liner notes a la Smithsonian Folkways acts as a supplement to the record, providing historical context and analysis. In order to further achieve the Folkways sound of recordings gathered place to place in real time, Schmidt used a variety of tape machines.

“I recorded myself on a Sony Song-O-Matic at my friends Martha and Charlie’s house which doesn’t have the streetcar track noise my house has. I wanted the voice to be kinda blown out on the high range for some of them, hard to grasp, and crisp on others,” she explains. “Gavin Gardiner and I mixed them at this home studio he has a few doors down from me. He has all kinds of tape machines, and we were just bouncing songs all over the place and getting really picky about things I can’t hear now. It can get that way — messing with tape speeds by baby increments and such, fooling yourself. But all these things result in slight differences from song to song, that are meant to infer that the album is a variety of field recordings, similar to the Smithsonian Folkways approach to song collecting. The performances were all live, too, but for some backwards fiddle overdubs, so there’s that feeling of the tunes actually being played, rather than constructed in some image of perfection.”

Through her intricate finger-picking and vocal adaptations, Schmidt breathes new life into the stories of women who have otherwise been forgotten, ensuring their place in history.