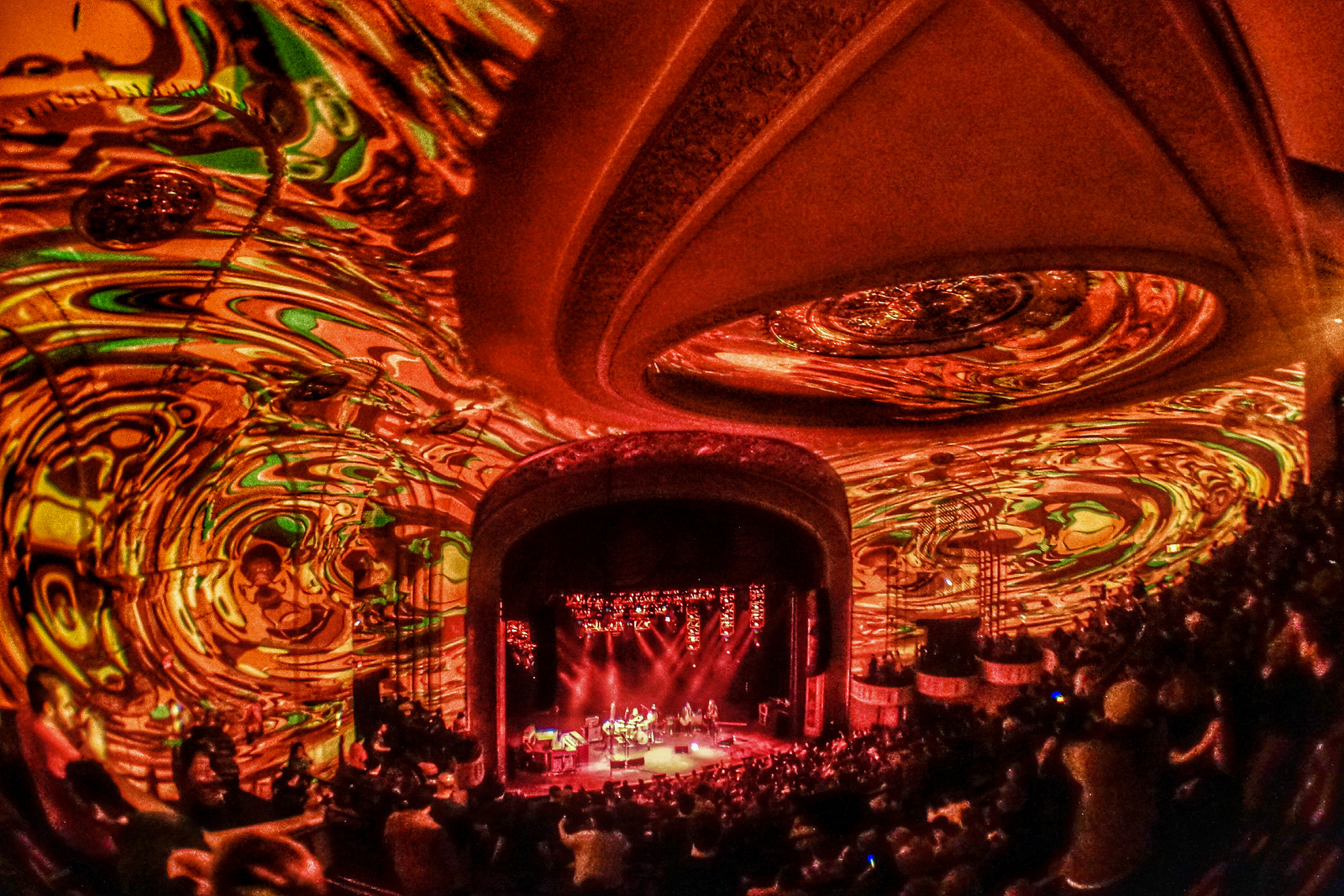 Up in the farther most corner of Westchester County New York, right at the Connecticut border, sits a renovated 1920s playhouse that also happens to be one of the best music venues in the Northeast, if not the whole country. The Capitol Theatre first opened its doors on August 18, 1926. Over the 90 years since, it has seen quite a few changes … and a whole lot of history. In the 1970s, the Cap was an A-list rock club before a 1983 change in ownership flipped it back to being a traditional theatre. More shifts happened over subsequent decades until the Cap's most recent rebirth in 2012 with Peter Shapiro (Wetlands Preserve, Brooklyn Bowl) at the helm.

Here, Shapiro takes us through the club's musical history, song by song.

Jerry Garcia said it best himself: “See, there's only two theaters, man, that are set up pretty groovy all around for music and for smooth stage changes, good lighting, and all that — the Fillmore and the Capitol Theatre. And those are the only two in the whole country."

With that level of praise, it’s no wonder that the Grateful Dead played the Cap 18 times in 1970-1971 alone. To this day, members of the Dead still play the Cap.

Perhaps the Cap’s most famous true story of rock history is that, on August 8, 1970, Janis Joplin wrote "Mercedez Benz" at a bar in Port Chester called Vahsen’s. Later that night, she performed the song for the first time at the Cap in what turned out to be her last New York show and her third-to-last show ever.

Hot Tuna has the distinction of being one of the few bands to play the Cap in all three major eras that it's hosted rock bands. Jorma Kaukonen and Jack Cassidy have played the Cap stage four times in the '70s, three times in 1989-1990, and twice in 2014-2015. They were back again this year.

Derek & the Dominoes — “I Looked Away”

The Eric Clapton-led supergroup didn’t tour much in support of their classic album Layla and Other Assorted Love Songs, but on December 4-5, 1970, the Cap was one of the lucky stages to have hosted this group. Duane Allman was not part of the band’s touring lineup but he also played the Cap with the Allman Brothers Band that same year.

When the Cap was first reborn as a rock venue in the late '80s, many of the '90s future musical innovators were just beginning to make a name for themselves. Phish gained a huge New York following in the early '90s with seven shows at the Cap between 1990-1992 before moving on to bringing 80,000 people to their own festivals. While drawing from just about every musical influence under the sun, the Vermont foursome never shied from showing their love of bluegrass and Americana on songs like this one.

During the Cap’s '90s revival, many bands that hadn’t had the chance to play the theatre in its prime were finally able to take the stage. In 1990 and 1995, rock heroes Little Feat were able to bring their unmistakable melting pot of musical influences to the Cap. Since reopening in 2012, they’ve been back three more times, and on September 9 of this year, we'll make that four.

Bob Dylan — “Times They Are A’ Changin'”

When the Cap was reborn in 2012, Bob Dylan had his first performance ever at the Cap in the newly renovated theater. What better song to celebrate an exciting new time in the Cap's history.

Willie Nelson — “Somebody Pick up my Pieces”

The country legend made his long-overdue debut at the Cap with two consecutive shows on September 18-19, 2013. Not many artists of his caliber can say that they’ve had several generations of fans in their audience at the Cap.

Jeff Tweedy and company were well aware of their musical roots when they recorded “Mermaid Avenue” with Billy Bragg. Using lyrics from Woody Guthrie they crafted music that sounded timeless yet relevant for the 21st century. In 2014, Wilco sold out three nights at the Cap to mark their 30th anniversary, even throwing in a nod to the Grateful Dead with a cover of "Ripple."

My Morning Jacket — “Get the Point”

While their eclectic sound can range from garage rock to funk and electronic music, My Morning Jacket always incorporates elements of their Kentucky roots. Despite having already headlined major festivals and arenas like Madison Square Garden, MMJ stunned the Cap with a three-night run of shows in 2012. To make these intimate shows even more special, each show had a unique set list with no songs repeated from previous nights.

Of all the bands that have brought the sounds of roots music and Americana to new audiences in the last 10 years, few have generated as much excitement as the Avett Brothers. Their 2016 show at the Cap sold out within minutes, providing fans with a special and intimate night. The Cap loves to book bands that are known to play much larger venues as a way to give fans a once-in-a-lifetime experience.

Few people have held the torch of consistently prolific songwriting in America as long as Ryan Adams. While his musical ventures have taken him as far as metal covers and Taylor Swift interpretations, Adams always returns to his folk-oriented roots. In his debut at the Capitol Theatre on July 24, 2016, Adams brought along bluegrass group the Infamous Stringdusters and singer/songwriter Nicki Bluhm. The Stringdusters and Bluhm added lush harmonies and acoustic bluegrass instrumentation to his songbook.

Ninety years later, the future is most certainly looking bright with up-and-coming groups such as Greensky Bluegrass set to carry the torch for roots music on the Cap stage. The Michigan bluegrass group will be making their debut at the Cap on September 17, 2016.

Nashville's 3rd & Lindsley celebrates its 25th anniversary this year with a MIXTAPE of its own. 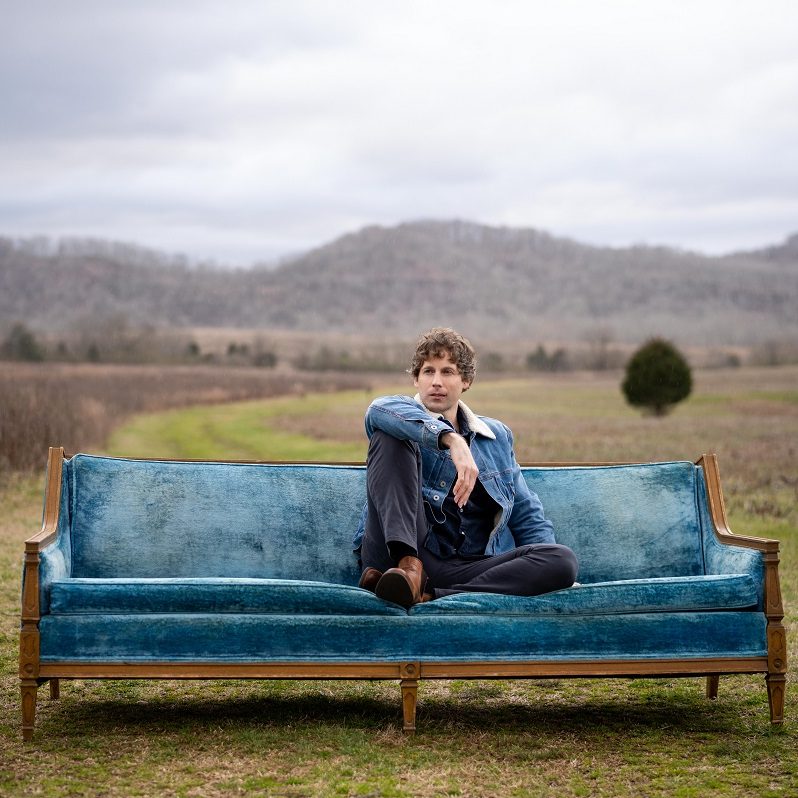