For Chris Thile, Instrumental Music Excels in the Cracks of Language (2 of 2) 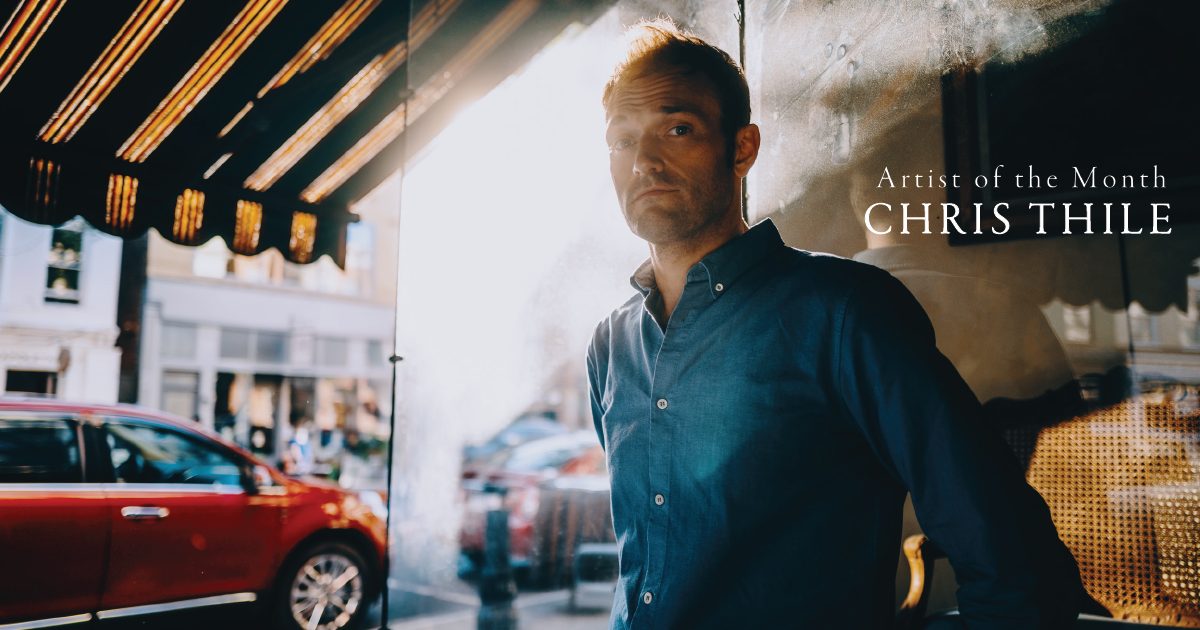 Chris Thile has always woven religious references into his songwriting, but never so much as on Laysongs. Recorded in solitude in an old church with just a mandolin and a sound engineer, the new album offers lyrics that question our impulses and references that span the Bible (“Ecclesiastes”), Hungarian composers (a take on Bartok’s “Sonata for Solo Violin, Sz. 117: IV. Presto”), and bluegrass legends (a cover of Hazel Dickens’ “Won’t You Come and Sing for Me”) in service of a higher truth.

Here, in the second installment of a two-part interview, BGS catches up with Thile about co-producing an album with his wife, finding inspiration in good wine, and why great instrumental music should emulate a warm dinner conversation.

Read the first half of the BGS Artist of the Month interview with Chris Thile here.

BGS: Your wife, [actress Claire Coffee], co-produced this album with you. What did that lend to the final product, and how did it influence the process?

Thile: Pretty much since we met, she’s graciously been my unofficial editor. It was high time to just formalize that. [Laughs] When you’re doing something like this — a pure solo record, no overdubs, absolutely nothing between me and your ears — it really helps to have someone involved who is absolutely 100 percent unimpressed with you. She has heard every one of my tricks and can see straight through them, can hear straight through them.

As an actor and someone who’s made a lot of film and television, Claire cuts straight to the chase: “Is this meaning something? Does one and one equal two here? Are we starting somewhere and ending somewhere — and how is the ride between those two points? Are we engaged? Is this clear enough, and does it ever get too painfully clear? Are we leading the witness, are we telling people the punchline before we give them the setup?” I can really gild the lily when left to my own devices. Musically, I can sort of be the guy in the theatre, like, elbowing you — like I’ve seen it six times and I’m like, oh, you’re going to love this part! And so Claire, I think, is so good at being like, “Hey. Don’t do that.” [Laughs]

And perhaps, also, letting you know when it’s warranted.

Right. Sometimes I won’t pull the trigger on what would be a really interesting decision because I’m worried that I’m just swinging too hard. I sort of gingerly put the idea of doing the fourth movement of Bartok solo violin sonata. Thinking, well, this is kind of a bridge too far. I sent it to Claire like, “What if I learned this on the mandolin?” and she was like, “Absolutely. Do that. That’s gonna be amazing.” Which was just so shocking to me! I thought I had probably lost my mind. [Laughs]

I feel like it’s that kind of move, going from “Salt (in the Wounds) of the Earth” to the fourth movement of the Bartok sonata. It’s as if the demon in “Salt (in the Wounds) of the Earth” just took my mandolin from me. But that’s the kind of perspective someone who loves you—but isn’t taking any of your shit—can help you with, especially someone who also has a deep and wide skill set that is compatible with mine. It was so fun to work with her on that. 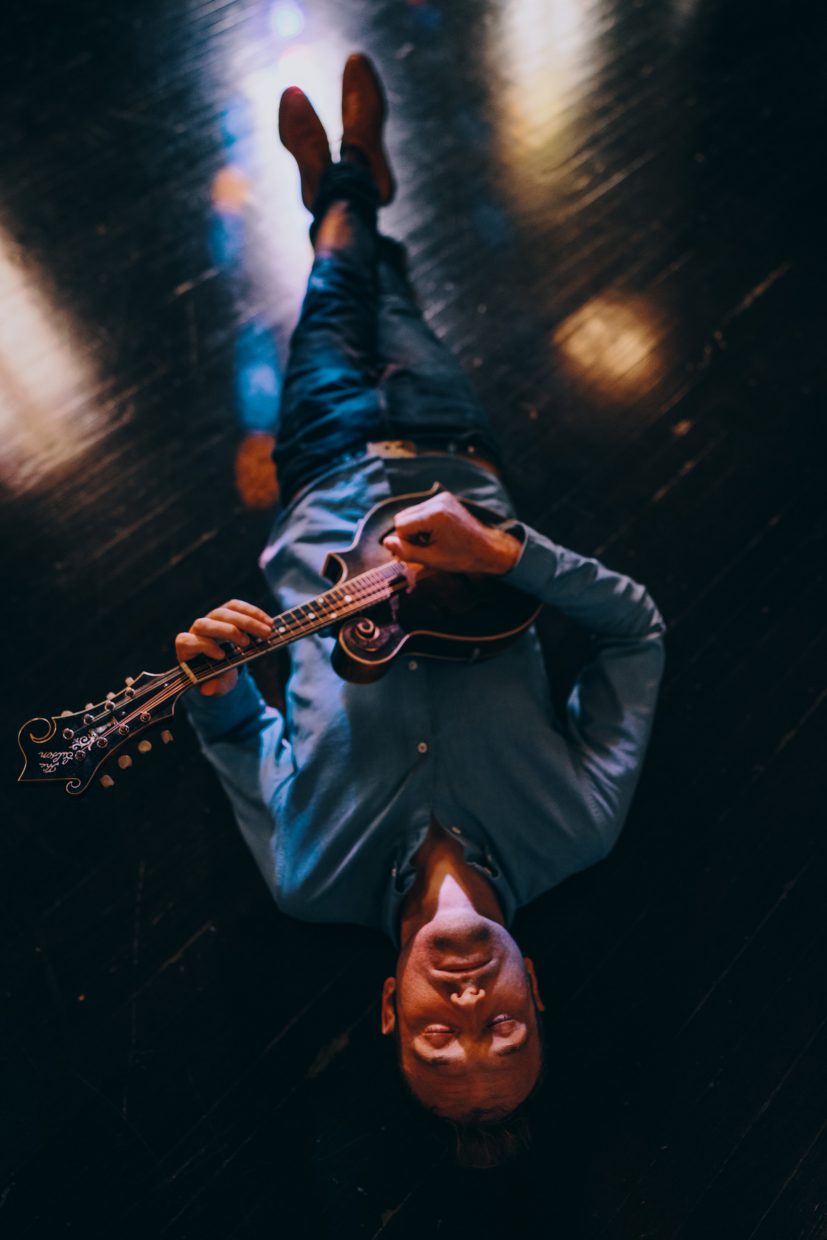 You’ve always got multiple projects going. Is there anything you learned specifically from performing in groups and making music in that atmosphere that you feel gave you an advantage when you set out to record an album alone?

The accountability — the musical accountability, artistic accountability — that you feel in a collaborative context is noticeably absent in a solo context, so you need to pick up the slack there. You need to start roleplaying those people in your life who hold you artistically accountable. Thank God I had Claire involved in this project, but on the deep I-dotting and T-crossings that you encounter at every step along the way of the record-making process, I would also assume the role of an Edgar Meyer or Gabe Witcher or a Sara Watkins. I’d tease out a little fake conversation between myself and them, all by myself in the practice room. “In what way am I not being clear enough right now? In what way am I being self-indulgent right now?”

Do you enjoy talking about religion outside of your art?

People have such strong feelings about religion. You wanna bust open a conversation, bring up God — like, in a real way. People are gonna quit mincing words and they’re gonna start talking about shit. I love that. I really love talking to people about that kind of stuff, from wherever they are. I find it endlessly instructive in my own journey. I find someone’s total disinterest in it just as interesting as total interest in it. If I bring up God and you’re like, “I don’t wanna talk about that shit, come on,” then I love you for that. Let’s go with that. Let’s talk about that.

And if I bring up God and you’re like, “Ugh, you know what? I was just praying about that this morning, I feel like the Lord brought you to me,” I’m in. Let’s go there. Why do you feel that way? Let’s go there. At this point, I have no reservations about bringing up God. It’s always been an instinct of mine to infuse whatever I’m thinking about with a little of that kind of imagery and language and thought, and so this was cathartic for me to just turn all the taps on and let it run.

You push beyond your own religious upbringing, too — you also included a song, “Dionysus,” named for the Greek god of grapes and wine. What inspired you to write about that figure?

Ecclesiastes 2:24 seems like it’s along those lines, too: “Nothing is better for a man than that he should eat and drink, and that his soul should enjoy good in his labor. This also, I saw, was from the hand of God.” Why express that instrumentally rather than through lyrics?

Think about the last great dinner that you had with friends. Could you really, with words, describe to me why it was so great? Could you say, “And then we talked about this” or “Next, we gossiped about that”? When you walk me through that, or when I walk you through the last dinner I had, it’s gonna sound trite. And yet, there was something holy about it, you know? Maybe there was a new person that you sat next to, and you got a little light into a different corner of life that night. But could you say with words what that was? I don’t think you could, necessarily, say what can be so transcendent and transportive about a great dinner with friends. That’s where instrumental music excels — in the cracks of language. What language is incapable of properly expressing, instrumental music steps up and says, “I got this.”