From Death Metal to a Fishing Boat, How Billy Strings Finds Renewal (Part 2 of 2) 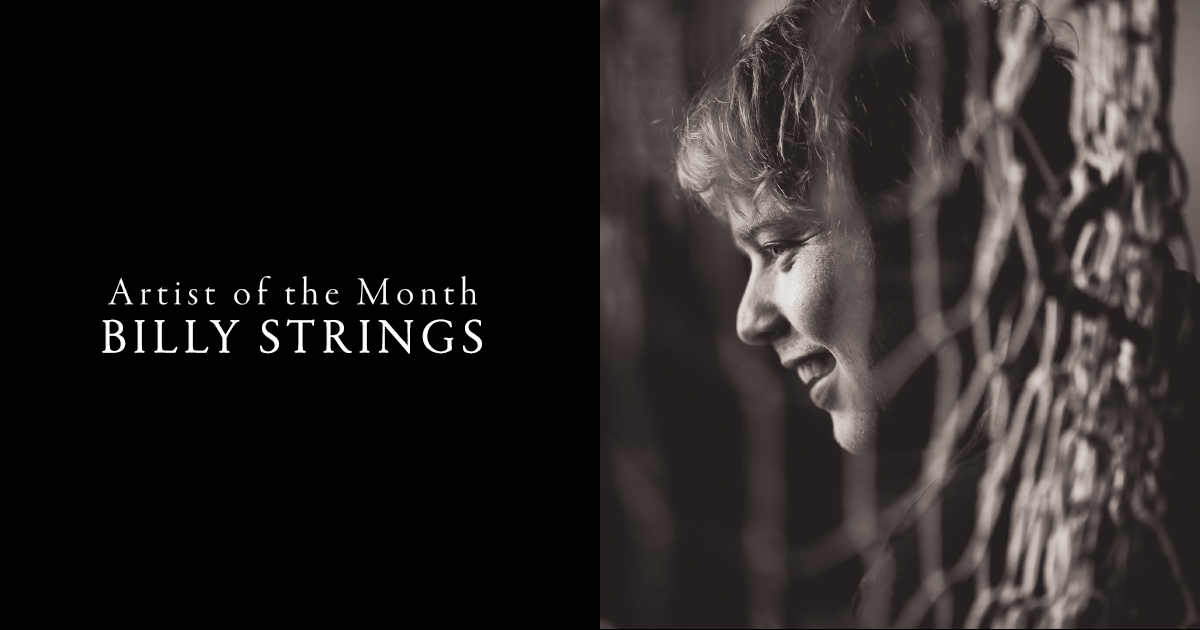 Billy Strings has had his foot on the gas since he was a teenager, bringing his prolific picking to hundreds of shows around the country each year and winning over a throng of devoted fans in the process. His bluegrass bona fides may be obvious from the outset — he’s quick to cite such greats as Bill Monroe, Doc Watson, and the Stanley Brothers as some of his first musical influences, and no honest spectator could deny his talent on the guitar and mandolin — but astute listeners will also note elements of rock, jam bands, and even heavy metal in his performances, especially as Strings bounds around the stage.

The Nashville-based, Michigan-raised musician’s latest album, Renewal, comes on the heels of an exceptional year: His Rounder Records debut, Home, won the 2020 Grammy award for Best Bluegrass Album. And even as much of the music industry was grounded from touring, his innovative approach to livestreams and digital performances moved the Pollstar Awards to dub him the Breakthrough Artist of the Pandemic. But that breakthrough was more than a decade in the making, and the forces that shaped Strings as a prodigious young picker are still at work today, pushing him creatively in the studio and on stage as well as calming him at home between gigs. Here, in the second half of our BGS Artist of the Month interview, Strings tells us about his upbringing, his latest influences, and the way he unwinds between shows.

Editor’s Note: Read the first part of our interview with Billy Strings.

BGS: Tell me about where you grew up. How do you see its impact on your work today?

Billy Strings: I was born in Lansing, Michigan on October 3, which is my grandpa’s birthday. My mother, who lived in Kentucky at the time, had gone up to Lansing to visit her dad on his birthday, and that’s when I decided to show up. [Laughs] So that’s why I was named Billy as well, because that was my grandpa’s name — I was his little birthday gift.

We lived in Morehead, Kentucky, for a couple of years before coming back home to Michigan, where I really grew up. I grew up in a little town called Muir, population 600. My dad is an incredible guitar player, so he taught me how to play. He was always showing me music when I was a little kid: Doc Watson, Bill Monroe, Lester Flatt, Earl Scruggs, Jimmy Martin, Larry Sparks, and stuff like that — a lot of good bluegrass. We’d hang out at this little campground and play music next to the river by the fire. That was my childhood, man, just sitting there picking by the river.

It was real good until I got to be a teenager and started to turn sour. I had to run off and figure out a new life. I took what my dad taught me when I was a little kid, and all of a sudden I realized that bluegrass is actually pretty sweet and people love this shit — that maybe I could do something with this; that it’s not just something that I do with my dad that I should be halfway embarrassed about.

Who are the artists that you feel really inspired by right now? And are those different than the ones that you feel like you were listening to a lot when you were a kid?

For the most part, it’s still Doc Watson — he’s the main nerve — and Bill Monroe, and Lester Flatt and Earl Scruggs, Ralph Stanley and Carter Stanley, the Stanley Brothers. But I listen to a lot of different shit. I listen to death metal, and lately, I’ve been getting into this music from Mali that Béla Fleck was showing me — some really amazing stuff. And Memphis trap: I’ve been listening to Young Dolph a bunch. There’s just an energy to it. I grew up around crack houses. I’ve seen that shit that they’re rapping about. It just gets me hyped: He’s talking about coming out of nothing and becoming a self-made millionaire. I listen to it before the shows sometimes to get myself hyped up.

You played in rock bands in high school — groups with music that might not sound a lot like what you’re doing today. Is there any lesson or anything from that time that you feel like you still turn to or still apply to the music that you make?

Yeah, performing live. I never learned how to perform in a bluegrass band. I learned how to perform in a metal band. I learned music by playing bluegrass when I was a little kid, but by the time I was doing it on stage it was in a metal band — we were headbanging and running all over the place — and I still can’t help but get into the music like that. I can’t just stand there and play.

You have been in Nashville now for a little while. Has anything that has surprised you about it, good or bad?

I really love Nashville. A lot of your favorite musicians, that’s where they live. You’ll see your favorite singer in the grocery store. I get calls for sessions, and it’s from people who I grew up listening to and who I’ve idolized for my whole life. Like Béla Fleck’s record just came out, and I played a handful of songs on that. I was so honored to play with David Grisman, and Chris Thile, Sam Bush, Stuart Duncan, and Edgar Meyer — all these cats that are just… well, I don’t feel like I’m really in that league. It really was an honor. And there’ve been several things like that! I went from listening to these cats on a record to being on a first-name basis with them… texting and being friends. It’s a trip.

Fishing. I love bass fishing. I grew up doing that with my dad as well, but I didn’t do it for a long time because I was so busy. When the pandemic hit, I started fishing again. I go out there in rain or shine. I just like it for the solitude. Last night, I was in front of thousands of people, and to come home and go out on my boat and be alone in nature — to check out the blue herons and the fucking ospreys, eagles, fish, everything doing its thing — it’s brought me a lot of joy, brought me down to Earth. I put my boat in at 5 o’clock in the morning when the sun is just coming up. I like being out there alone at that time of day. It’s just good for my mind.

And yet it’s so clear from your performances that interacting with listeners gives you a certain joy, too. What are the forms of feedback that you value most from your audience when you’re playing live?

Sometimes when we finish a solo, everybody starts cheering real loud, the whole place gets real loud. That feels good. But sometimes I look out there and I look around and I see individual people and I literally play to them. Last night, we played in Montana and I was looking around and there was this one dude just standing there with his beer just completely still. I didn’t even know if he was enjoying it or not. So I just walked up to the front of the stage and stared directly at him and I just started playing right to him. [Laughs] So he started laughing, and then he took a drink of his beer and started bobbing his head a little bit. I think he just started getting into it by the end of the show.

I’ll look for things like that. The audience is really in control of how I’m feeling up there. Sometimes, when they’re just on fire, I can’t help but have a good time. They feed us the energy, and we give it back to them. It’s reciprocal.