Fruit from the Tree of Knowledge: A Conversation with Josh Ritter 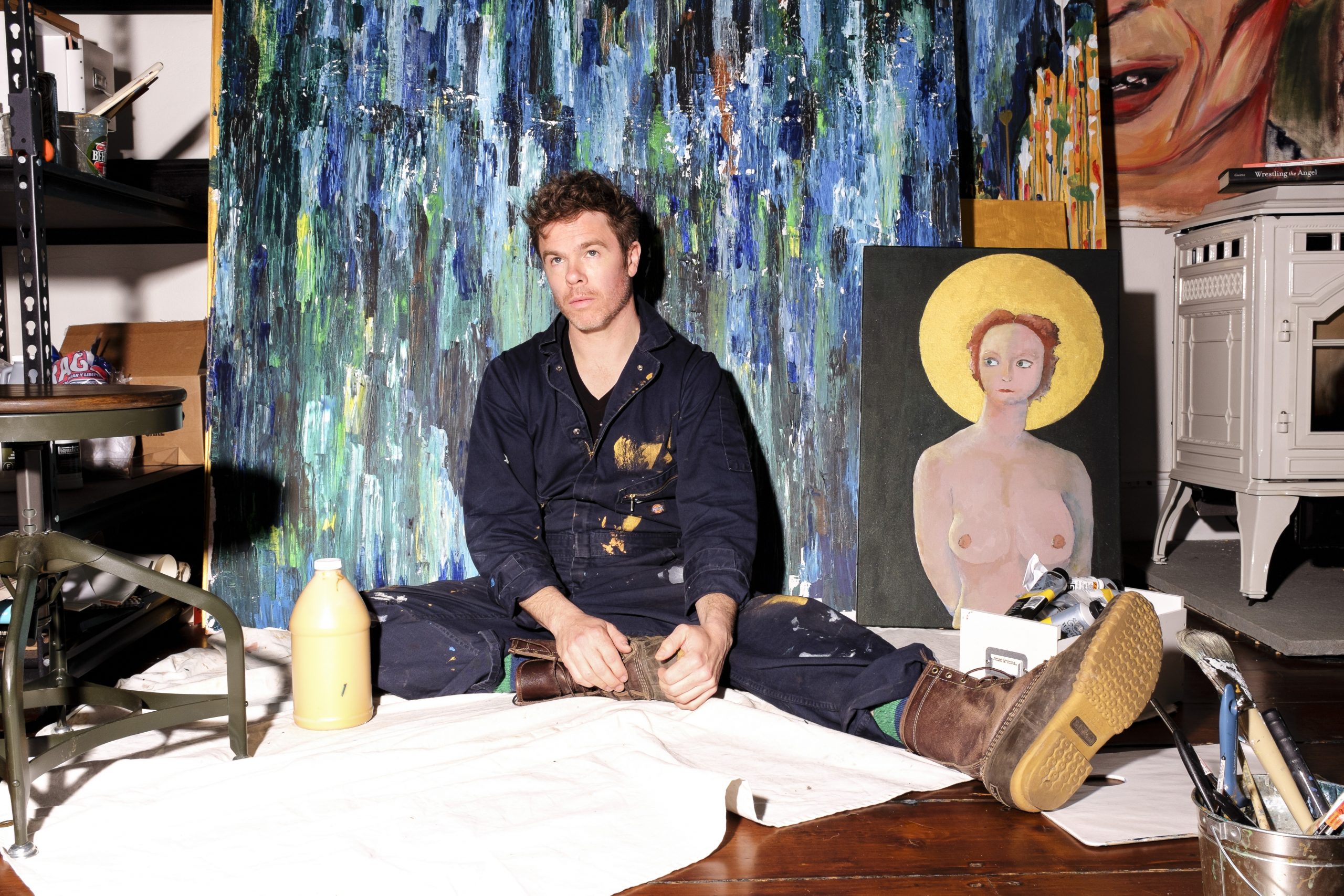 Idaho-born, Brooklyn-based singer/songwriter Josh Ritter began his musical life listening to Johnny Cash and Bob Dylan, and contemplating the relationship between American history and folk music. While a 21-year old college student, he released his self-titled debut record and began a professional career that spans 18 years, eight albums, and countless miles on the road. His latest record, Sermon on the Rocks, deliciously blends the narratives of his religious upbringing with a sense of modern musical adventure.

Let's start by talking about the songwriting process behind this record. Were you on the road, in the studio, at a cabin somewhere?

We were living up in Woodstock, at the time. It felt like there were a fairly large number of winters for just a two-year stay. Somewhere in the middle of the fourth winter, I just started writing the record. When my daughter was born and my hands started getting full, I knew I needed a new way to write, so I just started writing in my head. You can’t compose long sonnets or anything, but you get an idea and you start to work with it. I always think of it as a marble rattling around in there … or maybe a stone. And by the end of the day, when you actually get a chance to write it down, the stone is much smoother. And some of the weirdness is visible. And that’s how I wrote most of this record, with these moments kind of just hitting me somewhere. And I wrote some of it on the road, too. I wrote a lot of “Cumberland” in my head as we were leaving a bed and breakfast where the band was staying. I was pulling a bag out the door and the word “Cumberland” came into my head, for no reason, and I thought that was a really good word to rhyme. In all, there was no real method to writing this record. I was just catching things out of the air.

So you’re not the kind of guy who sits down and starts riffing on a guitar as a starting point to songwriting?

I do that, but I find there are times when playing the guitar can get in the way of writing. And there’s a time when writing can get in the way of playing the guitar. There are times when you do both at the same time, but I feel like you have to be careful, because an idea might not have time to develop before you’ve written the song. And then you have a song that’s not quite as good as it could be. I try to write in all kinds of ways, but mostly so I can keep up with other circumstances in life.

What albums were you listening to while you were writing this record?

I get a lot of inspiration from music, but I get a lot more from books and other things. Music is great; we’re often times using the same ingredients in different ways, but I’m a big idea man, too. That said, I did listen to a lot of Roger Miller while making this record. I was really inspired by his sense of fun and his sense of wordiness. I love the characters that he becomes when he sings. He was a phenomenal artist.

I would never have guessed that from listening to the record.

You get into weird places when you try to write like somebody else. [Laughs]

What I like most about the album is that the songs have, for lack of a better description, “Biblical” themes but are arranged in a very modern way. Was that the plan when you headed into the studio?

I don’t work at trying to get those themes; they just seem to come out. I was raised religiously. I went to church for 18 years: youth group, confirmation, all that stuff. It’s all in there. And when I realized a big part of our religion was limiting me, was limiting the questions I was allowed to ask, was limiting the ideas I was allowed to have, I was very happy to leave. I believe in humans. These days, right now, there’s not a lot of good news coming out about what homo sapiens do. But I believe in the idea that we can, individually, interact and help and understand each other. I think a lot of those religious images in this record are pleading to see that maybe it’s not God that makes us do all these things. Maybe it’s us. That’s where I feel the fun comes in … but also with a note of seriousness.

Tell me about “Birds of the Meadow." That’s the first song on the record and it comes right out of the gate with those thematic ideas.

That was one of the songs I first started working on. And I wanted to get away from the guitar, away from a sound we can all fall into, if we’re not careful. So I started messing around with some computer programs I wanted to try, some keyboard stuff. There was something so foreboding about that music, that came almost accidentally. Sometimes you have a naked body and you have to put clothes on it. I feel sometimes like lyrics are the outfit. I feel many times like there’s something out there that we’re all feeling right now. Sometimes I feel like things are about to change radically. I can’t help that feeling. I wanted to put that into words that were true to the prophetic language of another time.

Speaking to your addition of keyboards and technology, “Lighthouse Fire” has a very modern groove over lyrics about good and evil, fruit of the knowledge.

Well, good and evil and fruit from the tree of knowledge are all over the record. As are mountaintops. I didn’t know it when I was writing it; each song is it’s own thing so it’s not evident (to me, anyway). I decided it sounded super-sexy, like weirdly overarching about the whole thing. Something grandiose, like “crazy man” talk. It’s nice to let it out on occasion. A lot of times I think writing is like a garage sale. The attic gets filled with stuff and you have to get rid of some of it.

Other than the soundscape part of the equation, how do you see this record in comparison with past work and where do you see yourself heading next? Or can you?

I’m really proud of all my records, but each one, at the moment, feels like it’s the very best you’ve done, based on the ziggurat you’ve been building. It’s impossible to judge from record to record, but I will say on this one I really took the reins like I never have before. I was less concerned with what anybody else thought. For good and bad. I’m really proud of that. For that reason, I have such a deep love for so many moments on the record because I came up with them. And, at other times, my incredible band brought in things I could never hope to do on my own, a real sense of joy and experimentation.

BGS Presents: Josh Ritter and the Royal City Band at The Fonda Theatre on Jan. 9, 2015. Enter here for your chance to win tickets to the show.