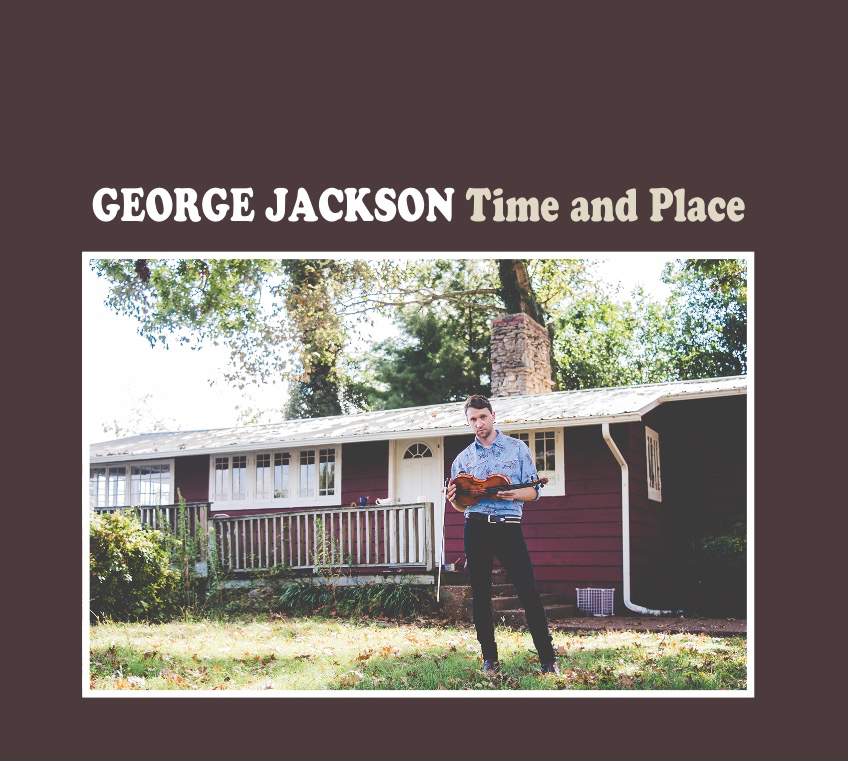 As a fiddler in Nashville, a town whose guitarist population is only rivaled by the sheer quantity of fiddles and bows, it takes a singular voice to stand out. Or, in George Jackson’s case, perhaps it takes a singular accent. The New Zealand native recently transplanted to Music City and has been carving a niche for himself in bluegrass, old-time, and their offshoots ever since. He currently tours with acclaimed bassist Missy Raines’ latest lineup, a minimalist-while-mighty acoustic trio, and he’s also been spotted collaborating with folks like Front Country and Rachel Baiman.

On his brand new album, Time and Place, Jackson steps into the role of frontman and bandleader, demonstrating that his voice — musically and otherwise — is so much more than just a charming, Oceanian accent. His fiddling is an intentional, pragmatic, and judicious combination of styles that range from Vassar Clements’ harebrained wit to Clifftop, West Virginia’s down-homiest old-time sawers. “Dorrigo,” a tune whose title tributes Australia, another former home to Jackson, perfectly demonstrates this old-meets-new, Northern Hemisphere meets Southern Hemisphere originality. The turns of phrase and melodic hooks register as familiar and timeless, before being unwound in surprising trajectories. Mandolin Orange’s Andrew Marlin, Charm City Junction’s Brad Kolodner, Mark Kilianski of Hoot and Holler, and Jackson’s longtime friend and collaborator Andrew Small fill out the band, demonstrating laser focus on old-time simplicity and bluegrass precision.

Perhaps thanks to his international roots, or his egalitarian approach to fiddle styles, Jackson’s “Dorrigo,” and by extension, Time and Place, simply do not bother trifling with authenticity signalling or genre designation. They simply elevate his singular voice.