Get Ready for Winnipeg Folk Festival with This Cult Classic Film 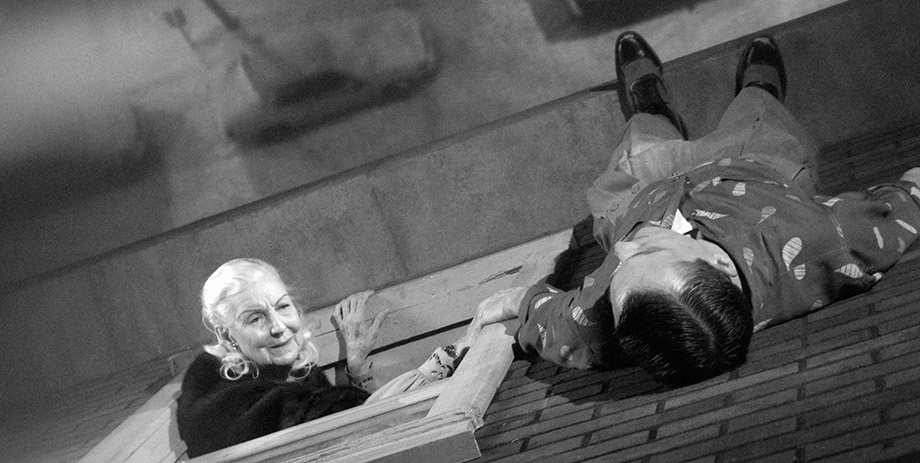 We may as well have written those words ourselves, with how excited we are to get to Winnipeg for Winnipeg Folk Festival next week (although we would have swapped out “snowy” for something a little more summery). Great music, great food, and our very own BGS mini-fest? Yeah, it’s kind of the best.

Our love for the capitol of Manitoba aside, the above declaration comes from the 2007 film My Winnipeg, a strange, award-winning journey to the heart of one man’s experience growing up in, you guessed it, Winnipeg. Filmmaker Guy Maddin revisits his birthplace in what he describes as a “docu-fantasia,” assembling city shots and short, recreated scenes from his childhood in black and white to create a vision of Winnipeg that is as eerie as it is entertaining.

The story chronicles Maddin’s attempt to “escape” Winnipeg which, as he describes in the trailer, he can only do via “extreme measures,” including subletting his childhood home, hiring actors to play his siblings, even bringing in a dog to “play” his childhood pet. There’s a healthy dose of Freudian psychology, a bizarre soundtrack, and some questionably poetic descriptors (“My mother, as perennial as the Winter, as ancient as the bison …”) guiding viewers along as Maddin attempts to “leave [his home] for good.”

The film was a critical success, landing on a number of top 10 lists and taking home Best Canadian Feature Film at the Toronto International Film Festival in 2007. It's one of several films for which Maddin has earned acclaim since releasing his first film, Tales from the Gimli Hospital, in 1988.

Check out an interview with Maddin below, and head over to the Criterion Collection, if you want to watch the film in its entirety. And don’t miss us next week at Winnipeg Folk Festival! We promise we won’t mention Freud.