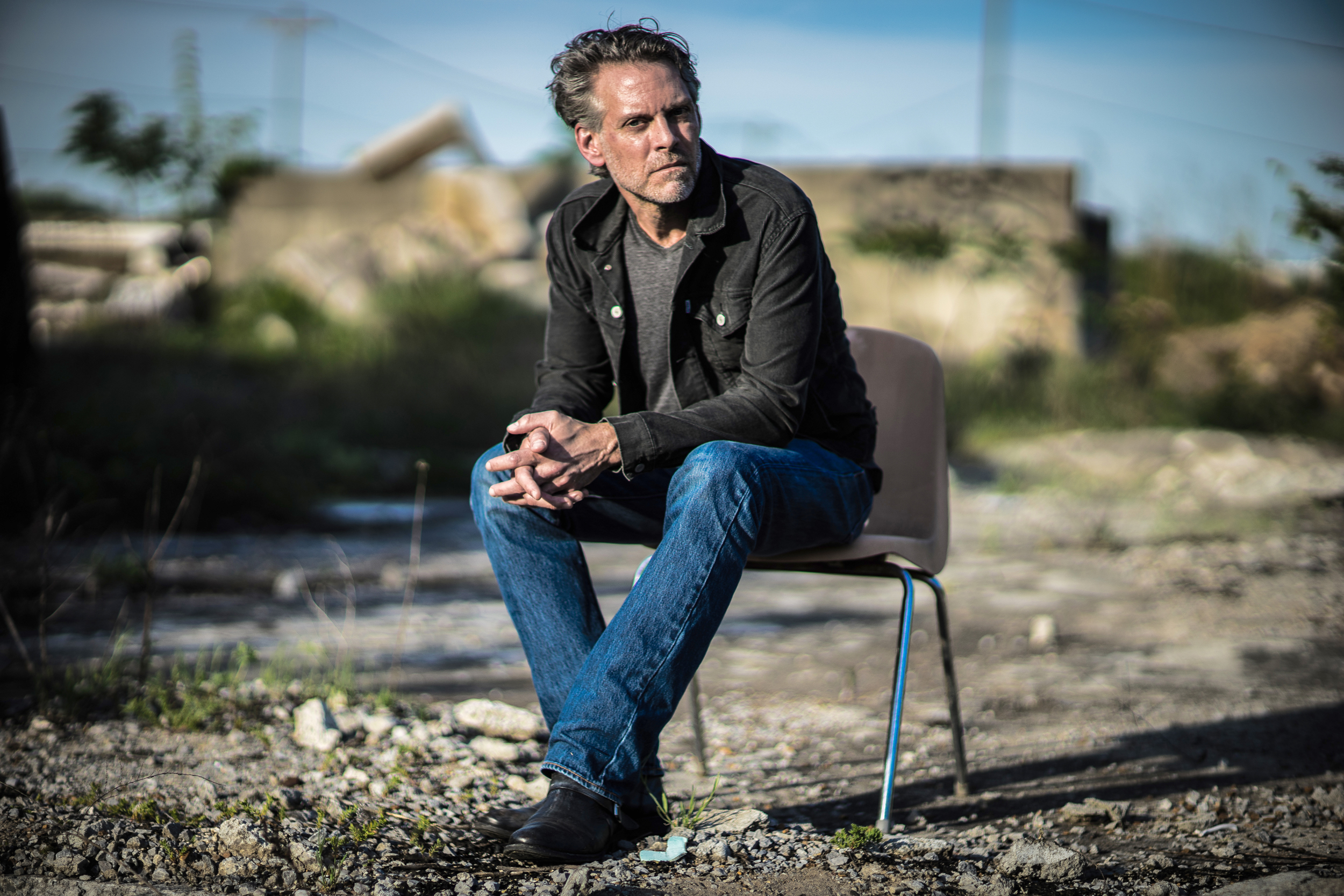 Welcome to Gig Bag, a BGS feature that peeks into the touring essentials of some of our favorite artists. This time around, Rod Picott details the items he always has nearby when out on the road. 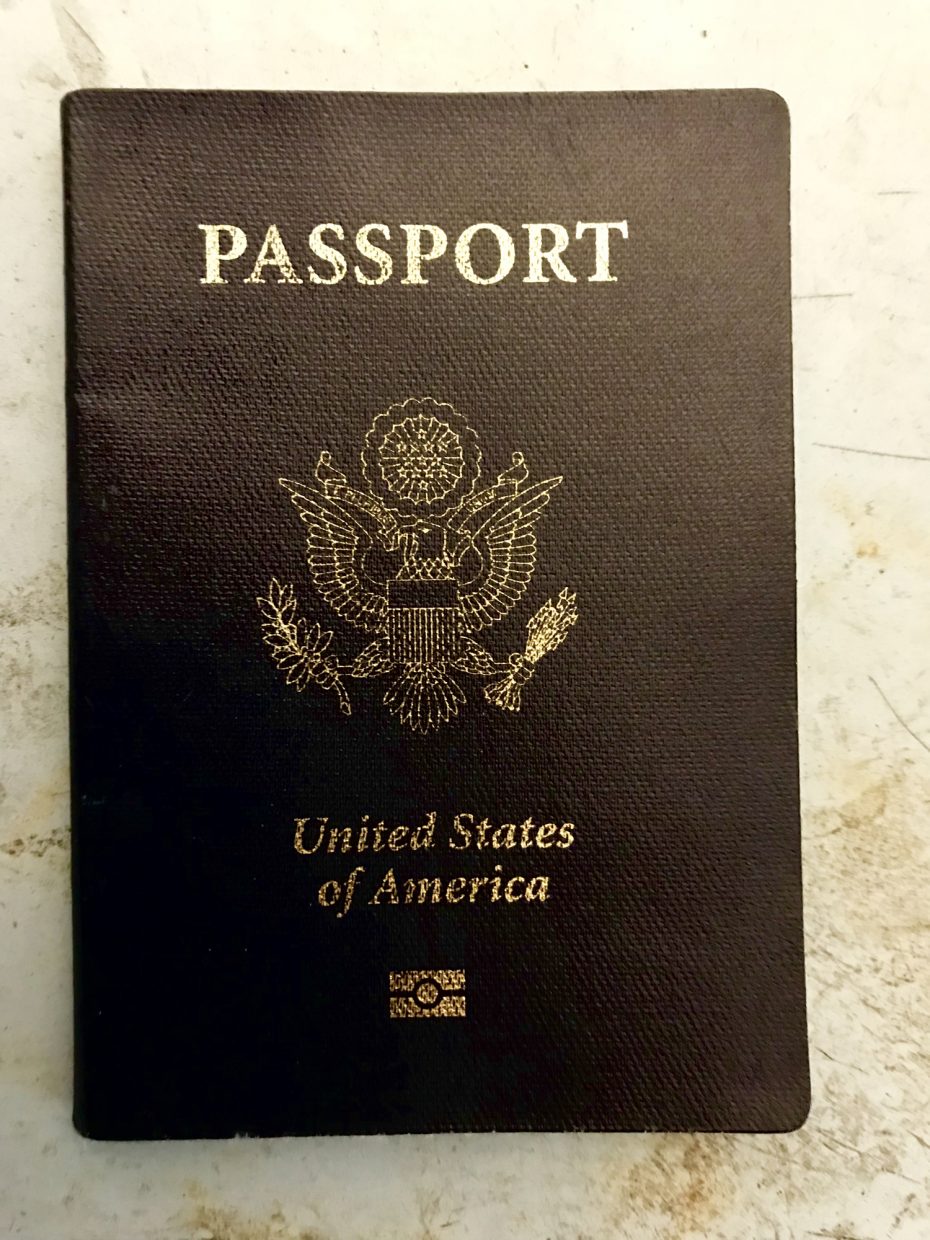 Passport: I tour Europe every year, sometimes twice. Every country has different, shadowy rules regarding the validity of your passport. I got stuck in the Netherlands once because my passport wasn’t valid for 30 days after it expired. Huh? Exactly. “You can come in, but you can’t leave because this passport will only be valid for another 28 days when you leave.” “But it will be valid … for another 28 days.” “We require 30 days …” 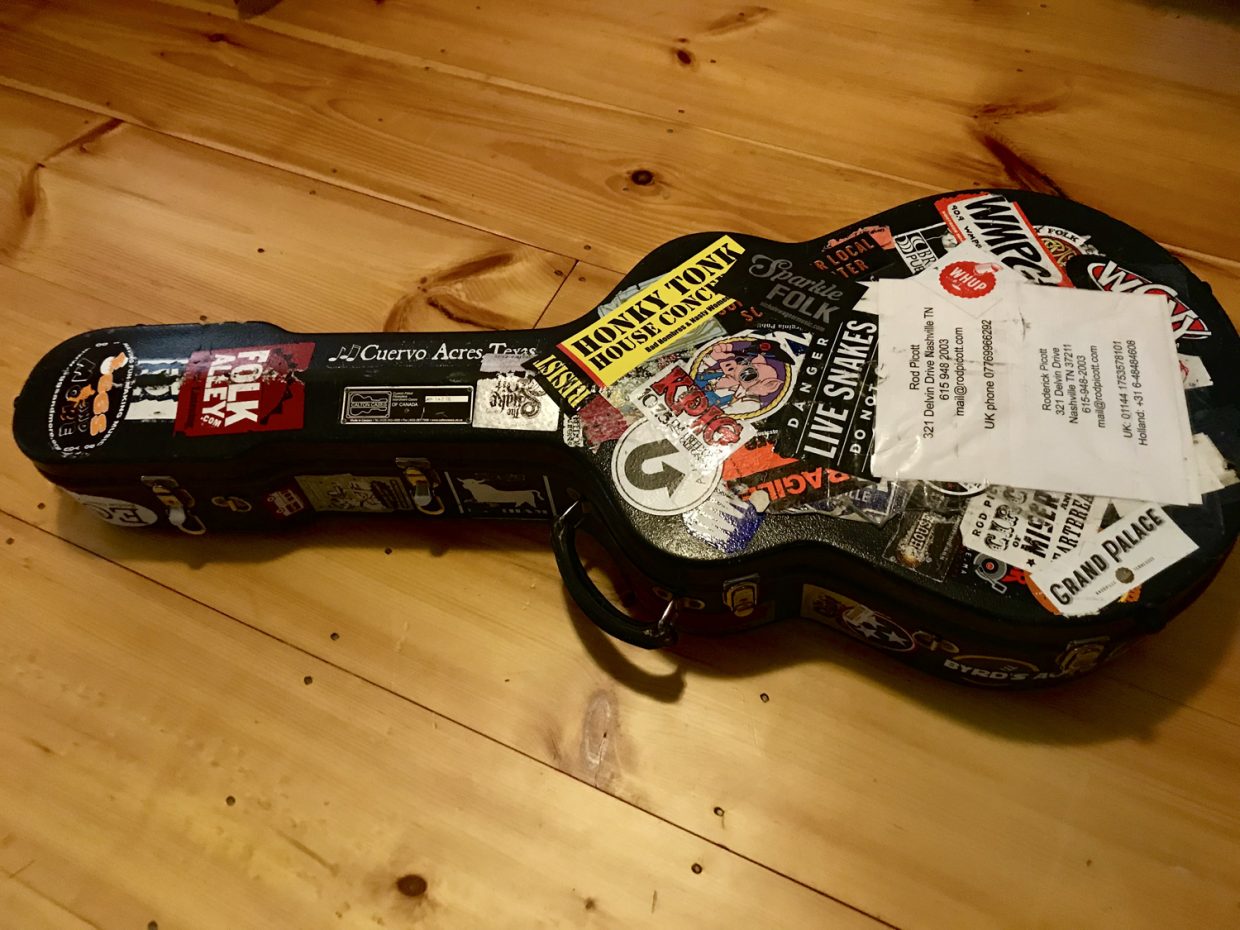 Calton flight case: This case has been to 48 States, 20 European tours, lost, found, abused, kicked, dropped, insulted, hurled, and humiliated. In all that time, the Gibson J-45 inside has remained intact. I might have jinxed myself writing this, but so far … 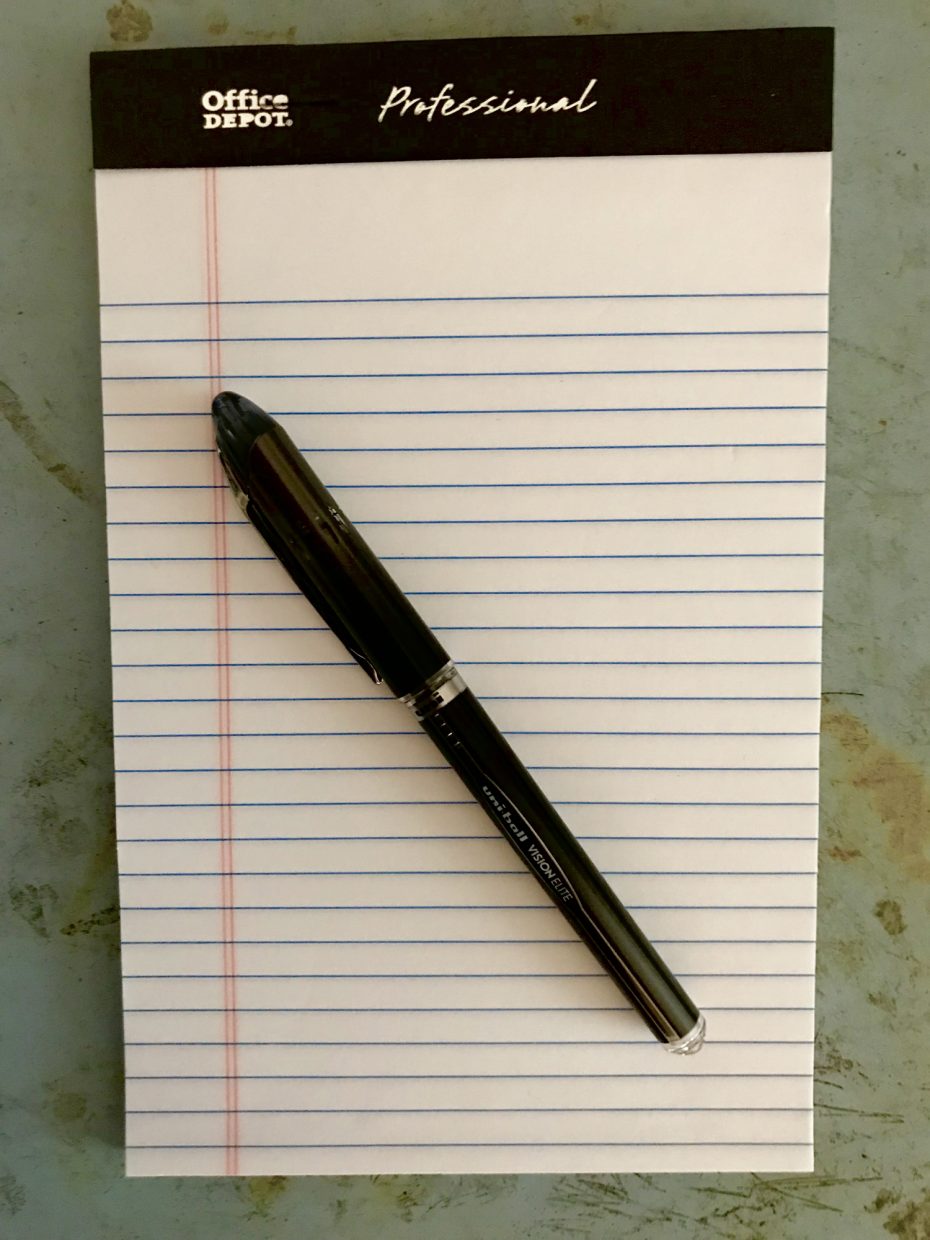 Uniball Vision Elite and notebook: The notebook pages must tear from the top (for driving) and there is no better pen in the kingdom of pens than the Uniball Vision Elite Fine Point. The cover clicks on with a satisfying, solid “thunk” — you can do this repetitively to help you think — and the pen has a sort of scratchy quality that really tells your hand you are writing something. You’re almost carving into the paper, when you wield this pen, and you can’t feel the roller roll at all. It’s like writing with a knife. 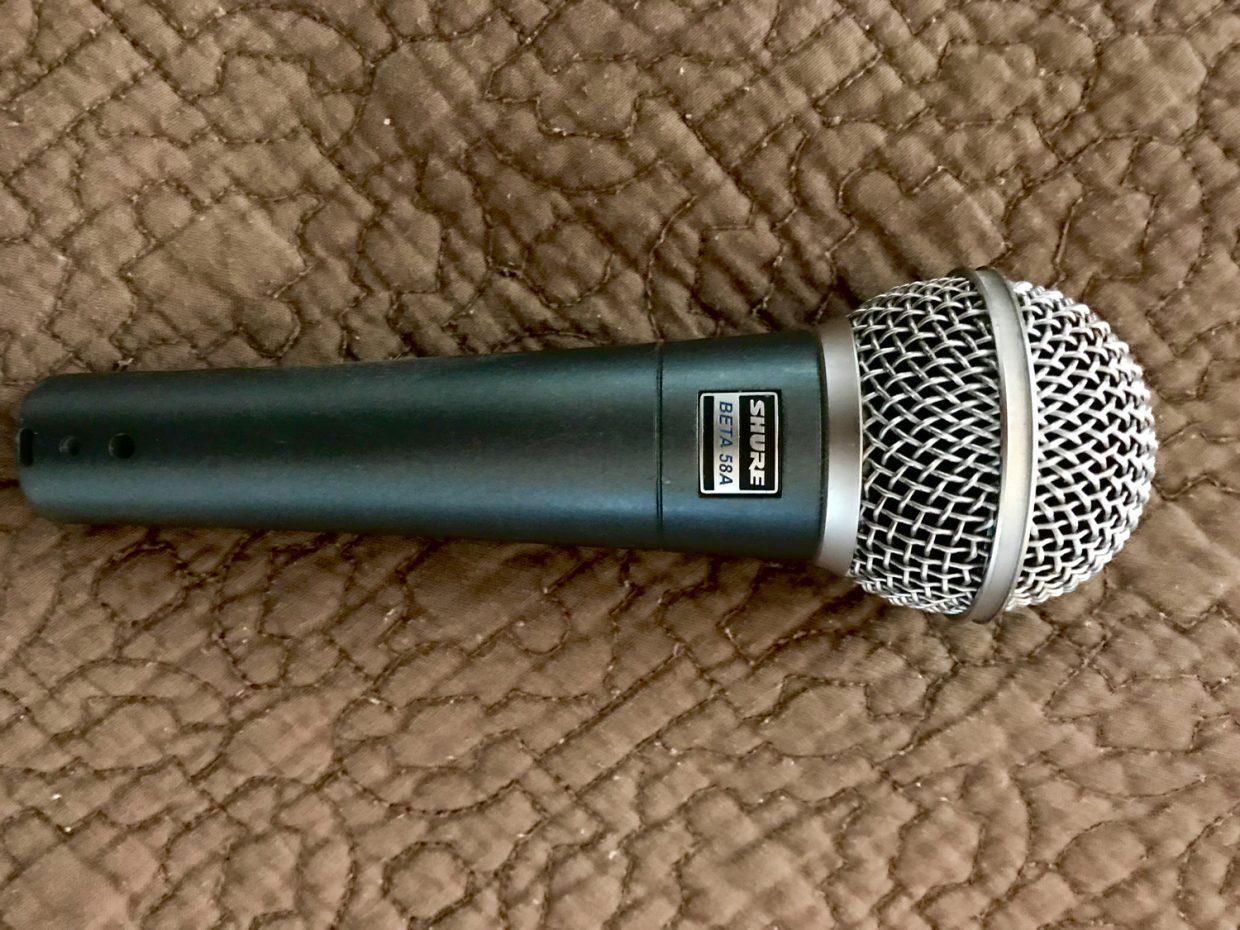 Shure SM-58 Beta: Sometimes the sound person would prefer you use the mic that they have tuned the room for. My only response is, “I don’t share a mic with anyone I haven’t kissed.” The little bit of extra high end on this tank of a microphone helps my ragged baritone cut through a bit more than a regular SM-58. 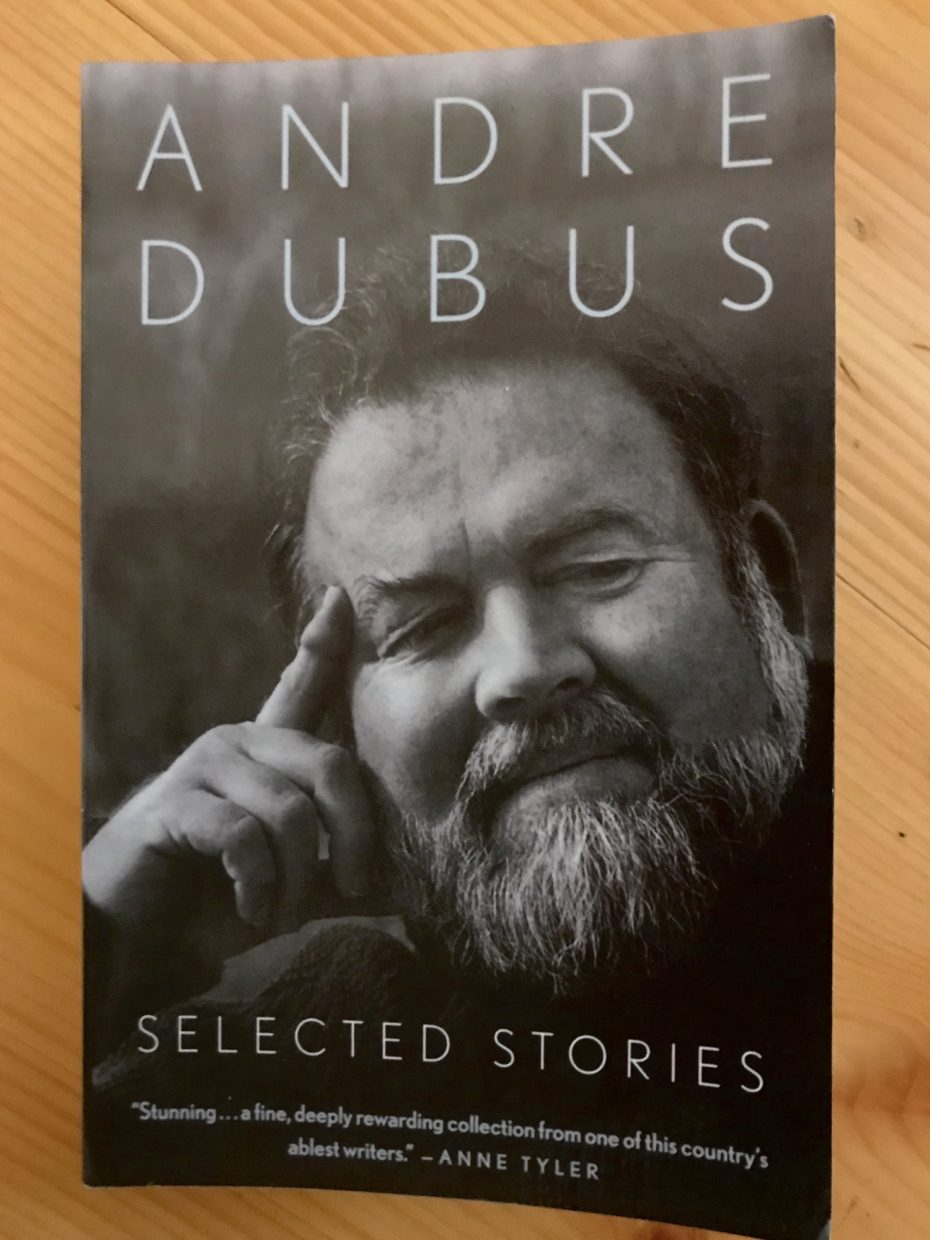 A long book: The terrifying moment of finishing a book mid-tour will bring on a panic attack. Ideally, you will close the last page as the flight attendant brings your last tiny bottle of cabernet — just before the landing gear engages. If you get it wrong and finish some Nicholson Baker or Ron Rash and have to buy another book, it’s no tragedy. You get to go to a bookstore. But then you have to carry two books. I’m all about utility. If you see some friends on tour, sometimes you can trade. That works, too. 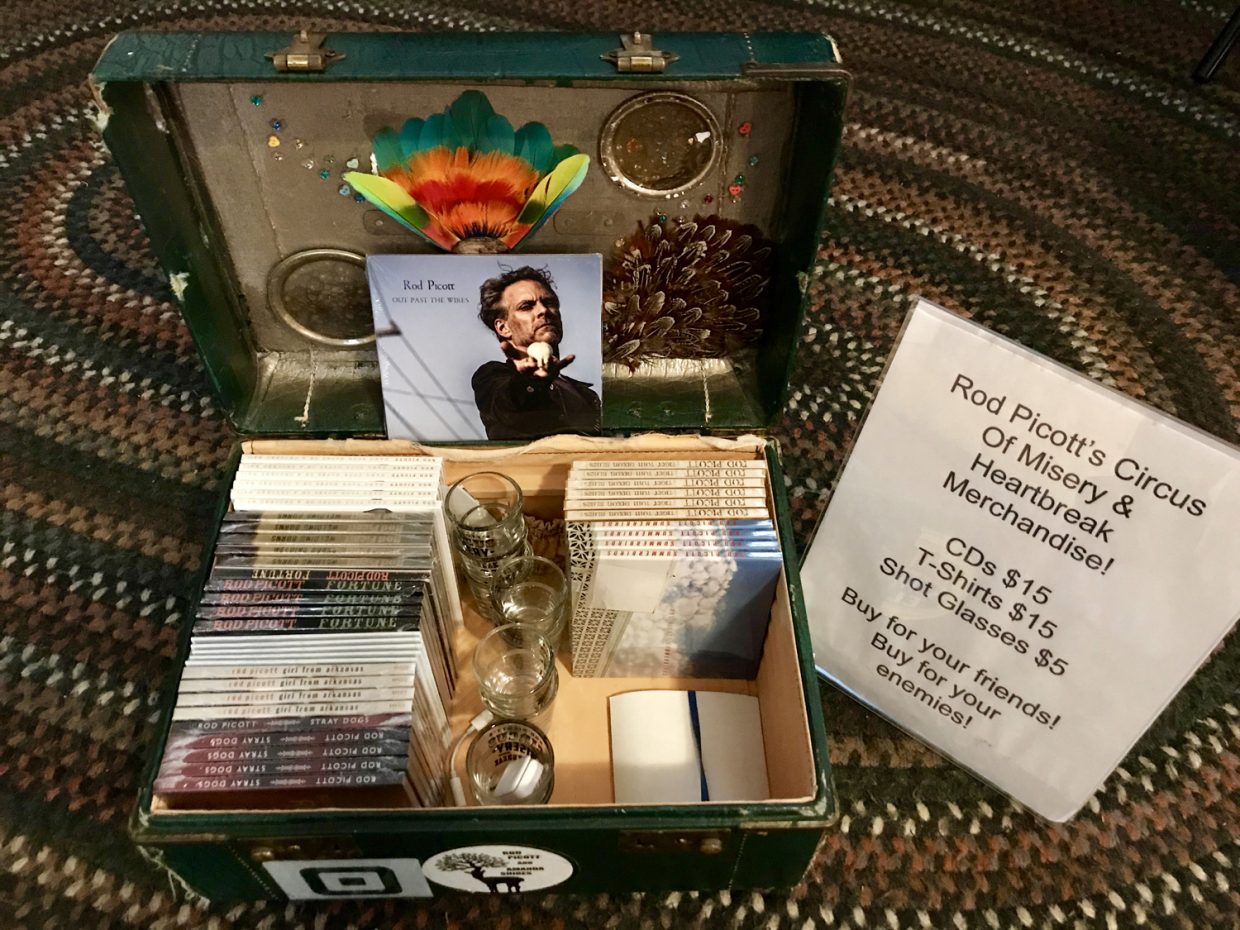 The merchandise box: The cardinal rule of touring — never ever run out of merchandise. This one was decorated on the inside by Amanda Shires, back when we were touring together. A fan gave me one of these feather things to replace one that fell off. I think it’s a make-up box from the 1940s or 1950s. I’ve had it so long, the handle is bare metal. The leather peeled off slowly over all the years of touring — like rings on a tree but in reverse. I figure, on the very last tour, when I’m 80, the handle will fall off as I sell the last CD. Then I’ll keel over in a corner booth, and they can bury my ashes in it. Or someone can keep it. It will be the ultimate piece of merchandise. “I have all the CDs.” “Oh yeah? I have the guy in a box. It was only 15 bucks.”