Gimme a Breakdown: 10 Tunes to Get You Going 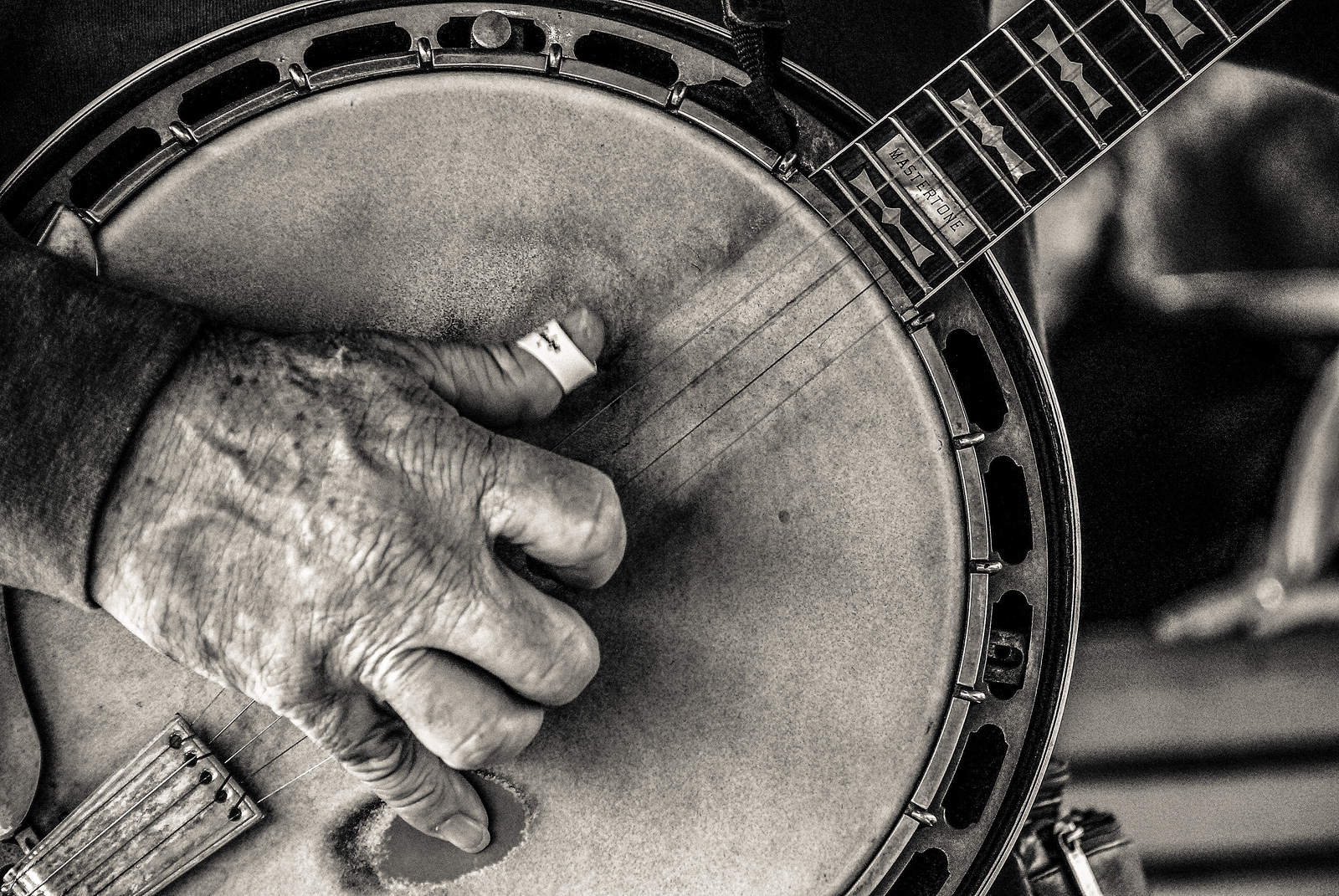 Breakdowns are the barn-burning, breakneck, slapdash stalwarts of bluegrass and old-time traditions. They can be banjo songs, mandolin songs, fiddle songs — but every single one is truly a dancing song. Sometimes, all you need is an up-tempo bluegrass tune to get you going, so here are 10 breakdowns that will help you avoid any/all other types of breakdown.

Of course we had to lead off with this icon! Earl Scruggs’ most popular instrumental, for sure. It may be overplayed, but going back to Earl’s original reminds us why it’s ended up getting so many miles. It deserves the recognition and repetition, that’s for sure.

It’s like “Boil Them Cabbage Down” but fast fast fast. This one goes by two names because with a tune so nice, they named it twice. Alan Munde gives it the melodic treatment, but you’ll notice his bouncy melody-driven take doesn’t lose a single ounce of drive. That’s Munde for you.

Casey Campbell and Mike Compton give “White Horse Breakdown” an incredibly tasty mando duo treatment, juxtaposing their distinct approaches to traditional, Monroe-style mandolin. This one just lends itself to duos, whether fiddle/banjo, mando/mando, or whatever combination you fancy!

Béla Fleck and his illustrious Drive band (Sam Bush, Jerry Douglas, Tony Rice, Mark Schatz, and Mark O’Connor) turn the breakdown format on its ear for this newgrass-meets-traditional take. A nice reminder of why Béla and Drive are absolute essentials in the modern bluegrass canon.

The best example of a mandolin-centered breakdown, this one was named before bluegrass had been combined into one word — before the genre itself existed! The Father of Bluegrass himself, Bill Monroe, wrote the tune and kicks it off as only he can. It’s like “Foggy Mountain” but with F chords!

It’s a decadent, indulgent, wild one that registers only barely as a breakdown as we know them — I mean, modulations?! — but the Country Gentlemen were always about pushing the envelope and this delightful tune surely does that. You never quite know where it’s going to go next and that, my friends, is what breakdowns are all about.

All I can tell you is, make sure you get that signature lick right in the A part or the jam circle might give you some sidelong stares. Scott Vestal nails it on this recording, of course — along with Aubrey Haynie, Wayne Benson, Adam Steffey, Barry Bales, and Clay Jones. STACKED. Clean, hard-driving bluegrass. It’s what the world wants.

“Old & In The Way Breakdown”

In 1973, Jerry Garcia, David Grisman, Vassar Clements, Peter Rowan, and John Kahn coalesced as Old & In The Way, becoming one of the most influential bluegrass ambassador bands in the history of the music. Jerry Garcia shows his five-string chops quite well on this tune, which also goes by the name “Patty on the Turnpike.” But then it wouldn’t be a breakdown, now would it?

And now, a fiddlin’ breakdown. Breakdowns are an integral part of fiddle contests — contests often require each contestant to play a tune considered a “breakdown” during competition. This one, performed by Bluegrass Hall of Famer Bobby Hicks, is often heard in contest situations, if not for the unexpected chord changes, simply because emulating Hicks never hurt anyone in a fiddle competition. No one really wonders why that is, either.

Written by David “Dawg” Grisman, “Dawggy Mountain Breakdown” doesn’t just sound familiar because of its purposefully malapropistic name, it’s also the theme song for NPR’s incredibly popular radio show, Car Talk. The show’s hosts, Click and Clack the Tappet Brothers (AKA Tom and Ray Magliozzi), were/are big bluegrass fans and especially fans of Dawg and his music. It’s a beautiful little bluegrass easter egg on public radio — which are much too few and far between, if you ask me.

(Edited to add:) Thank you to a commenter on social media for pointing out that, as is much-too-easy to do in bluegrass, our list of breakdowns didn’t include a single woman! Alison Brown, one of the world’s premier banjo players, even penned a satirically-titled tune to skewer this sexist paradigm in bluegrass. Y’all have heard “Earl’s Breakdown” plenty, it’s time for a dose of “Girl’s Breakdown.”