Hangin’ and Sangin’: Birds of Chicago 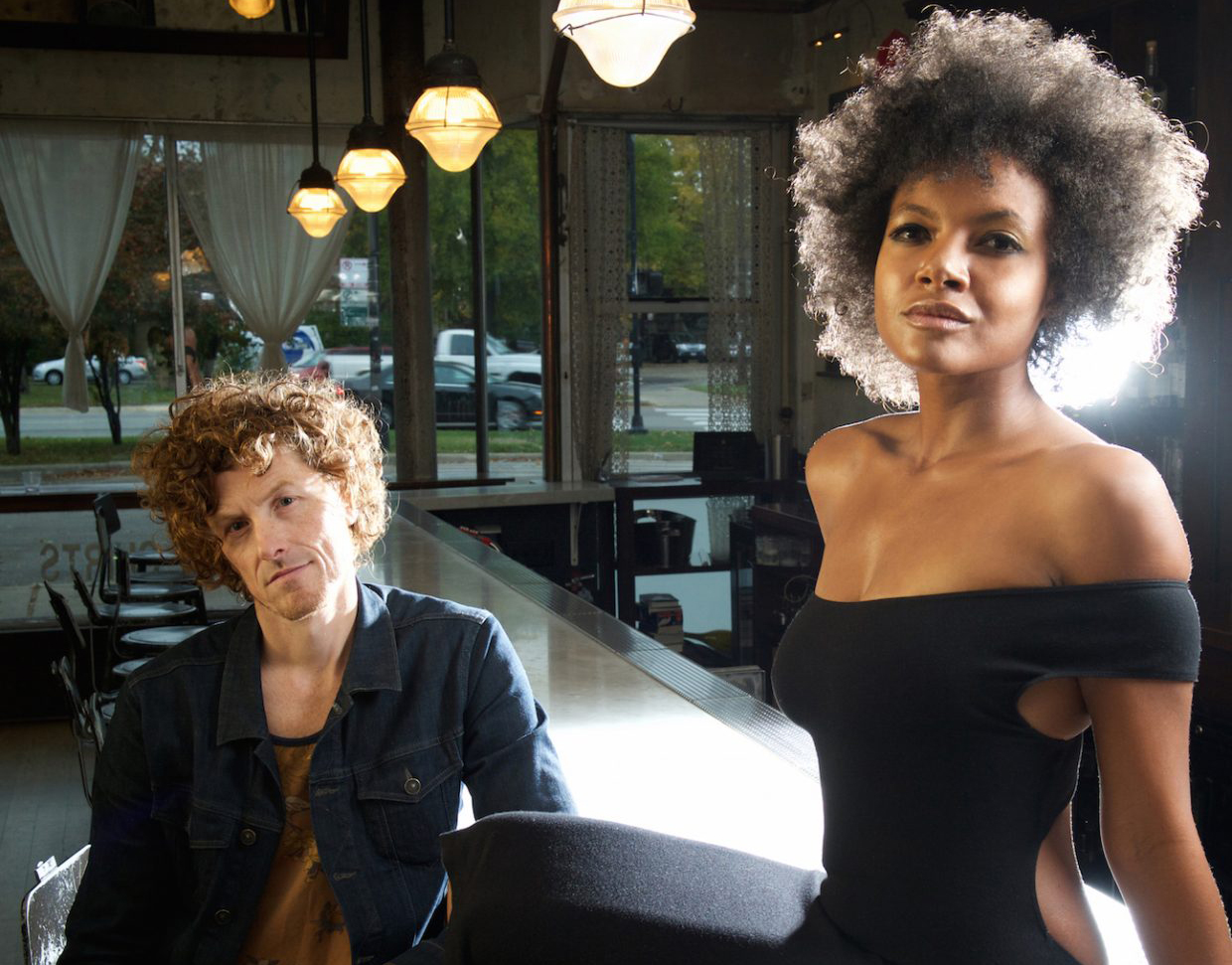 With me today at Hillbilly Central, Birds of Chicago — Allison Russell, JT Nero, with Steve Dawson back in the corner. Welcome, you guys!

Allison Russell: Thank you! Thank you for having us.

You know how happy I am that you’re here!

AR: Well, we are equally, if not happier, to be here.

I love mutual admiration societies. That’s the best kind. Okay, there’s so much going on with you guys. The new American Flowers EP. It’s mostly acoustic, but not strictly acoustic.

And you just moved to Nashville. And then you have the full record coming out in May, Love in Wartime, produced with Luther Dickinson and you [JT Nero], as co-producer.

On the EP, the anchor of it, I’m gonna say, is the song “American Flowers,” right? Like that’s sort of the heart of it.

To me, what’s going on in that is, it’s a reminder of the inherent goodness in all of us. But that’s a challenge. It’s a really hard thing. When folks are walking around wearing swastikas or carrying assault rifles, that’s a really tough thing to hold onto. But it has to be an absolute, doesn’t it? Compassion and kindness.

JN: It does. And I think, I mean, a couple of things: People have always been walking around with assault rifles. Our ability in this age to be aware of everything that is going wrong at a given moment is intensified in a way that it never has been before, and it’s very easy to slip into kind of doomsday mentality. Now, having said that, there are some things going on in this country that have never gone on before.

Certainly not in our lifetimes.

JN: Well, I guess I mean administratively. The “American Flowers” thing … it was important to me to not write a song of kind of obvious angel after obvious angel. The vignettes are about different people who are, perhaps, not obviously heroic.

JN: But you know, it’s about common humanity, and just letting these little windows emerge from different points of resonance. For me, I lived in San Francisco for a year …

JN: Yeah, I’m a Chicago boy. Just letting those voices emerge. And I think sometimes, particularly when we live in an age where — and, again, some of this is good — we are, from both sides, kind of political fire-branding all the time, and we are literally driving home messages all the time. If you can find a way to let people’s humanity emerge in a less heavy-handed way, sometimes that can be, for me, a little bit more … you just feel it more.

Yeah, yeah. And I think as well … the other thing that has to be absolute is our integrity. Whichever side you’re on. No matter how low the other side goes, we have to stay high, because even if that means losing something in the short term, if we lose that, we lose everything in the long term. And I think that kindness and compassion, that’s our everything.

We can’t let go of that.

AR: This summer, we did some festivals in Canada and, at one of them, Billy Bragg and Joe Henry were doing their duo together and Billy, at one point, said to the audience, “You know what we do? We’re musicians, but really, empathy is our currency. That’s our job, our job is to remind ourselves and each other of our shared human experience.” And I think he said, “Cynicism is the enemy and empathy is our currency.” That just really resonated for me, that idea. Empathy is not easy, either. As you said, it’s really not easy sometimes. It’s really hard sometimes. You wanna have this knee-jerk “No!”

It is tough, but there are so many little, sort of everyday activisms — “love is resistance” type of stuff. A song, a smile, a hug. That’s when I knew you were my people is the first time we hugged, I was like “Oh, yeah, we’re gonna be okay!”

But yeah, and I think all of those things — being joyful, coming together, sharing in an experience of music — that’s all resistance, when what you’re sort of staring down together is so dark and full of hate.

JT: We’re lucky to do what we do. It’s easy to sound … I mean it’s kind of a cliché, like “music is the common language” … but it is! [Laughs] I’ve never seen anything kind of like disarm or get people to put aside [that] first level of armor or defense, when they’re in a room. I’ve never seen that get done away with more effectively than with music. And that’s what I come back to it for, when I’m not performing, when I’m just listening to it.

AR: More than that, because we’re traveling so much with our music, we’re on the road 180-200 days of the year at this point. And we’re going all over this country from red state to blue state, to Canada, to parts of Europe, and we’ve received so much kindness from strangers everywhere, everywhere we go. When you are just at home and [aren’t] meeting people every day and seeing these cycles of awful things that get replayed and replayed and replayed, you can start to have a very skewed perception that that’s the majority of the world, and it’s not! It’s just not. The majority of the world, the majority of people, are kind. Like what we were talking about, the vast majority. We received so much kindness from strangers, from all backgrounds and walks of life and belief systems and all the rest of it. So it’s really a reminder to us, literally daily, when we’re out in the wind, out in this country and all over the place, the kind of kindness we receive, it reminds us that this is also true.