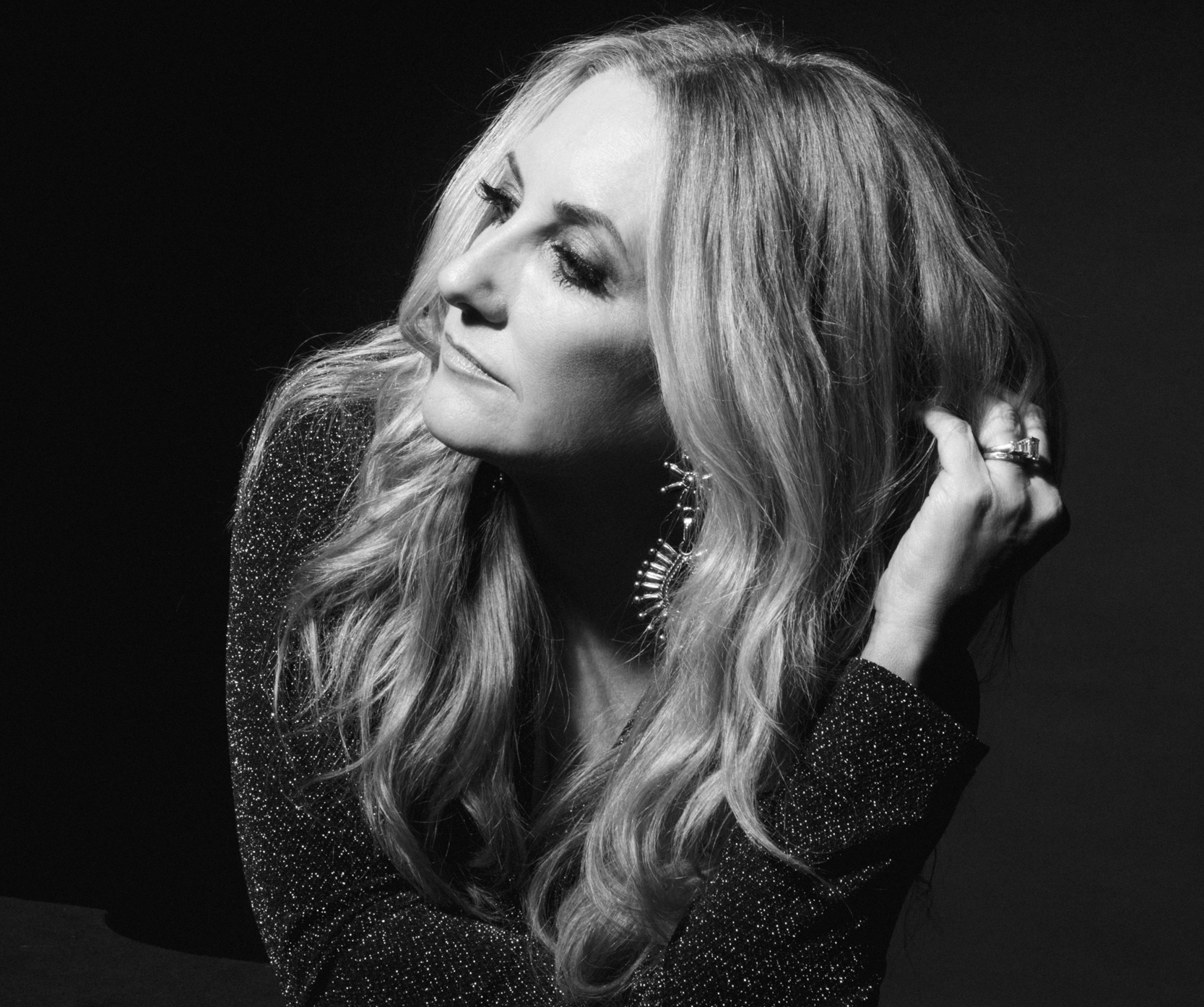 With me today at 21c Museum Hotel in Nashville … Lee Ann Womack!

What?! And Lex Price on guitar. Welcome, you guys! Lee Ann Womack in a penthouse suite is the stuff dreams are made of, just generally, but I’m going to melt into a puddle, at some point, when you start singing.

You have a new record coming out October 27 — The Lonely, the Lonesome, & the Gone. It is 54 minutes of pure flawlessness, and it’s all I want to listen to right now. I’m so glad that I have it ahead of everybody, and I won’t get sick of it. So, congratulations, it’s wonderful.

[Laughs] Thank you! I had fun making it. I’m glad you like it.

The first time I listened to this record, my immediate reaction was that it felt like you felt more confident and more comfortable than ever. Not that you sounded in any way bad before, it just felt like … I don’t want to say “you found your voice” because I think that’s always been there. But you’re stepping into it when you want to, you’re hanging back when you need to. Is that because you wrote some of the songs or is it something else, do you think?

I think it’s probably age, I mean experience … not being so worried about what people think. And hopefully the more you do something, the better you get at it, so if you’re singing for years and years and years, hopefully you get better at it. But also, this is probably the first time I made a record where I just really wasn’t worried about a staff of people at a label “getting it” or anything like that. I just did what I wanted to do.

Someone called this record your Wrecking Ball.

I’ll tell you who later. But I kind of took that to mean that you have hit your stride now, at this point. You’ve kind of found your sound, which was always in there, but you’ve moved all the other stuff away.

That’s fair. Yeah, that’s good. I mean I recorded all those records for a major label, you know, and they have things that they expect. Also, as the artist, when you sign a contract, you agree to make a certain kind of music, and so without having those constraints, I really have been able to just enjoy myself. Whereas before, I enjoyed little bits and pieces, now I enjoy the entire thing, and it’s nice.

Now, you are absolute royalty within the Americana community.

But I also love that the Grammys and the actual country music — the CMAs and stuff like that — are also still recognizing you and still nodding in your direction. So do you feel like that’s kind of the best of all possible scenarios, to be straddling it all and not just one or the other?

I mean it’s nice, very nice, but I have had my hand in each of these areas from the beginning, you know? My very first single was “Never Again, Again” and it had Ricky Skaggs and Sharon White singing the harmony on it. And I’ve been working with Buddy Miller for however long — years and years — and Jim Lauderdale. And, as far as the bluegrass world goes, I love my bluegrass friends.

I know you do.

Yeah, and love the music, love the lifestyle and everything. So yeah, I’ve kind of had my hand in a lot of different places over the years, and that’s kind of just who I am.

But it’s weird that you haven’t always been perceived that way, right? People perceived you in a different way.

And that was frustrating for me because, I mean, you can tell by the way I talk and sing, you know that I’m country. [Laughs]

[Laughs] No way around that!

My favorite singer is George Jones. To me, George Jones is a country singer, but he’s a soul singer, you know? And Ralph Stanley’s a soul singer! If it’s born out of something that’s real rootsy, then I’m gonna love it. And that’s who I am, that’s how I was born I guess.

And that’s the thread running through this record too, you burn down all the walls. It’s hardly strictly country and hardly strictly anything … But that soulfulness and you just pouring yourself into it, that’s the thread, and it’s amazing that, after all these records, that it’s clear that you’re a fan first. That’s coming [through], your love of music and your enjoyment singing. Is that something you have to work at or is that just naturally coming?

No, I don’t have to work at it. If I didn’t sing, I feel like I’d die or something, like it keeps my heart beating or something. I don’t know. But you know what? I don’t have to sing on stage in front of thousands and thousands of people. I can sit down in my living room at home with my guitar and sing, and it still feeds whatever that is. I sing and hum to myself all the time and my daughters are like, “Would you stop doing that?” I’ll be grocery shopping or whatever.

While all the rest of us are like, “Can we come over?”

[Laughs] It’s funny because it’s like I don’t even know I’m doing it.