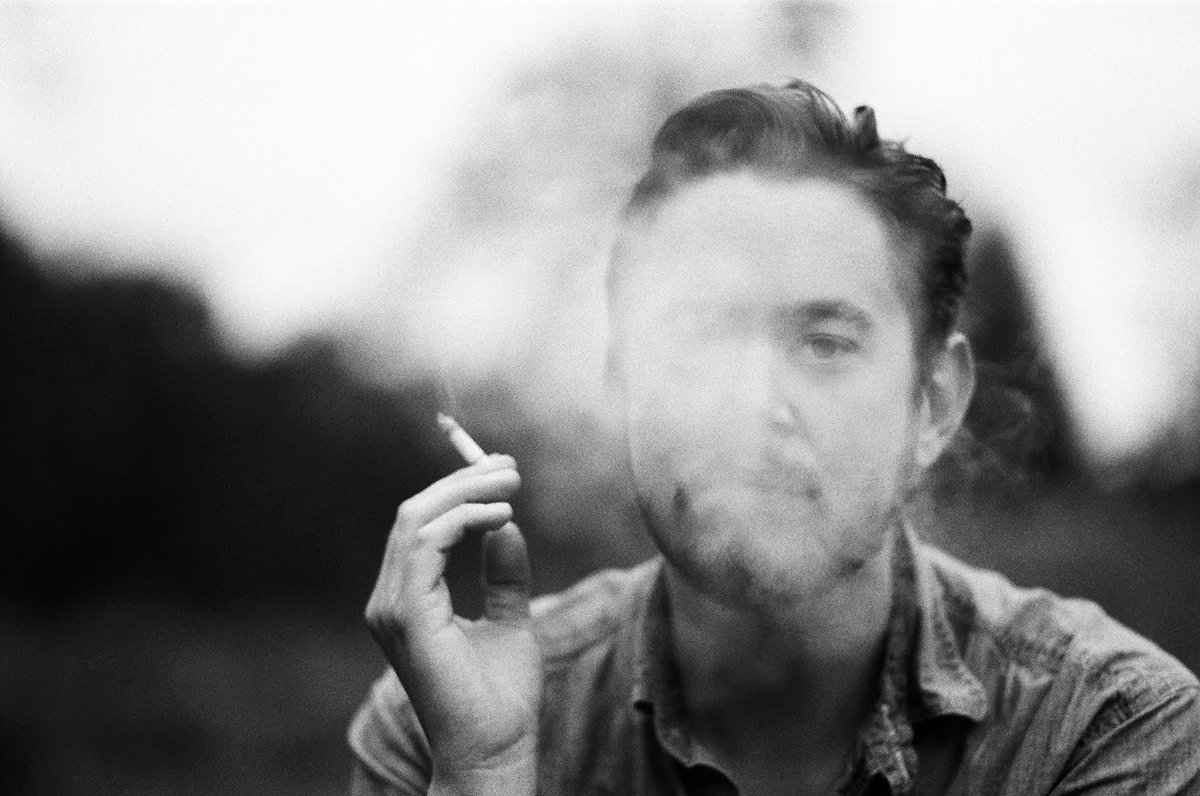 Breakfast Alone is the album. Nashville Scene voted it best country album of the year!

I can’t believe it!

Frankly, I was shocked and so happy when I saw it.

Yeah, I mean for a really independent record to obviously have made that sort of impact is humbling. It’s awesome.

Yeah, cool. And we premiered a video (“Sinking”) this week on BGS, so you’re just going to town!

Yeah, me and Stacie Huckeba, who directed the video, went up to the river and made sure no one was around and jumped in the river naked. There were some shocked joggers, but it was alright. [Laughs]

Well, we mentioned your new video for “Sinking,” but in your “Bed of Bad Luck” video, I appreciate how fully and honestly you represent yourself. You have your fella in there, and you’re making out with him in it, and I feel like … I appreciate it as art, first of all, but I appreciate it as a gay person because that takes the energy; it kind of sucks the air out of the room and it takes the shame out of it. So, then, if anybody does have an issue with who you are, it’s not you, it’s clearly them. Was that kind of part of your thinking, in not just that video, but how you present yourself as who you are?

Yeah I never wanted there to be a question, or have it be “Is he or isn’t he?”

Yeah, “I heard that he has a boyfriend” or whatever. May as well just put it out there, and I felt like, at the time that it came out was in January of this year, so it just felt like the right moment to be open and to be honest and show the world that I don’t care. [Laughs]

Even in [the Americana world], though, do you ever feel tokenized? Othered? Because I go to a lot of shows, and there are very often, probably nine out of 10, I’m probably the only queer in the club. Although I do joke that sometimes Kacey Musgraves is there to help me balance the room. [Laughs] It’s not that I don’t feel welcome; it’s just that I notice, “Okay, I’m the only one. Okay, whatever.”

There is an element of tokenization, is that the word?

Let’s go with it. We could say “tokenigaytion.”

[Laughs] I was hoping that I wasn’t putting myself in that position by having come out of the gate with that video, but for the most part [there’s], been a lot of support and a lot of the right things have come out of it, you know?

At AmericanaFest this year, they invited me to a panel about identity in music with Patterson Hood and Chastity Brown, Rev. Sekou, [and] I felt like, “What am I doing here? I’m just gay!” [Laughs] … But you know, I felt that there might be elements of tokenization — tokenigaytion — but I feel like the conversations that have come out of it have been more valuable than any of that.

Right. And you also run around with a pretty cool group of folks — Margo Price, Adia Victoria, Nikki Lane, and a bunch of other super talented people who also have some element of outlier in their identities, too. So that must help, I would assume.

Yeah we “grew up,” so to speak, at the Five Spot, just hangin’ there every night and playing shows, sort of feeling like outcasts over in East Nashville doing our own thing, before it was “East Nashville,” you know?

Musically, you have this classic sound. The outlaw country vibe is all the rage these days, but you go further back than that. You go back to ‘50s, ‘60s — where country, pop, rock ‘n’ roll, rockabilly was sort of all still mushed together. Where did that come from? Was that stuff that you listened to growing up?

Well, growing up, it was a lot of Bob Dylan, Jackson Browne, and my dad loved Roy Orbison and stuff like that.

Yeah, and I feel like that contributed a lot to it.

Roy’s kind of the quintessential intersection of all that stuff.

Song-wise, what’s so great is that you sketch out the lives — and, more than once, the death — of these marginalized characters, in a song like “Platform Shoes,” for instance. What draws you to those types of stories? And to murder?

There’s nothing like a tragic country song, and there’s something very real and palpable about tragedy and death that you can really wrap your mind around. As far as, you know, murder and all that stuff …

‘Cause it’s not just death, it’s murder. Let’s be clear!

And I’ve noticed in reading about you that I’ve seen the word “sardonic” applied a number of times, and comparisons to Father John Misty and what not. And I get that. That’s definitely there, but I feel like — and you can tell me if I’m getting this right — I feel like there’s a compassion underneath that, in your songs, that I don’t necessarily hear in some of the others in that milieu that write like that.

It’s like you’re telling it from the inside out rather than an outsider just watching something.

Right. Because, I mean, there’s still humanity in it. There has to be a way to connect to that character’s humanity. And I guess that also brings you back to the theater element, because you put yourself in that person’s shoes, you’re gonna start to feel those emotions, too.