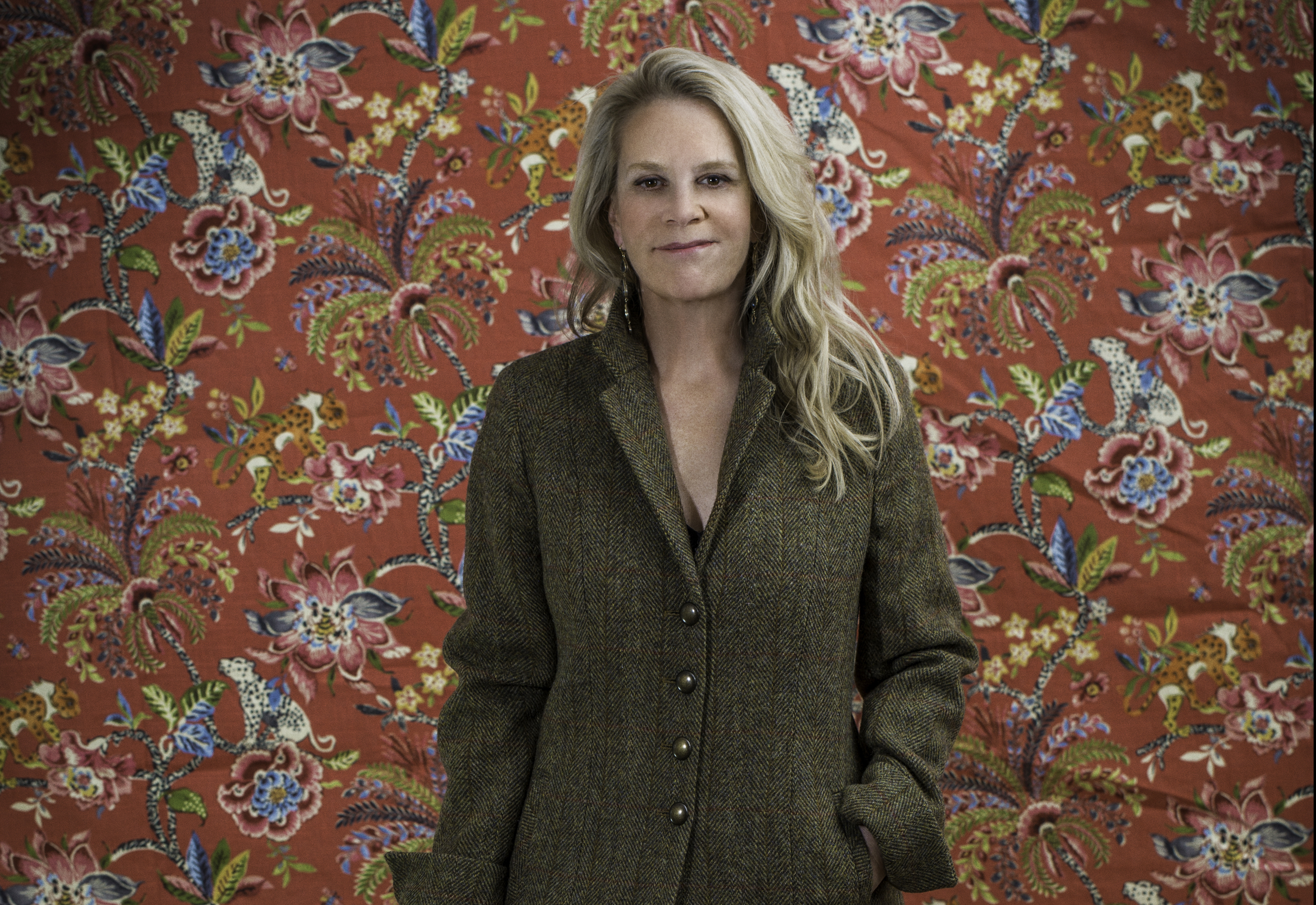 With me today in the Writers’ Rooms at the Hutton … Mary Chapin Carpenter. Hi!

I’m good! This is fun already!

We’ve already been talking and having a great time.

Yes, bonding over all sorts of age-related issues. Good stuff. So now I guess we should talk about you and your record and all that kind of stuff, right?

We could go back to talking about how many pairs of glasses we each have but … Sometimes Just the Sky — what a brilliant concept this was, this album.

Most people would have gone back and picked their seminal record and redone the whole thing. You didn’t do that.

I remember Sir George Martin — I may not have this word-for-word perfect — but he said something to the effect of, “Age is something you have to learn to deal with, if you’re lucky.” I love that.

Well, not everyone could go back through a 30-year career, to the beginning, and find songs that do still stand up, just as songs, but that also are still emotionally relevant that many decades later.

Well, you know, I think I certainly got lucky with the oldest song on the record, which came from the first album I made, which was called Hometown Girl, and it’s a song called “Heroes and Heroines.” And it does speak to our current times that we’re in in a way that’s kind of eerie. But that wasn’t something I immediately assumed would be the case. Again, it was like an excavation of sorts, figuring things out.

The inspiration for [the title track, “Sometimes Just the Sky”] was a Patti Smith interview, which I think is fantastic.

I haven’t. I’m gonna go find it, though.

You just Google — here we are in 2018 — “Patti Smith sometimes just the sky,” and it’ll bring you to this interview. It was this beautiful interview or talk she was giving in 2012, I think it was, to some young folks, and she was saying — and I’m paraphrasing wildly — but she was saying, “I’ve put out books of poetry that maybe 50 people have read. But if there’s something in your life that you love and are passionate about, you can think of it as your calling. And you have to pursue it and you should, but you have to be prepared for rejection and failure and other things in your life, because you’re living — loss and regret, heartbreak.” She goes on to list the things that you have to be prepared [for], the adversity of things.

Of humanness. But then she stops and she says, “But on the other hand, life is magical and it’s beautiful and it’s amazing and it’s so worth it. It’s as simple as … a perfect cup of tea with a friend. Sometimes, just the sky.” And it comes right out. That phrase just carved its way immediately into my heart and, a few days later, I finished the song.

It’s that idea of finding the things that soothe or comfort us, the beauty in things.

I’m gonna ask you questions based on song titles across your discography: Which beauty are you a slave to?

What lies between here and gone?

The unknown, and you have to be open to that.

That’s a hard one.

That’s a really hard one. I don’t know about you, but I think of myself as this person … I try to be open to everything and embrace the unknown and seek adventure wherever it may be, and yet the duality — I also know I’m this person who craves safety and security and order out of chaos. It’s really hard to have that coexistence.

I fully concur. What have you learned from the middle ages?

… Probably that the most wonderful thing is to get through them! [Laughs]

What do you need to be happy?

All the things that song [“Don’t Need Much To Be Happy’] lists. Books and food in my belly, driving toward home, a hand inside of mine … things like that. That song is a list song.

What would be the title of your life story?