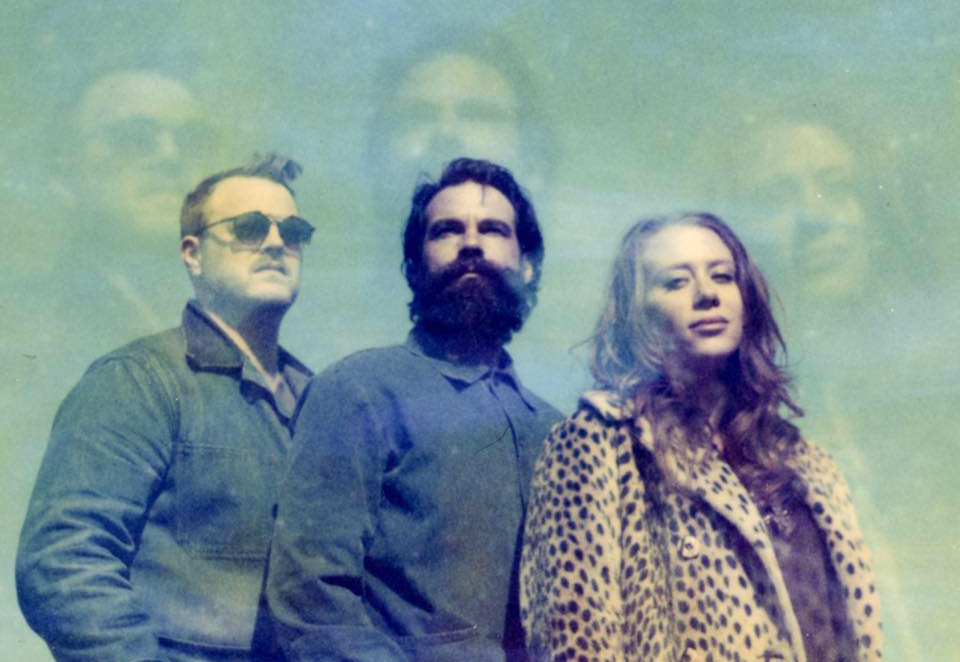 With me today at Hillbilly Central, the Lone Bellow!

Brian, Zach, Kanene … welcome. So glad to have you guys here. New album, Walk Into a Storm … so good, so good!

Zach Williams: We made it right down the street!

Did you make it at Studio A?

Okay. I didn’t know if you’d done it at Studio A or Low Country. So you made it with Dave Cobb? Good job, kind of hard to go wrong with that guy.

Here’s something I was thinking about as I listened to the record today. I got to “May You Be Well,” which you [Zach] wrote for your daughter, Loretta. But it obviously has a broader call, a broader wish, and it kind of got me wondering … in this particular time that we find ourselves in … how do you guys process things like Vegas or Paris, those shootings, or the singer who was killed last year, or the Manchester bombing? Because I kind of hear it coming through that song, because all of those things are the antithesis of what we’re trying to do with the music, right? So how do you process it and how do you see your role?

KP: Well there’s an Allen Toussaint quote … so we played a show in New York six hours after the Paris attack. I remember, because there was NYPD and law enforcement everywhere, all over the venue. It was the exact same capacity, so it was really bizarre. I remember a bunch of my family members, my siblings, were coming that night, and just thinking about, “What if that happened to us?” And Allen Toussaint had just passed away, and I came across an Allen Toussaint quote that I quoted that night, and it said, “Music also has a role to lift you up. Not to be escapist, but to pull you out of misery.” And to me, that was just the best way you could say it. Because it’s not made to just escape and forget everything, but to me, this is what helps you endure and helps you be lifted out of misery just enough to where you can handle it and you can also address it and not have to wallow, but you can move forward. And I think that’s a really important thing to be able to do with songwriting or with just being someone who likes to listen to music. It’s a really important processing tool.

Because you’re either providing that stability, as the writer, or you’re reaching for it, as the listener. But either way, you’re making a connection with someone else, if not a number [of people]. I go through this, it’s like, every time something like that happens, I turn to music to lift me up, but then there are the days where it’s just like, “Ugh — it just feels so pointless!” You know? It’s like “Ugh, I’m just doing music!” but then I’m like, “No, I’m doing music. It has its role.”

BE: We were in Toronto the day we were all dealing with Vegas and, to add to what you were saying, you also turn to humanity. Like we told [our crowd], “Today sucks.” I think we started the concert off like that. And they lifted us out of it, and we were with each other, and it just really shows you that it happens to everybody. All of humanity is trying to come around each other. They want the best for each other.

ZW: I would even venture to say, like when you were saying there are the listeners who are reaching for it and then us that are providing it, in my particular case, I would say that I’m reaching for it. Because, when we write a song, we don’t know how it’s gonna be received in a year when it’s released or when we start playing it. We don’t know what stories those songs are going to connect with with strangers that we’ve never met.

Or what’s gonna be happening in the world when it does come out.

BE: I don’t think we have the ego to say that we could write a song and save the world. [Laughs]

ZW: So, that night, we started singing “May You Be Well,” and they started singing it, kind of to each other, and then we were all singing it together. And we were all very much aware of everything that was going on. We don’t have the answers, and they don’t have the answers, but we can all sit in that space together and just be like, you know, this is a stop sign. Writing music or making art is a stop sign because it makes you just pause and think, and also listening to or looking at art is also a stop sign. So, I’ve really been grateful to be a part of those experiences. I was worried the night of Toronto, like what is this gonna be like?