The Artist’s Way: An Interview with Rayland Baxter 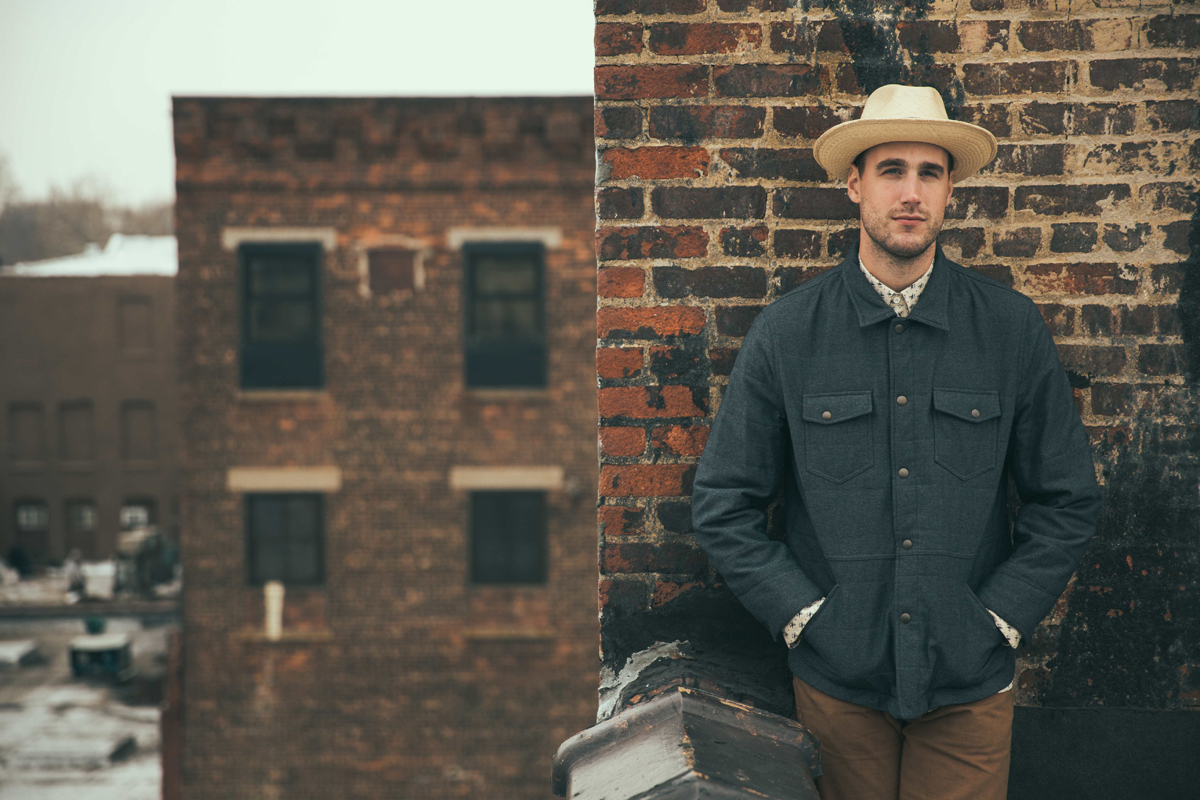 If Wendell Berry and Paul Simon were to somehow have an offspring, odds are he would be a lot like Rayland Baxter. An easy-going and contemplative musical poet, Baxter brings a light touch to his life and his art. He grew up in and around music — his father being multi-instrumentalist Bucky Baxter, who has played with Bob Dylan, Ryan Adams, and others. Still, the younger Baxter avoided following in the elder's footsteps until 2010, when he released Feathers & Fishhooks on ATO Records. The Ashkelon EP followed in 2013 and Imaginary Man dropped last month marking the next notable step in his artistic evolution.

Right at the top, I have to say that your team missed a big ol' opportunity by not marketing “The Woman for Me” as a lesbian theme song, because it's the story of my life, man. And I thank you for it.

WOW! Wow. That's incredible. The song still exists. We can hit that up. Just let me know.

Maybe we can get Melissa Etheridge or Chely Wright to cover it.

I'm down. You know those cats?

I don't know them, but we have people in common. I can bring it up at the next club meeting.

If you would like to do that, if we can work that, let's get that song to the lesbian community.

[Laughs] It would be a service to the ladies.

Yeah, that's what the song's for … it's for the people.

In an interview right before that first record came out, you talked about growing up poor and said, at that very moment, you had a single dollar to your name. Hopefully things have improved a bit since then.

Sure. Talk to me about the reality of the rock 'n' roll life. It's not all private jets and groupies, like people think it is.

[Laughs] Yeah. I'm in a 15-passenger van right now with five other dudes. Everybody seems pretty cozy, though. Everyone's got the right lens on, if you know what I mean. We all see the situation for what it is. I enjoy this. I love touring. I love being in the van and the conversations you have within the band while you're traveling and seeing the earth move by you through the window. This is it for me. I'm totally content. I'm pretty much content with everything that's happened since I tiptoed into the musicians' lifestyle. I have a pretty good outlook on everything involving that. In terms of the glamour, this is it. Someone gave me a free t-shirt yesterday — a $30, no-collar shirt.

You were stoked about that, weren't you? I've said for years that I feel like nobody should be allowed in the music business, to any degree, until they travel with five dudes in a van for six weeks.

Right. You gotta sweat. Sweat equity, you know? You gotta stink, you gotta hurt. Your back's gotta be twisted up a little bit. Poverty is the mother of creativity.

It certainly can be. Seems like you have the classic split personality of nomad versus romantic. One moment, the dream is to settle down and plant roots. In the next, it's hitting the road and exploring all options.

I can expand on that.

The nomad versus the romantic … okay. I like this conversation. You know how in life, you have those things that get you off?

Maybe you like fly-fishing or snowboarding or hanging and drinking beers or porn … whatever. One of mine is traveling. What better way to travel than touring and playing music. And I know that it's important for where I want to go with my career to play shows and hone my craft every night and experience a whole bunch of people … getting yourself in a whole bunch of situations like meeting a stranger and sleeping in their house. I'm sure lots of people reading this interview are like, “Oh, yeah. I've done that a bunch, too.” They all know that it's very exciting, for the most part, and kind of hairy sometimes, too. Like, “This is super-sketchy and these kids are kind of crazy and I don't know what that is in that pipe there that they're smoking … okay, sure. Yeah. I'll hit it.”

But I'm also in love with love. I love the feeling. I like being in love. I like seeing people in love. I like loving everybody. In terms of starting a family and all that stuff, that's a little bit difficult to do in my shoes, for now. But I'm content. Soy contenta.

Bueno. Are you a big daydreamer?

Big time. All the time. Yeah. I like to live in that world. You?

Yeah. Totally. It's so much better.

Even regular, sleeping dreams. I hate waking up in the morning.

Are you a lucid dreamer, by any chance?

No, I'm not. I have weird dreams. Weird. But I like them. They just make the world seem like a weird place when I wake up. Like, “Oh my gosh. I thought about that? That happened in my dreams? So strange.” But, then, some of them …

Yeah. Yeah. Okay, so this new record … “Rugged Lovers” is my obsession song.

It almost feels like the continuation of the story that began in “The Woman for Me” … like you found her — your ideal woman — even just for a moment or so. Might that be the case?

Yeah, yeah, yeah. That's it. Yeah. [Pauses] Let me see how I can put my words to this. What I think about with that song … I never actually put the connection to “The Woman for Me” and “Rugged Lovers,” but I love it. That's the cool thing about a song: You hear those two songs together and you see the connection, and I don't even see the connection, but obviously I do now.

“Rugged Lovers” is kind of where it ends up. You meet somebody, maybe, and then you gotta go. It's pretty tough to grow with somebody when you're not around them. It's like shooting air balls. Or you "let the feather fall into the hook, cast it out," and there's nobody to bite on it. It's a hopelessly heartbreaking song. But it had to be that way.

Yeah. It has to reflect the reality of it all.

Or the made up of it all.

I was going to say, yeah, or the false reality of it all. Whatever it is.

On the whole, you expanded the sonic palette for Imaginary Man. Things are a bit denser, but it's still pretty light on its feet. Part of that's your voice. But another part of it must be how you shape your melodies. Am I getting that right?

Yeah, you're nailing it. Melodies are super-important. In terms of the music, we all had a bit more idea of what we were doing this go around. We being myself, the producers — Eric Masse and Adam Landry … they're just more experienced and better at their craft. All the musicians that played on the album, like Mr. Jimmy Matt Rowland … who played all the keys on the album. He's really come a long way in the last five years. [Laughs] He's sitting behind me right now. … Everybody in the circle of friends is just hardcore into becoming a better musician or musical mind, so the music came out really solid.

My songwriting, I'm on the same level as growing as a musician. I've evolved in terms of the lyrical content that I'm writing about. I've now had 31 years to think about melodies, not just the last seven. You get more and more the longer you sit around and hum to yourself or listen to music.