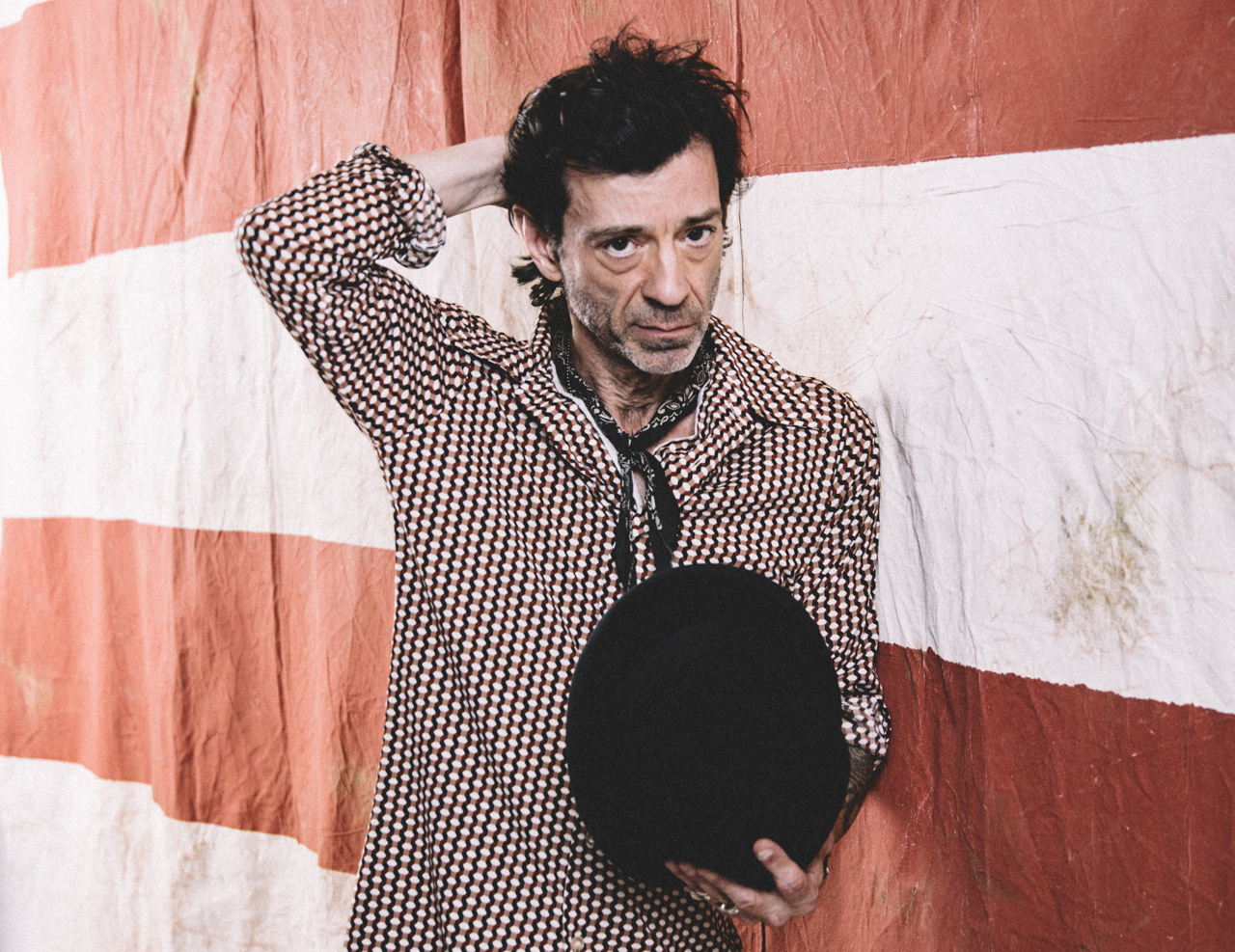 With me today at Hillbilly Central, Travis Meadows. Welcome.

Glad to be here.

So happy you’re here. You have a new record, First Cigarette.

I’m pretty excited about it!
…

I feel like … “if onlys” are a big part of this record, or the disposing thereof — the discarding of excuses of not being right here, right now. That’s in the title track and in a bunch of the other songs. So, the balancing act between accepting where you are and who you are, and still striving to be better — how do you see that and how do you achieve that?

Oh, man! I didn’t realize it was gonna get so deep in this interview.

Trying to give your best to this moment.

To this moment, yeah! And I will say that, on this record, I did something that I had not done on the previous records, and that was taking into consideration the audience listening. It’s such an unusual thing that is happening in my life, but I didn’t know that people were gonna gravitate to these songs and that I was actually gonna get invited to play places … But then I started [thinking], you know, “If I were in the audience and I was listening to one wrist-slitter after another, I wouldn’t like this! It’s a little depressing.”

And so, on this record, I was very adamant about putting some breathers in there, some levity, just a chance to enjoy music and not have to think as much as you were on the previous songs. You know what I mean? Which, in some ways, is, I feel like, a little bit of a sign of personal growth, because the first two records were just completely self-absorbent, self-indulgent records. I was just writing songs for me. And I still write songs for me, but I was thinking, “If I were in the audience, I would want something fast every now and then. I’d want a little breathing time.”

But I think, even if you are writing for you, if you’re writing with truth, it’s gonna resonate with people.

And I think about, on this record, a song like “Better Boat.” That’s a song that I resonate with and I think probably a lot of people would — anyone who’s trying to better themselves by going deeper into their relationships. That’s what that is to me, you know?

But that wasn’t always how you looked at life was it? Through that lens?

No, and regrettably I can still be quite pessimistic. You know, I’m just a dark son of a gun! But I’m getting better about it, and I’m embracing the moment more and more. I’ve actually — I cannot believe I’m about to say this — but I’ve actually, even in the past week with the reaction to the record where I ought to be jumping up and down and just beside myself, I’m kind of freaking out. People cannot like this this much! That’s my brain. And I have to [think], “They keep showing up to the shows.” So it’s humbling and it’s challenging and, heck, if they’re gonna keep showing up, I’m gonna keep showing up. And that’s kind of where I’m at.

Sometimes, I think, for those of us who have had troubled or dark or broken lives — which, technically, is everybody …

Some more than others. But I think joy is one of the hardest things to embrace, right?

I went through a preacher phase for a while. It’s so funny because I’ve gone through these little chapters of my life. I almost completely change. I look at those chapters like it was somebody else. … One or two [of my long-time friends] said, “I don’t know what you were doing in the preaching days, but you’re preaching now.” And that was way too much responsibility for me. … I’m just singing my songs. That’s enough for me.

But it did make me look at, “What is it that I am doing?” And I think what it is, with me being this vulnerable and telling this much truth about myself, I think I’m giving people permission to be okay with themselves — who they are, where they are, scars and all. I think we have this kind of messed up idea, “Well, if I could marry this person, or if I had this much money, or if I was doing this job instead of this one, things would be better.” And I think the secret is, if I’ve stumbled onto anything in these few years that I’ve been kickin’ around, is that the idea of contentment comes from being okay where you’re at right now, which is hard. It’s like a bird that lands on your shoulder and as soon as you look, it’s gone! But those moments where you have that serenity, that calm, that peace.
…

But I think the other thing that you do through your songs is, by digging into your truth and laying it out there for the whole world to see, in all its ragged vulnerability and rawness, you’re giving people the permission to look at their stuff, too. And they’ll be like, “Oh, well, he’s doing that, so maybe it’s okay if I kind of turn the lens inward a little bit.”