Hard Holiday: Robbie Fulks and Most of the Mekons on the Island of Jura 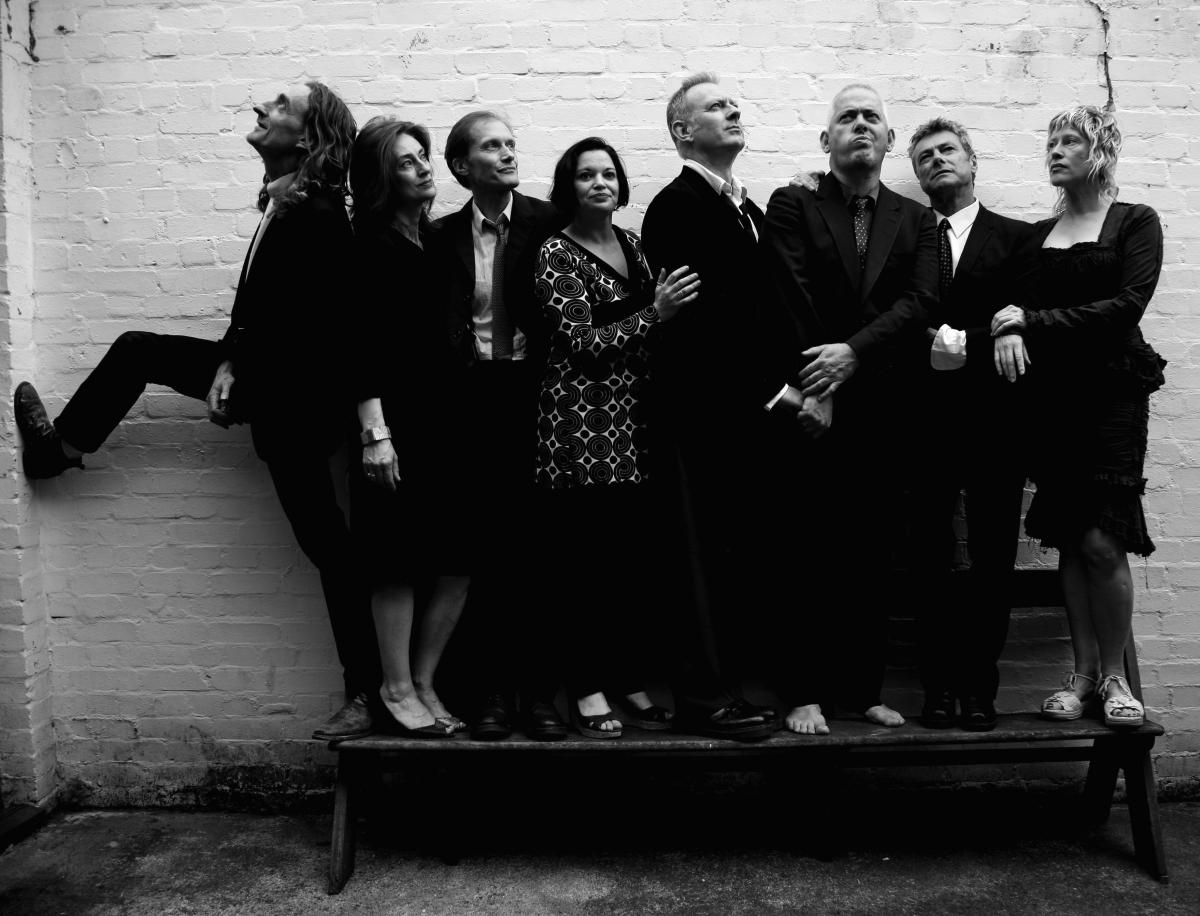 Aside from swimming and light aircraft — one of which is certain doom and the other certainly expensive — there are only two ways to reach the island of Jura, one of several off the western coast of Scotland. You can take a car ferry from Islay, which lies to the south, but it requires a roundabout trip that, while scenic, will take you hours out of your way. More direct passage involves steeling yourself with a shot of the local whiskey and boarding one of the wooden dinghies — called a rigid inflatable — that take the trip across the choppy waters several times a day. Captained by locals long inured to the queasy bounce of the waves, these tiny boats accommodate a modest party and rock vertiginously on the water. Most passengers disembark on the island green-faced and rubber-kneed.

That’s how Robbie Fulks and most of the Mekons made the shaky passage to Jura, where they spent four days recording an album of acoustic ballads and gritty shanties, all full of seafarers weary, wracked, groggy, and often simply lost amid the waves. The Mekons are all British — Scots and Welshmen, specifically, although several now reside in the landlocked American Midwest — and as such are accustomed to some extent to such rough travel. Fulks, however, is an American, which gave him a very different perspective. “The trip was plotted a little sadistically, I thought,” he writes in the liner notes to the album, simply titled Jura. “Many in our number were, or looked, ill.”

Humans have been making that passage for centuries. Trod upon by Vikings long before the arrival of Christianity, Jura was home to Scottish farmers, mostly poor and stubborn against the rocky soil, but they were eventually forced off the land in what is called the Clearances. Landowners evicted their tenants to make room for sheep, whose wool was used to make uniforms for soldiers in Napoleon’s armies. The sheep remain, outnumbering the island’s human population. “A lot of people went from Jura to South Carolina, I think,” says Susie Honeyman, the Mekons’ violinist and expert on Scottish islands. “It’s really difficult to live there anyway, because the soil isn’t very good and people were starving.”

Since then, the island has claimed a small populace, among the famous of whom is George Orwell. In the 1940s, while writing 1984, he moved to a remote cabin a rough seven-mile hike through the woods from the main settlement. The island may have inspired that notoriously dystopian novel, but it was not kind to Orwell. The weather irritated his tuberculosis, nearly killing him. And, says Honeyman, “He nearly died in the Corryvrecken Whirlpool when he attempted to row across it with his son!”

Fulks and the Mekons arrived there in the middle of a long and arduous tour of the Scottish Highlands, including stops in remotes villages on islands that rarely see popular entertainment. “The Mekons being who they are — which is a bunch of highly disorganized individuals with multiple interests — it turned out that two of them weren’t sure they could go,” explains Mekons co-vocalist/co-songwriter Sally Timms. “Jon suggested asking Robbie Fulks to come along, and he — being either game or deranged at the time — said yes.”

Conditions on the island, Fulks soon discovered, weren’t exactly comfortable. The wind blows sharply, finding seams and holes in even the heaviest coats. The constant drizzle of rain renders everything damp, gray, muddy. The island is roughly the size of Chicago, with fewer than 200 people inhabiting a small settlement that includes one shop, one pub, one distillery. The one inn at full capacity, several of the Mekons took to cabins far from town, like lepers banished from civilization. “We stayed in these remote little cabins, but they weren’t even buildings really, at least not by American standards,” says Jon Langford, one of the band’s numerous vocalists, songwriters, and guitar players. “I think Robbie was shocked by the absence of soft toilet paper, towels, washing machines — things you might think of as bare essentials in the rest of the world. But they don’t need them on Jura.”

Fulks and the Mekons recorded at Sound of Jura, formerly a schoolhouse owned and operated by Giles Perring who, in the 1980s, played in a band called Echo City with Honeyman. Prior to their arrival, the band had spent weeks planning songs, penning lyrics, testing melodies, and dreaming up arrangements, so that when they got there they could have something resembling songs to rip up. Even at the earliest stages, they knew the album would have a nautical theme. “We’re going to an island, so we’re going to write songs about islands and sailors and fishermen,” recalls Timms. “We always like to have some kind of theme. It helps to hang things on. But we had only a notion of what it might be like on Jura.” 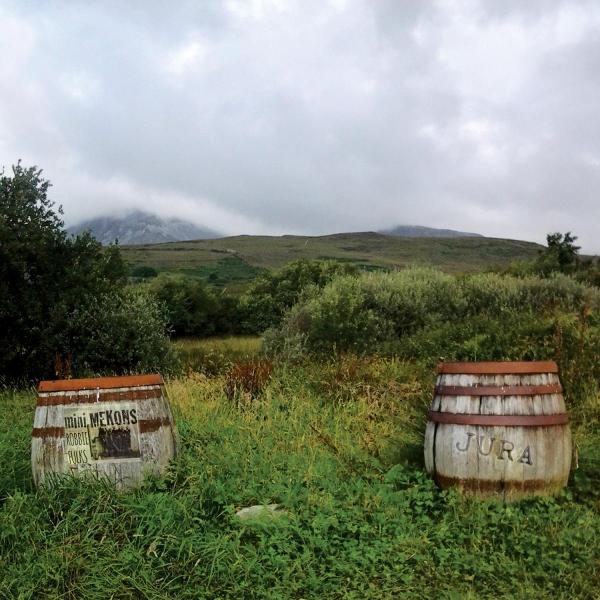 The music reflects the place: These are songs about hard lives on or, at least, near the sea — lives defined by depravation and tribulation. Sung by Langford, “Incident at St. Kitt’s” is a dark, choppy chantey that traces news of a gruesome tragedy from one port to the next, from one ocean to the next, until it’s subsumed into seagoing lore. “Stiff drink! Stiff upper lip!” they shout in unison. That news might have reached the alcoholic and self-justifying narrator of Fulks’ “Refill” or even the pitiful rake in his new version of the Mekons’ classic “Beaten & Broken.”

Says Langford, “We tried to leave ourselves open to where we were, so we knew there were going to be boats involved. As soon as we got there, a lot of the lyrics got kicked out. Place names were brought in, along with snippets of overheard conversations. That’s how we work as songwriters. We’ll just tear the whole thing up at the last minute. Don’t sing those lyrics we’ve been working on. Sing this thing that basically a transcript of a conversation we heard in a pub the night before.”

Jura got into their bones, even as they tried to keep it out. So the resulting album that bears the island’s name sounds evocative of the place itself, with a queasy acoustic drone saturating every song. The drone of the harmonium evokes flat, rocky land — beautiful but hard, boggy, and rocky — inviting you to explore its raised beaches and low mountains, but trapping you in mud once you get there. “We didn’t know we were going to play harmonium on the album,” says Timms, “because we didn’t know there would be a harmonium until we got there. Giles just happened to have one. It’s such an archaic sound. It’s perfect to go with the other acoustic instruments.”

Honeyman’s violin takes to the sea, lending quiet, slow laments like “Sail on Silver Seas” and “I Am Come Home” — both sung by Timms — their gently rocking motion. A susceptible listener might get seasick listening to them, but it’s not an altogether unpleasant sensation. “I’m not quite sure why it’s got that particular character,” says Honeyman. “Certainly, we were aware of our surroundings. The song is quite slow, and everything in Jura is quite slow. When you’re going on boats, you can’t go fast. It’s not like going planes. You just go the speed you can go.”

Jura jolted these musicians into a different gear and made them adjust their speed. That may be the island’s greatest charm, and it means the album shows no signs of hasty assembly. Rather, much like the island that inspired it, these songs make acoustic austerity sound lush and generous and rich. “I think something quite coherent happened quite accidentally,” says Langford. “It’s like this is the only way it could have sounded. We didn’t hit upon something. It was just the sound of us at that time and in that place.”