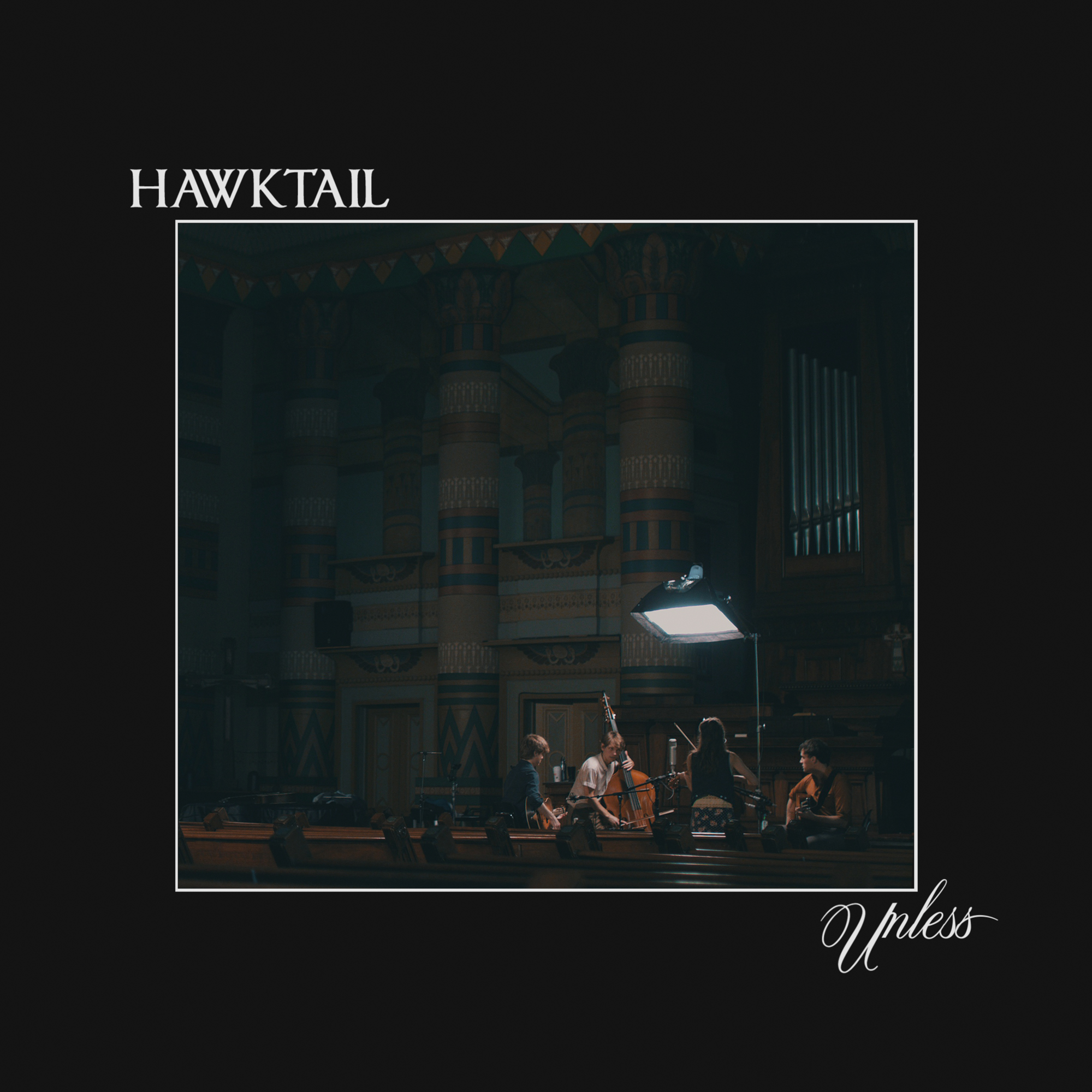 Not long ago, the bluegrass-meets-old-time-plus-chamber-music supertrio that consisted of fiddler Brittany Haas, bassist Paul Kowert, and guitarist Jordan Tice stopped simply billing themselves by their last names, added mandolinist Dominick Leslie to the fold, and renamed their outfit Hawktail. Their debut album, Unless, solidifies their status as a concrete ensemble — a grown, autonomous entity, more than just a collection of friends and string band experts who happen to enjoy playing tunes together here and there, when tour schedules allowed and stars aligned. Fortunately, that solidification was not predicated upon the elimination of the spontaneity, whimsy, and kineticism that shone through their picking as they grew from a pick-up band to an established trio to this, their current, matured form.

On “El Camino Pt. 2,” you can hear the live audience responding to this kineticism, watching in palpable awe while these four young paragons of acoustic music dialogue with each other. As they ebb and flow, rise and fall, they demonstrate to every listener that that feeling among the crowd, the exciting premonition that everything could, at any point, careen off the rails, is purposeful and under precise control. After all, this is one reason why old-time and bluegrass are so appealing: When you are in the presence of true virtuosos, players whose musicality transcend their instruments, quite literally anything can happen. The fact that Hawktail never forsake their exquisite taste, their sometimes quirky, funky, or nerdy personalities, their supremely traditional influences, or their penchant for everybody-hold-onto-your-hats fun while maintaining their deliberate, cohesive voice as an ensemble makes it even more adventuresome to follow wherever they may lead.