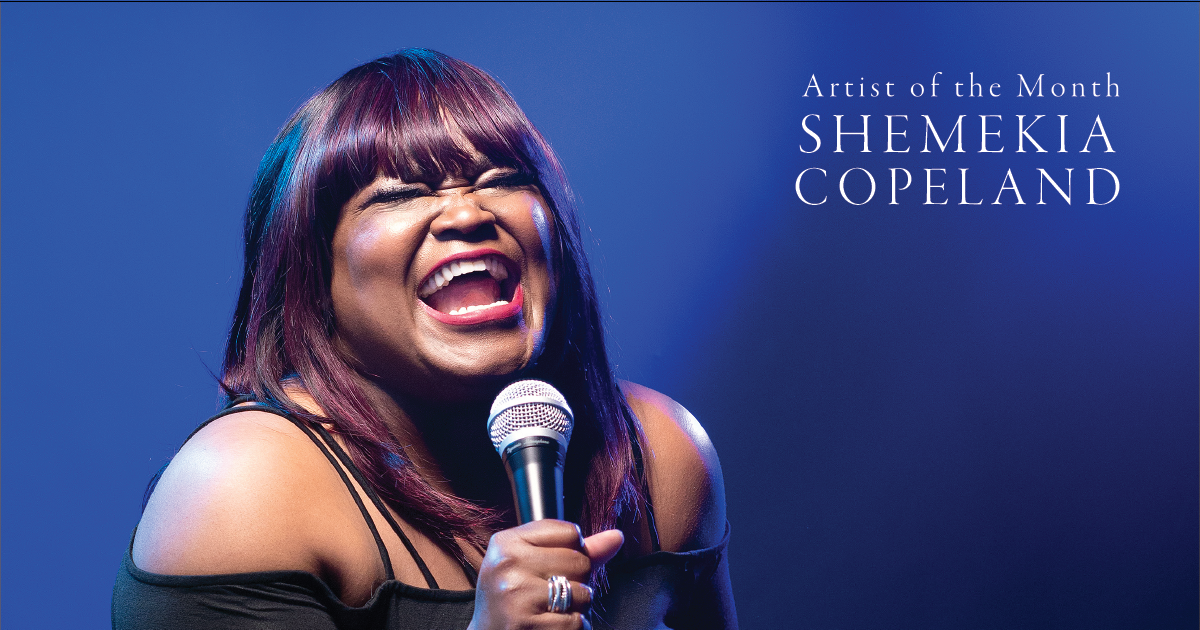 In addition to working with Kimbrough on her new album Uncivil War and 2018’s America’s Child, Copeland has recorded with artists like John Prine, Emmylou Harris, and ZZ Top’s Billy Gibbons. In part two of our interview with Copeland, whose father is the late Texas blues great, Johnny Clyde Copeland, we discuss her musical development and the lessons she learned while teaming with these and other unlikely collaborators.

Editor’s Note: Read the first part of our two-part interview with Shemekia Copeland.

BGS: Over your last four albums, you’ve worked with producers Oliver Wood and Will Kimbrough, mostly in Nashville, and really started to open up the instrumentation and type of songs you’ve recorded. So I have a chicken and the egg question: did you start working differently because you wanted to change, or did you change because you worked with different people in different places?

SC: It happened organically. The first record with Oliver was in Atlanta and then he moved to Nashville, because everybody moves to Nashville, because that’s where musicians and studios are, and it’s inexpensive to work there. Oliver had Will Kimbrough come in and play and I was a big fan of his. When he played on my record, it was love at first note, because he’s just a musical genius.

We did our last record America’s Child with him and he just knows everyone. Nashville is such a small town in that way. All the musicians know, respect, and love each other. Will would say, “So-and-so would sound good on this. Let’s call him,” and within a day they’d have these guys in the studio that you couldn’t imagine working with as a blues artist, because you don’t know them. The gates of Heaven opened up being in Nashville because that’s where everybody is.

How about Oliver Wood?

I love him. He’s a very talented player and writer, and the best thing about him was that he really encouraged me to think about how I sing. I came from the blues shouter way of singing, and from him I learned that you don’t have to do that to move people. That was huge for me, to learn that you can capture people with subtlety just as much as you can capture them with the hugeness of your voice. We had that conversation and I took that away from working with him and have carried it on.

“Uncivil War” is a perfect example. I did not want to sing that song. I thought it was is a pretty song for somebody with a pretty voice to sing. I wanted the world to hear it and figured they would not if it was coming from me, because I don’t have a pretty voice. That’s when they all yelled at me and said I was being completely ridiculous and to just sing the damn song. But I still struggle with thinking that the subtleties of my voice work. I was just using the power of my voice more like a Koko Taylor, or Etta James.

Let’s talk about some of these people you’ve worked with. You did a duet with John Prine on his lesser-known blues song “Great Rain.” Tell me about that.

That happened completely organically, but here in Chicago, though he lived in Nashville. He’s originally from Illinois and we were both on a concert called Voices of Chicago. I was there to represent blues and John was there to represent the fact that he’s just frickin’ amazing. We were backstage and I’m standing there looking at John Prine thinking, “Oh my God, I’m standing here looking at John Prine.” And he looked down at my feet and said, “I love your shoes!” We started talking and I fell in love with his wife, Fiona. Amazing people. We got to talkin’, started working on projects together, and the rest is history. People like him know how to break the ice with people when they’re nervous around them.

How about Emmylou Harris?

That was just a Will Kimbrough connection. I met her a couple times, like in passing at festivals, but her being on “America’s Child” was Will. He plays with her. She heard the song, loved it, and wanted to sing on it, which was beautiful.

Steve Cropper, who produced The Soul Truth (2005), also plays on the new one.

What about Billy Gibbons?

Billy was a big fan of Johnny Copeland; he went and saw my dad perform all the time when he was a kid. I was hanging out with him in India [at the 2017 Mahindra Blues Festival in Mumbai] and we were talking about all that. I wanted to do “Jesus Just Left Chicago” and John [Hahn, Copeland’s manager] had the bright idea to ask him. I never would have been ballsy enough to do that. Thank God for managers and producers.

I love Rhiannon Giddens on “Smoked Ham and Peaches.”

Yeah, and she sounded amazing on it. Oh, my gosh. I was a big fan of her and Dom Flemons and the Carolina Chocolate Drops! Just a group of interesting, amazing, talented people. But then I saw her perform as a headliner of the Chicago Blues Festival and she was just incredible. I really wanted to work on it and was so happy when she said she was aware of me, and would love to do it.

It’s probably the most acoustic, downhome song you’ve done and a good example of why some people started talking about you and Americana and not just blues.

I’ve always listened to country and bluegrass, even if I didn’t know who I was listening to. I just liked the instrumentation of it and the singers and lyrics. Americana was not on my radar, but I grew up listening to country music because my dad grew up in Texas and loved it. I’d walk around the house singing Patsy Cline and Hank Williams songs that my dad loved, but I hadn’t really even heard anything about the blend of country and roots music until a few years ago, so I think it’s kind of hilarious that people are saying I’m crossing over to Americana. But I welcome all listeners!

Has your audience changed over the course of these last few albums?

Yes, especially since America’s Child, but even going back to [2009’s] Never Going Back, I started getting people at my shows saying stuff like, “You know, I’m not really into blues, but I love what you do.” And I’m like, “Well, if you’re listening to me, then you could probably say you’re into blues. I think you’re more into the blues than you think you are!” I always hoped that I was getting fans that weren’t just blues fans, and I think the audience is growing a little bit for me — at least I hope so!

(Editor’s Note: Read the first part of our two-part interview with Shemekia Copeland.)