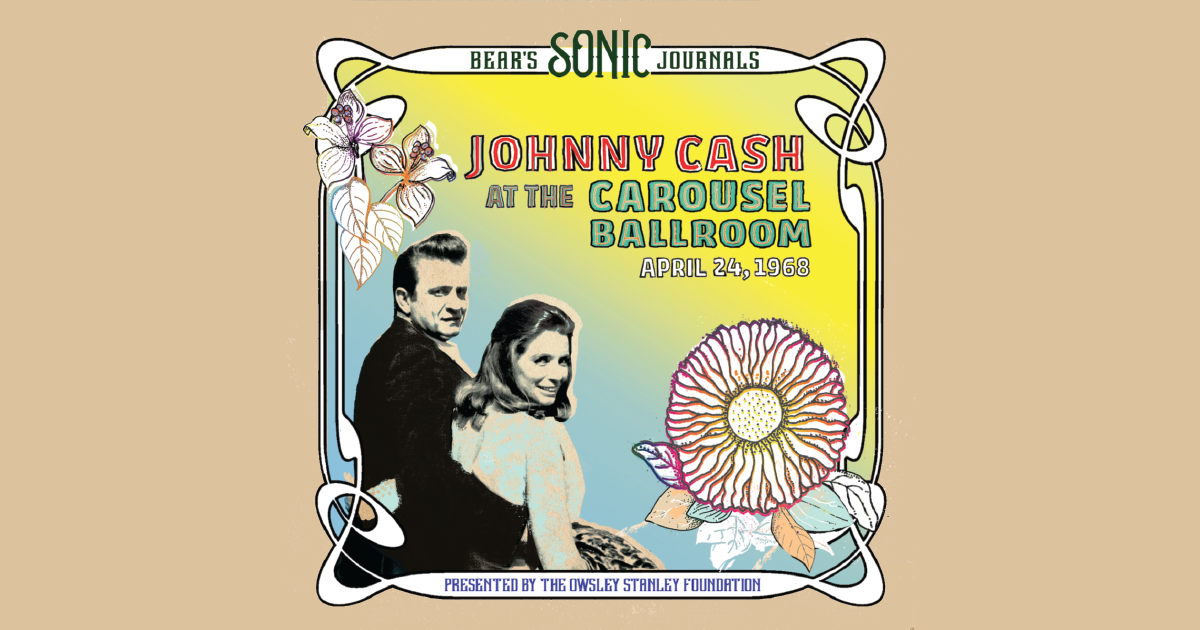 New music from Johnny Cash is coming in September from a surprising source. Members of the Owsley Stanley Foundation have partnered with Renew Records and BMG to release a never-before-heard capture of a Johnny Cash concert in 1968. The upcoming release, titled Bear’s Sonic Journals: Johnny Cash At the Carousel Ballroom April 24 1968, was captured by in-house sound engineer Owsley “Bear” Stanley only days prior to the release of Cash’s legendary live record At Folsom Prison. That means the new album will provide another window through which we’ll be able to hear Johnny Cash, June Carter Cash, and the Tennessee Three (guitarist Luther Perkins, bassist Marshall Grant and drummer W.S. Holland) at their peak, performing songs that shaped an entire genre. John Carter Cash, the country stars’ son, describes it as “what I believe to be one of the most intimate and connected shows I have ever heard.”

Recorded in the heart of the counterculture movement of the ‘60s in San Francisco, the new collection is slated for a September 24 release on a CD/2 LP set. To promote the project (as if we needed anything more to be excited about), the Owsley Stanley Foundation and Renew/BMG have released “I’m Going to Memphis” from the concert, and it is absolutely brimming with Cash’s signature charisma and debonair delivery. So many of classic country’s textures line the recording: tick-tack electric guitar, train-beat shuffle, brash acoustic rhythm, and of course, rich, velvety vocals to round out the arrangement. It’s a snapshot of one of country music’s most fertile moments in history and we’ll be wearing this one out all summer in anticipation for the rest of the live album’s release.

Listen to the official audio and check out this feature from Rolling Stone about new music from Johnny Cash.