Inspired by Poetry and Banjo, Norman Blake Collects Songs for ‘Day by Day’ 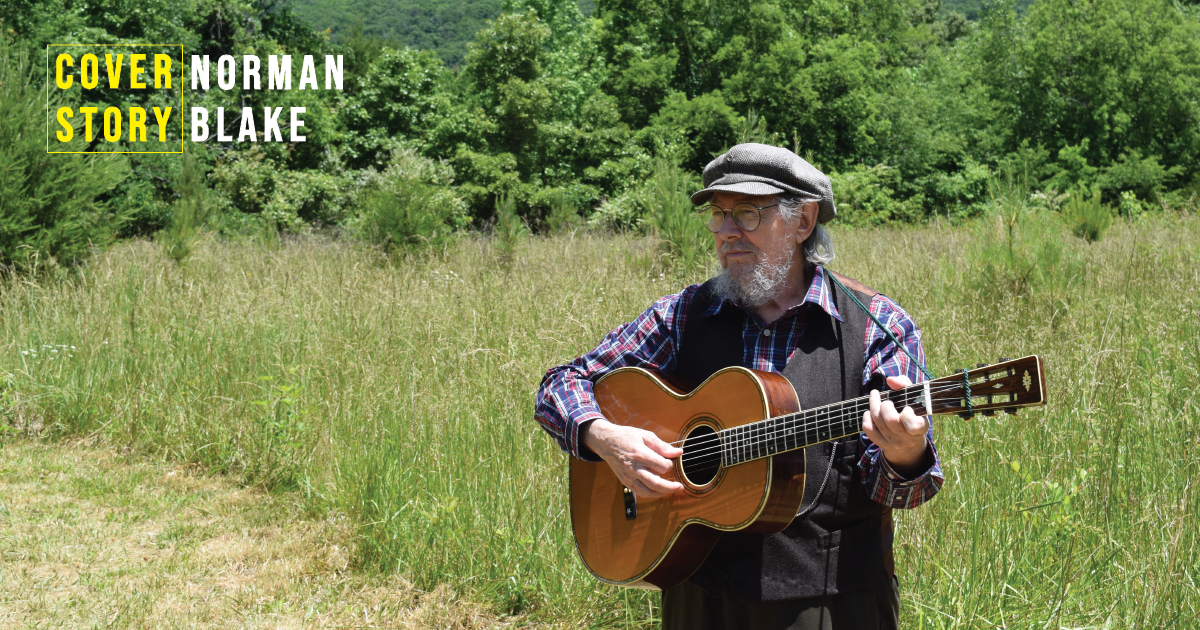 Norman Blake’s list of career achievements reads like a “who’s who” of bluegrass, country, and old-time music. But what will ultimately cement his legacy is his talent as a songwriter and storyteller. Whether he’s playing one of his countless original songs that have become new classics of American traditional music or singing an old song from his youth, Blake always conveys powerful meaning and emotion.

Even now at 83 years old he is still able to present music that is timelessly relatable. Norman and his wife, Nancy, have been retired from stage performance for many years now but continue to play music together in their home in northern Georgia. His new album, Day by Day, offers two new originals as well as a collection of songs (all recorded in one take) that made an impact on him, particularly as a young boy.

“You’re trying to get a feeling and a mood across that conveys what you’re doing,” he tells BGS. “And then I’ve always believed in poetry. Anything I’ve ever tried to sing. Most of it has been fairly poetic in some way. I really do believe in the quality of the material. That’s something that I’m very adamant about. I don’t want to sing something that just doesn’t grab me in some way in a poetic way. I don’t want to do it if it doesn’t do that.”

BGS: In preparation for this interview, I read some of your previous interviews and saw that you were pretty sure that your 2017 album, Brushwood (Songs and Stories), was going to be your last record.

Norman Blake: I say that all the time. I say the same thing about this little project that just come out. I keep threatening to say that I don’t want to do it anymore. But I’ll end up working up some stuff and then I feel like, well, I could record that. It’s up and down.

Was there anything in particular that you think made you want to record something new? Was it that you’ve been performing all your life and you don’t really do shows anymore? Do you think of albums as a way that you can still perform without having to get up on stage?

I think it’s that a little bit. I’ll put it this way. I’ve never said this but it’s sometimes you feel like, well, that song may have been done way back yonder somewhere or somebody else may have done it. But if you like it and you’re able to do it, then sometimes you feel like, well, maybe I’ll do that and get that one out of my head. I’ve always felt that way about recording. In fact, most of the things I’ve recorded over the years, I couldn’t do them today. Once you record them, you can forget them.

It’s clear that you’re very dedicated to finding material that’s important to you. Did you go looking for specific kinds of material, or is it just stuff that you like that you found along the way?

It’s just stuff that hits me. There’s no particular reason. Sometimes it’s just at a given time in your life, there’s a set of words and maybe the tune that goes with it that you just don’t get out of your head. Sometimes it just sticks with you for no real reason. And those are the ones that I’ve always felt like doing because there’s some kind of message in them somewhere. Even between the lines a lot of times. 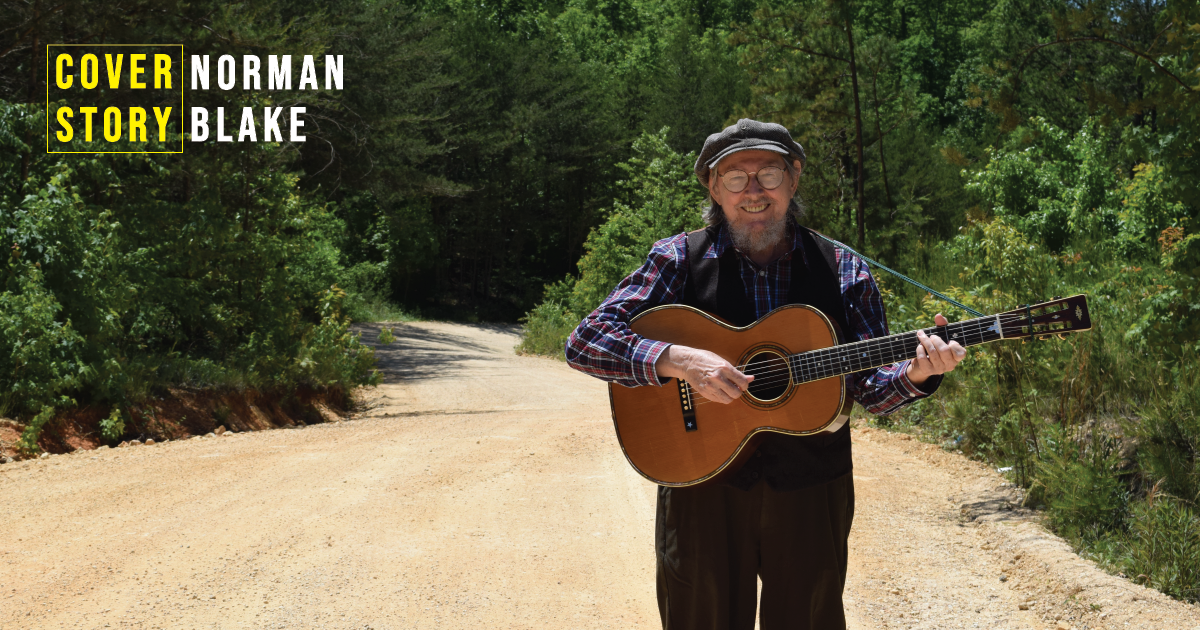 How does being a songwriter affect you as a song collector and vice versa?

The old songs have always affected what I wrote. I always liked to say that if I wrote a song, I wanted it to be hopefully as good or approaching as good as some of the old things. And sometimes that’s real hard to do because you’re dealing with a different time and language. They influence each other back and forth. One feeds the other, I think.

Yeah, I’m glad that some of that has happened. That’s a satisfying thing for me to know that, because I feel like then my stuff might stand up in the long run, as well as some of the old stuff, which is what you’re looking for.

By recording these old songs you’re actively keeping them from being forgotten. But one of your original songs, “Time,” is about how we can’t control the passage of time.

That’s right, yeah. And you remember a lot when you grow older. I think that song speaks to some of that. Some lines in that song, in the first couple of verses, are a little more abstract. A lot of things that I might have written in the past took a different approach. And then it gets, I think, into more familiar territories as it goes on, as to the kind of stuff that I might usually write.

The other original is that banjo tune, “Old Joe’s March.” Have you been playing a lot of banjo recently?

Been fooling with the banjo over the last four or five years, yeah.

Sounds good on that track.

Well, thank you. I don’t have any particular style that I try to identify with. There are so many great banjo players and so many styles. I’m just playing what seems to come natural to me on that instrument. I played guitar behind a lot of banjo players in my life, and I guess I heard all kinds of banjo, so I don’t know, I have a conglomerate of a lot of things in my head. And then being a dobro player, too, I think some of my right-hand stuff might even come over from that a little bit. My banjo playing is kind of in a different vein. A lot of it is two-finger influenced and sometimes it gets into a clawhammer thing.

I love that because those old banjo players weren’t trying to do anything in a particular style. Most of the time they were just trying to play the banjo.

That’s right, yeah. They didn’t have anything to go by, all those old guys. They were just isolated. And that’s just what they came up with.

Your guitar playing feels that way to me. There’s not really anybody that sounds a lot like you. And it doesn’t seem like you’re trying to emulate anybody.

No, I don’t. I never was a good copy of when it came to other people’s music. I’ve always said my approach to it was that I tried to take the mood of it. If it spoke to me in that way, I’d rather take the mood than try to actually play their licks or something.

I think that’s part of why you’ve become a steward of this older style of music because it’s not just you copying something and putting it out. It’s very much in the same musical vein as the people creating that music 100 years ago or more.

It’s hard to copy an era at a time. That’s the hard part to copy if you really are trying to, because time is just different today than it was 100 years ago.

And you’ve lived through a lot of huge changes in the world. It’s changed so much since you were a kid.

Oh, yeah. Oh, my goodness. Yes. I realize that a lot of those changes are natural, and I’m certainly not against progress but I feel some things are being lost. People are not living such a rural existence in this kind of music anymore. This music has moved into the cities, urban areas, and a lot of the people playing it now are coming from those areas, so it’s bound to change. That’s been happening ever since it’s been going on. And there are some great players out there, some awesome musicians these days, no doubt about that.

I was wondering why you did everything in one take for this record. Was there something behind that decision?

Personally, I never was one to want to go over stuff a lot. I tried to basically know what I was doing before I went in there. I knew these by heart. I have read a lot of stuff right off of a book when I recorded and done it that way, and then I didn’t learn them after I recorded them. But I did know these old songs, and I’ve always been of the thinking that that first or second go-around is the most spontaneous thing. And that’s got something. If you go over it, you may polish it up a little bit, but I think you can get the spontaneity and the feeling sometimes the first or second time around. I always try to do that if I can.

I’ve heard stories about Bill Monroe saying similar things about not wanting to do too many takes.

No, you get bored with it and you start losing more than you gain sometimes. I’ve always felt that my performance in the long run somehow is not much different than an old radio program. In a way I could get up on the radio and do the same thing I do on record, basically. I’m kind of a holdover from the old radio days which were getting towards the end when I got started.

That’s really interesting. I never connected those dots, but that makes a lot of sense.

Especially since, yeah, I always admired people that could do that, who could just get up in front of a microphone and do what they did and it came out and that was it. That’s how they sounded. And that’s kind of the approach that I tried to take, especially when I’m playing by myself. That’s totally it. That’s the way I’m thinking about it.