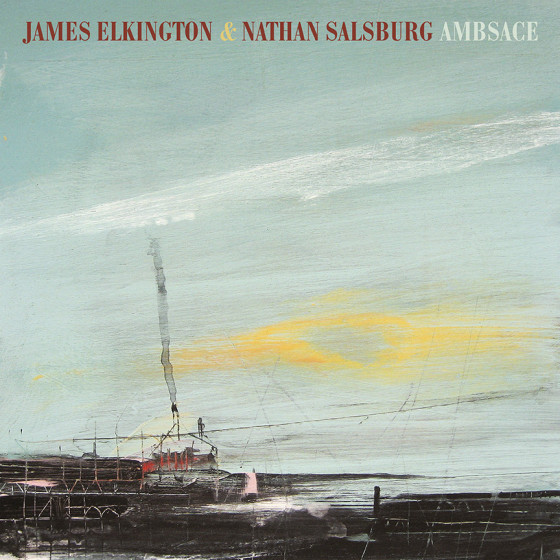 There are lots of dudes doing the fleet-fingerpicking thing: Daniel Bachman, William Tyler, Steve Gunn, and Chuck Johnson are all guys at the top of their game who have put out excellent records in the last year-plus. Today, we've got another entry into that canon for your consideration — James Elkington and Nathan Salsburg's "Up of Stairs," the first single from their mid-September release Ambsace.

The album is the duo's second LP together; their debut Avos came out in 2010. They've each been busy with numerous other projects: Elkington has worked with the likes of Gunn, Daughn Gibson, and Jeff Tweedy; while Salsburg's full-time gig is the curator of the Alan Lomax archive. (He also appeared on another recent Song of the Week, Joan Shelley's "Stay On My Shore.")

"Up of Stairs" opens with bright, complementary guitar licks that immediately feel warm and inviting. The song's notes ring with remarkable clarity, and the whole tune feels like a bad-vibes antifogmatic. Even if you're not in a funk, the graceful beauty of "Up of Stairs" will make your day even better. The song's title, Salsburg says, goes back to the pair's recording process in Elkington's attic studio. "There were lot of downstairs trips to refill on coffee and binge on carbohydrates," he offers. "I remember thinking one afternoon that we should take a break to go out of doors; instead, we went back up of stairs.”

You can take a listen to "Up of Stairs" below, and learn more about Ambsace via Paradise of Bachelors.