Jenna Moynihan, ‘The Chill on Montebello’ 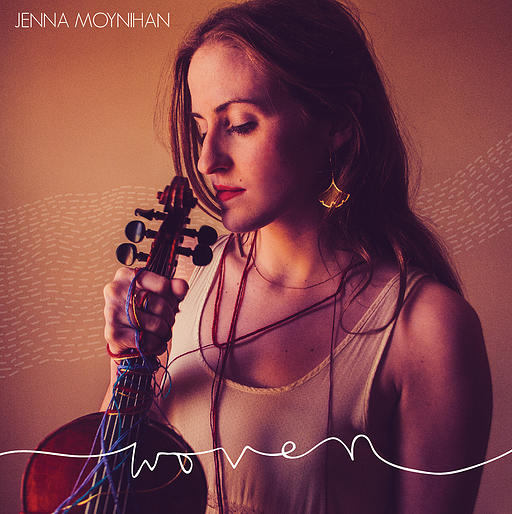 It's not quite snow season yet, but you can steel yourself for the looming cold weather with Jenna Moynihan's new "The Chill on Montibello," from her new album Woven. The beautiful fiddle tune, she says, was inspired by her hilltop home in Boston.

"I wrote this tune on the first snow, while living at the top of a seriously steep hill here in Boston. When it was icy, you kind of had to just let yourself slide down and hope for the best," she says.

The track begins with an older version that Moynihan recorded with Darol Anger a few years ago on a laptop. It's scratchy and rough, recalling the old-time 78s of decades long past.

"We made that recording sound even dirtier to feel a bit like a field recording," Moynihan explains. From there, the song blooms into a slightly cleaner arrangement. Della Mae's Courtney Hartman joins in on guitar, rounding out the higher fiddle counterpoints with warm, low riffs.

"Darol and Courtney are such brilliant musicians. Playing with them is like a having a conversation, and we're all just living in the tune. That's what I'm interested in; the construction of an atmosphere around a melody — displaying the melody through my playing, instead of the other way around," she says.

The song's rich melody and its winding, intricate instrumental components make it worthy of many, many listens. You'll find something new to appreciate with each play — get started on it below.