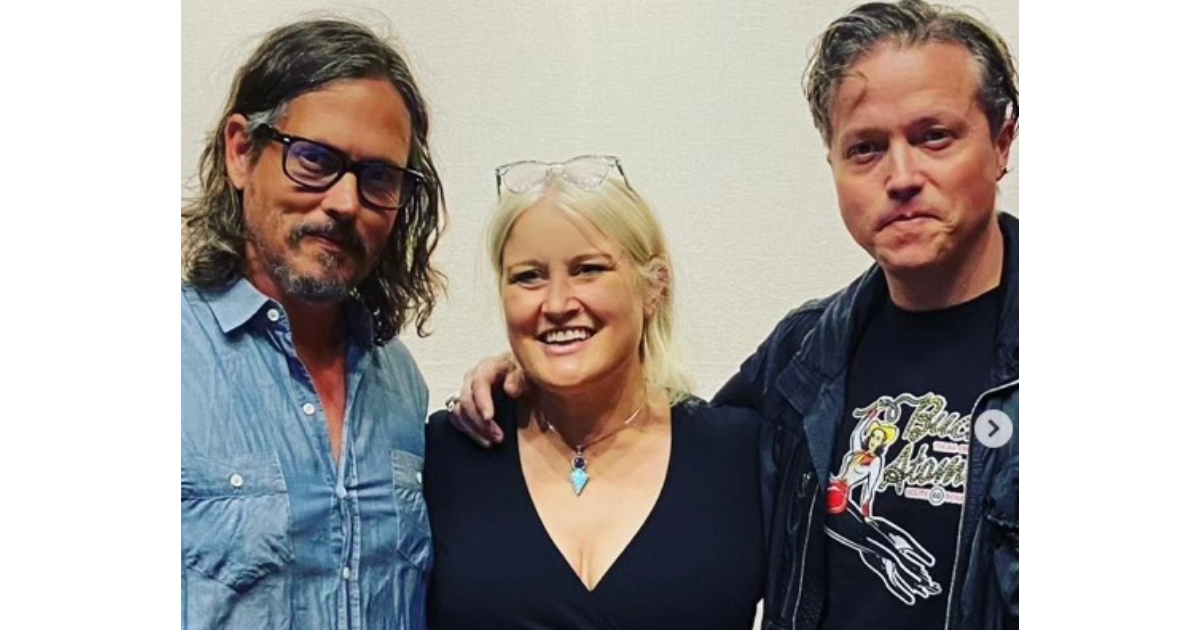 Supergroup alert! A trio of top songwriters and musicians have joined forces. The collective is made of Paula Cole, Jason Isbell, and John Paul White, who share their talents to create For The Birds. The release features two tracks, this lead single titled “Mother, Son, and Holy Ghost,” and another, more upbeat track titled “Ricochet.” Both tracks are wrought with heart-melting lyrics and velvety harmonies that provide a glimpse into the alternate plane on which great writers like these operate.

“‘Mother, Son and Holy Ghost’ is about a man who has lost his wife and child,” says Cole, a Grammy Award-winning pop artist who released a roots-oriented album titled American Quilt in 2021. “The song describes his lonely landscape, his attempts to fill the void. Of course, a tight grip is futile. He must come to terms with loss in order to be fully alive.”

John Paul White, formerly of the Civil Wars, observed, “I was beyond thrilled to get the note from Paula to collaborate. She’s an enigmatic performer, a brilliant wordsmith, a riveting singer — and an even better human being. So happy to be a small part of her fantastic career, and to be her friend.”

The mutual admiration continues, as Cole adds, “I wrote a song for Jason, John Paul and myself. I sent them a demo. Thankfully, they liked it well enough, and I booked us some time at Ocean Way Studio in Nashville,” Cole says. “I mused upon the lyrical idea of the holy trinity for us as a trio, except I feminized God. Our meeting felt like a reunion, so natural. I had never met Jason or John Paul before, and yet, we felt kindred. I think our collaboration is beautiful. John Paul plays a gorgeous acoustic guitar part, Jason plays iconic slide guitar. They are both tremendous musicians. I play piano. We all sing. It felt like a band, I loved this experience.”