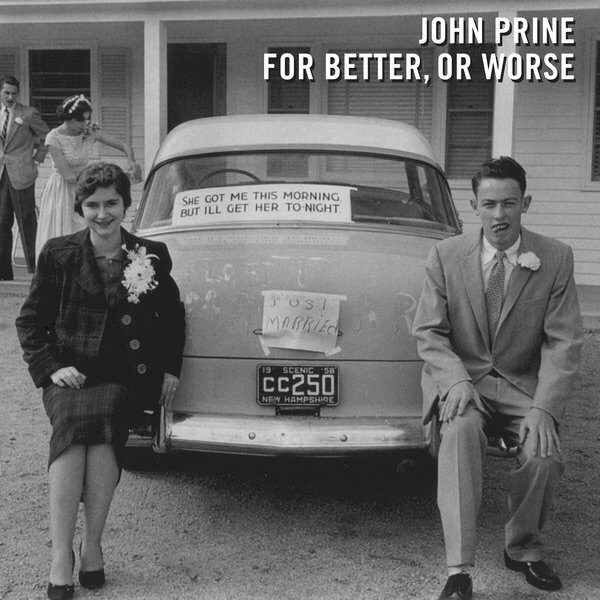 Keeping the circle unbroken in country music is a very serious thing — legacy, family, and tradition are not to be taken lightly, with certain last names (Williams, Jennings, Cash, to name a few) holding the most shimmering of golden thrones. There's that legacy, and then there are the interlopers: like a singer/songwriter from Illinois named John Prine who, without any actual geographical or genetic pre-programming, manages to carry in his body some of thickest, most brilliant blood in the business, grabbing a laugh in the same sentence as a tear. Few can blend wit and wisdom like Prine can, often because he takes that storied circle and warps it into loops and figure eights, without ever losing its original foundation.

Despite his unparalleled skills as a songwriter, one of Prine's most beloved LP's is 1999's In Spite of Ourselves, a collection of classic country duets that contained only one original: the title track, sung with Iris DeMent, which boasts lines about big balls and underwear-sniffin' while still managing to paint a sincere picture of love enduring, for better or worse. It's a purely Prine move that, on an album of reverence, he still warped tradition to suit his splendors and squeezed sweetness out of a panty-puffer.

Thus it's why his version of "I'm Tellin' You," off For Better, Or Worse — his casual companion to In Spite of Ourselves — is one of the truest examples of how Prine, even when not driven by his own pen, twists and tangles the past in his own tender humor. One of the album's more unassuming little ditties, the duet with Holly Williams bends tradition (Williams, of course, is the granddaughter of Hank and her grandmother, Audrey Williams, used to perform the tune) with the Prine eye, turning it from a solo affair into a push-pull conversation. "You better straighten out, I'm tellin' you," they sing to each other while a mischievous fiddle dances along. Prine saw the charm in those aged words but knew that all love is a two-way street — not just preserving the circle, but turning it into a sphere.