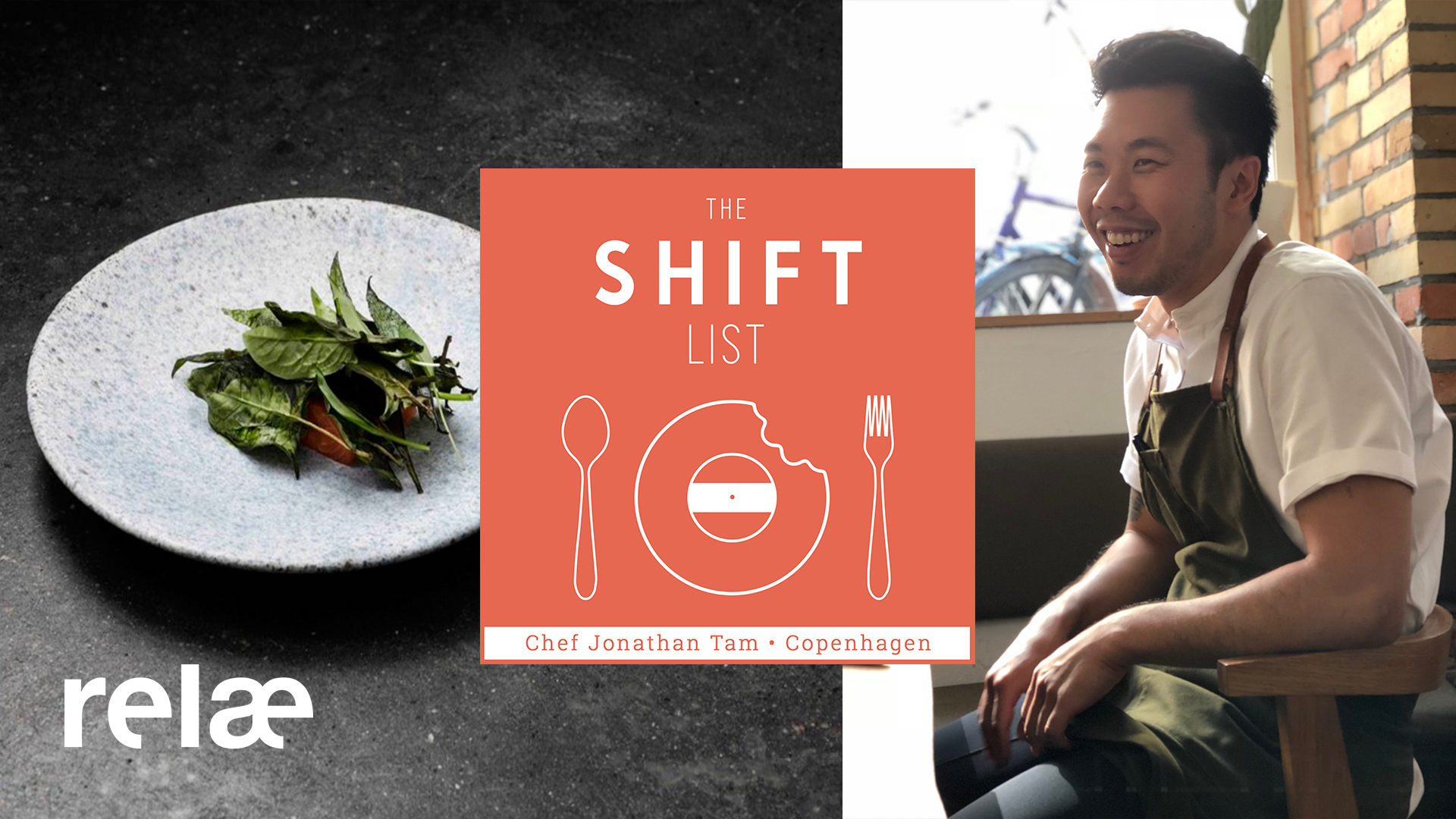 Chef Jonathan Tam begins his shift with Italian love songs (against his will), ends it with R. Kelly, and puts a permanent moratorium on Johnny Cash.

Relæ was the first restaurant opened by Chef Christian Puglisi, and Tam’s been with him from the start.

Trained at a culinary school in his hometown of Edmonton in Alberta, Canada, Jonathan, he landed an internship at NOMA in 2007 and has been in Copenhagen ever since.

His elevation to executive chef at Relæ was a natural progression, as he’s been creating menus at the restaurant with Puglisi from day one back in 2010.